Because it's the biggest and most high profile festival in the world Glastonbury is both much loved and also sniped at. For some people it's the most diverse and uplifting communal music experience in the UK but for others like music writer Neil Davenport it remains the enemy! The post Remember when post-punks hated Glastonbury? Neil Davenport does appeared first on Louder Than War. 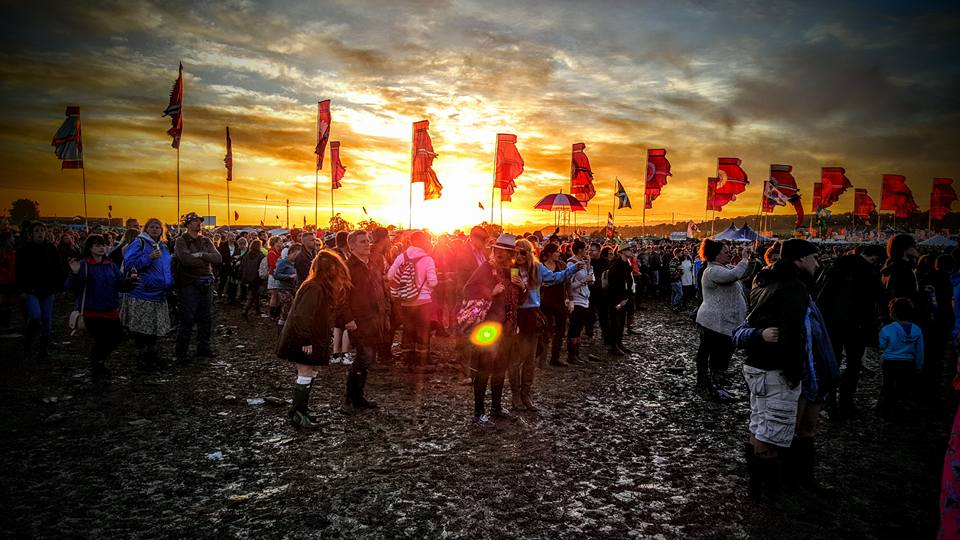 Because it’s the biggest and most high profile festival in the world Glastonbury is both much loved and also sniped at. For some people it’s the most diverse and uplifting communal music experience in the UK but for others like music writer Neil Davenport it remains the enemy!

With no Glastonbury festival this year, the week has been given over to Glastalgia – Top 50 most memorable moments of Glastonbury in the Guardian, BBC iPlayer cherry picking key performances and so on. In The Times this weekend, Caitlin Moran interviews Emily Eavis about the devastating impact of Covid 19 on the festival. (Solidarity to all those who’ve lost income during the closure). Apparently, festival regulars are planning Glastonbury mocks up in their back garden to compensate.

For this reason and many more, Moran argues that Glastonbury is so culturally significant, it has become an event to compare with Christmas. It has become a traffic-stopping festival that people diarise and plan around. Glastonbury, then, is on a par with Jesus. Anyone who disagrees is, obviously, a heretic or possibly Jacob Rees Mogg.

Glastonbury’s shift from minority interest to cultural pre-eminence began around 1990. The emergence of warehouse raves a few years before and the two ‘Madchester’ summers made Glastonbury fit with the zeitgeist for the first time in years. A new generation familiar with standing in fields connected with Pilton in a way slightly older indie kids had not. By 1994, it led the BBC to provide rolling coverage of the festival in a manner akin to Wimbledon or the World Cup. Keen to shed its ‘Smashie & Nicey’ image, it was a masterstroke in re-branding the BBC with alt.cult edge. Out went presenters whose knowledge of popular music extended only to The Eagle’s Greatest Hits, in came ex-NME music journalists and night time radio DJs. All of a sudden, ‘our’ side was centre stage but without scaring off a mass audience. In fact, it all helped push Glastonbury to the all-conquering behemoth it is today.

But there’s another side of Glastonbury history that has disappeared from the usual profiles: how much Glastonbury was hated. That’s right, how the very idea of Glastonbury’s peace and love vibes would bring out mods and post-punks in a rash. Occasionally, we get glimpses of the tensions between Modernists and Hippies that was once a feature of the festival. In a recent retrospective on Glastonbury, Paul Weller admitted that the idea of the Style Council playing Glastonbury back in 1985 was considered ‘incongruous’ to put it mildly. In a bid to probably wind up crusty anarchists, Weller decided to wear a bright white suit for the occasion – not a wise choice given that year’s mud bath (and how a lot of it ended up on stage). Still, it was a choice that signified defiance against the crusty norms – a standpoint that probably wouldn’t be dared today.

Another associate of Weller & the Style Council, Tracey Thorn, has also expressed a modernist scorn to what Glastonbury represents. In her brilliant memoir, Bedsit Disco Queen, she writes that Glastonbury represented ‘everything I hated and was bent on destroying.’ A lot of the music press in the Eighties felt the same. Shockingly for younger audiences today, music journalists then did not hold Glastonbury with any great reverence. It was generally seen for what it had become by the Eighties: a refuge for Sixties ‘heads’ who seemed unwilling and unable to get proper jobs. The line-up often attracted worthy types who’d crossed over into the terminally unhip (Elvis Costello, Squeeze, Robert Wyatt) or old prog types (King Crimson, Hawkwind) who’d slept through punk.

Forget about any attachment to rustic idealism from the Eighties set, either. As Thorn says in Bedsit Disco Queen: “I’ve always thought gigs should be things that happen at night, after dark, in cities, preferably in front of crowds of no more than a few hundred.” The modernist spirit that big cities were preferable to yokel places like Pilton came to the fore when the Manic Street Preachers played Glastonbury in 1994. Infamously, bassist Nicky Wire barked that Glastonbury was a ‘shit hole’ and that a bypass should be built over Worthy Farm. On the 20th Anniversary of the Manics playing Glastonbury in 2014, Wire sounded a note of contrition and said ‘how could I be that angry over nothing?’

But does Wire really need to ask? His gut instincts were correct the first time 26 years ago. For post punk modernists, Glastonbury’s hippie set and their awful politics were the enemy. Echo & the Bunnymen’s Ian McCulloch hadn’t forgotten that, either. In 1997 McCulloch felt that the Bunnymen were short changed by being booked to go on first. He ended up bad mouthing Glastonbury on stage and questioned the charitable motives behind the festival. Michael Eavis apparently threatened to sue. “The hassle that the agents went through to get us on there and the record company going “oh it’s fantastic you’re on Glastonbury”,” said Mac in a recent interview. “But it’s not that fantastic. We headlined in ’85. It was just one of them things, because I’ve never really understood festivals or festival crowds. They’ve always got purple hair and tattoos and shitty undies. Which is alright I suppose, but I don’t like that. I was always a soap and water dude.”

Nevertheless, Glastonbury these days is not above giving stern advice on appropriate behaviour. For years it has gone big on killjoy ‘health and safety’ culture related to safe sex, safe drug taking and endless lectures about how healthy eating will ‘save the planet’. In some circles, the Greenpeace vibes and Extinction Rebellion flyers still give Glastonbury a radical, anti-Establishment edge. But if it was that edgy and threatening, it’s unlikely that the festival would have an army of BBC cameras there or Observer journalists breathlessly telling us that the £250.00 ticket is a ‘mirror of society’.

What Glastonbury does reflect these days is how the festival’s counter-culture roots are the dominant values in British society as a whole. Covering Glastonbury was designed to give the BBC a hippie makeover, but it was also designed to reshape the values and beliefs of British society at large. In the context of old traditional conservativism, British nationalism and raging intolerance, maybe that’s not such a bad thing? The hippies have won the fabled Culture War – it is Last Night of the Proms that’s now confined to the margins.

But for many of us older modernists and post-punk types, the hippies of Glastonbury never spoke for ‘us’ either. Sure, they challenged traditional conservative values and attacked The Man. The festival’s original premise for experimenting with culture and lifestyles was a welcome space for greater individual freedom, too. But the problem with the counter culture hippies is that whilst they attacked conservatives, they also attacked the considerable gains of modernity, too. For a left who wanted those gains to be made more widely available for all of humanity, their ideas represented a barrier to progress.

The Glastonbury set may not be ‘Tories’, but for many of us they were still reactionaries. Glastonbury as popular as Jesus? Here’s to the heretics.

The post Remember when post-punks hated Glastonbury? Neil Davenport does appeared first on Louder Than War.