Video games get the classic Italian Giallo treatment with the new survival horror title, Remothered: Broken Porcelain, the sequel to the 2018 hit. 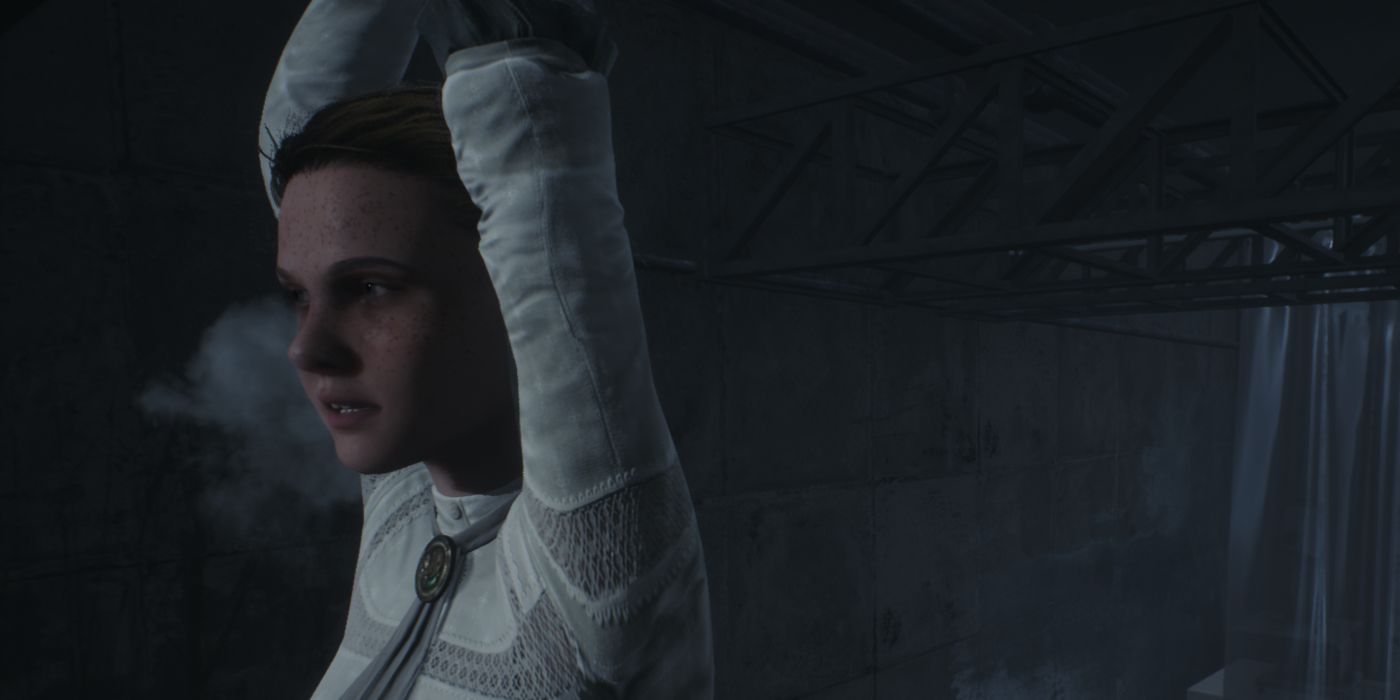 Following the success of the Italian horror game, Remothered: Tormented Fathers in 2018, the team at Stormind Games is back with a sequel that looks to improve on the original while adding new horror elements and higher production values while expanding the lore of the series. Screen Rant was shown , and came away impressed at the improved visuals and focus on cinematic stealth gameplay. The demo was led by writer/director Chris Darrill and producer Antonio Cutrona, who also answered our questions about the provocative horror game.

Remothered: Broken Porcelain is a sequel to the original, but plot details and possible connections to the original game are being kept secret for now. Darrill promises the return of familiar faces from the original, and teases that the two titles are "undeniably connected." Still, he promises that newcomers will be able to dive right into Broken Porcelain without playing Tormented Fathers, since its story does stand on its own, even with the lore connections expanding the larger story at play between the two games.

Related: Giallo Explained: A History Of The Italian Horror Movies

The original Remothered turned heads with its devotion to Giallo horror, or the particular sensibilities of Italian terror. Darrill cites Dario Argento and Lucio Fulci, among others, as influences on him and the game, while also pointing out some influence from Stanley Kubrick's in Broken Porcelain's isolated hotel setting.

Speaking of the isolated setting, Darrill says the mountain location for the Ashmann Inn is based on Mount Etna, a real life Italian mountain located near the studio's home in Catania. Between the distinct horror style and general aesthetic groundings, Remothered is firmly rooted in its developer's national identity.

Remothered: Broken Porcelain sees its young heroine, Jennifer, stalked by the mysterious workers at the hotel, who must be avoided. Fortunately, being discovered doesn't trigger an instant Game Over, and Jennifer has the opportunity to hide, fight back, or otherwise escape from enemies. The demo showed Jennifer injuring an opponent with a bloody stab from a pair of scissors, but the developers stopped short of confirming whether or not she'll be able to kill or indefinitely incapacitate any opponents. Either way, Jen has a lot more movement options than Rosemary from the first game, giving players more tools with which to evade and interact with enemy NPCs.

One of the biggest mysteries of Broken Porcelain is the Moth Eye, a mysterious and seemingly supernatural power that allows Jen to take control of a moth and use the flying insect to explore the environments and even solve puzzles by shorting out electrical devices, presumably sacrificing the moth in the process. The Moth Eye can also be used to highlight enemies, causing an outline of foes to temporarily appear, though it does fade with time.

Visually, Broken Porcelain already looks much better than its predecessor. Jennifer's dress and hair have real physics and are affected by weather and movement, and the animations are noticeably lifelike thanks to an in-house motion capture studio. On all fronts, the graphics of Broken Porcelain mark a true leap over Tormented Fathers. The game won't be mistaken for the cutting-edge RE Engine fueling the modern titles, but it's nevertheless proudly punching above its weight class.

There are surely many mysteries to be discovered in the Ashmann Inn, and our demo only scratched the surface of what Broken Porcelain has to offer. Italian Giallo films have always held a special place in the hearts of die-hard horror fans, and the original Remothered displayed a lot of potential while showing how that genre could translate into video game form. With Remothered: Broken Porcelain, the team looks like they've addressed every criticism of the original game and are striving to make the ultimate Italian video game horror experience for the ages.

Godzilla: Why Rodan Chose Ghidorah's Side In King Of The Monsters

Rise of Skywalker's Finn Reveal Changes How The Force Works