PlayStation's Tim Turi interviewed Capcom's Kiyohiko Sakata, director of Resident Evil 3, who revealed a surprising connection between RE3 and RE4. 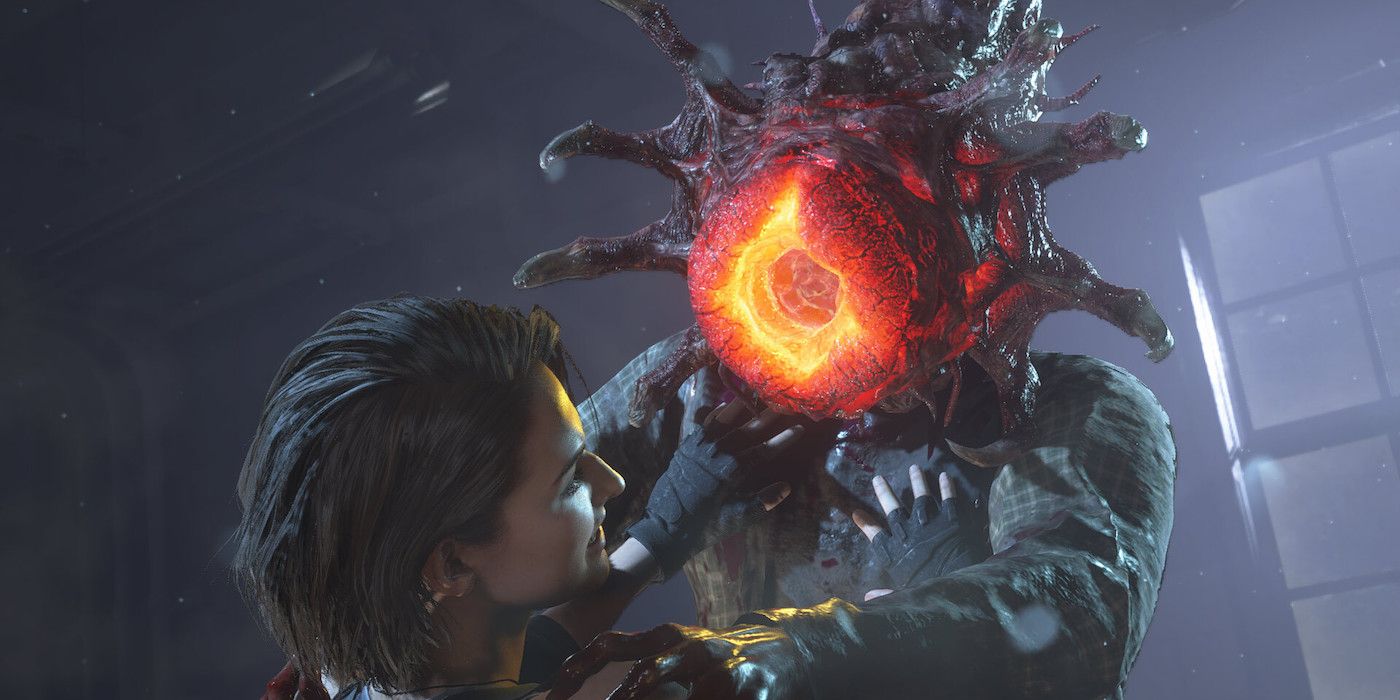 According to Capcom, the Nemesis enemy seen in the remake has an interesting connection to the Las Plagas parasites from Resident Evil 4. In all of Resident Evil's decades of lore, few monsters are as fearsome as the Nemesis prototype seen in Resident Evil 3. A truly one-of-a-kind monstrosity boasting the strength of a Tyrant with added intelligence and unpredictability thanks to the NE-α parasite, Nemesis first appeared as the namesake creature of 1999's Resident Evil 3: Nemesis. It hunted down surviving STARS members as Raccoon City fell to a T-Virus outbreak, and came into conflict with the last surviving member in the city, Jill Valentine.

Nemesis made a triumphant and terrifying return in Resident Evil 3, the current-gen remake released earlier this year. Though he lost some of his unpredictable stalking action from the original RE3 (traits that were given to remake), the game more than made up for this shortcoming by including numerous white-knuckle boss battles against the fearsome creature, with each fight revealing more hideous mutations to the ungodly abomination.

In a post promoting the addition of Nemesis (and traitorous UBCS agent Nikolai Zinoviev) in the multiplayer Resident Evil Resistance mode, Sony's Tim Turi interviewed Resident Evil 3 director Kiyohiko Sakata about the lore and background of Nemesis. In a surprising development, Sakata said the Nemesis parasite was Umbrella's attempt to replicate the Plaga parasite from Resident Evil 4. As Sakata describes below, this revelation adds needed links to connect RE4 with previous titles in the series, and has far-reaching implications for the heavily-rumored remake of Resident Evil 4:

We inevitably decided on this final ability due to the presence of Ganado in Resident Evil 4. Ganado are humanoid enemies that are created through being infected with the Plagas parasite, the original basis for NE-α. When the Plagas activates, it spawns from the neck of its host in the form of a tentacle. NE-α was created to imitate this parasitic quality. We wanted NE-α infected enemies to be visually similar to the Plagas-infected Ganados as a means for fans to piece together how Nemesis fits within the whole Resident Evil franchise. While this was the design and background for Nemesis in this reimagining of Resident Evil 3, we should note that Nemesis was not designed with this in mind in the original Resident Evil 3: Nemesis.

The original 2005 release of Resident Evil 4 was criticized in some circles for not featuring series villains The Umbrella Corporation in any kind of meaningful capacity; instead, the opening narration of the game reveals the mega-corp was disbanded following the destruction of Raccoon City. As such, RE4 represented a new start for the series, taking the franchise in a new, more action-focused direction. While Nemesis was the product of a parasite, there was never any narrative connection between the parasites of RE3 and RE4 until now. It's also noteworthy that the blog points out this relationship was not present between the , adding further fuel to the fire of the rumored RE4 remake.

If a is truly in development, it's possible Umbrella could play a larger role in the upcoming title. Despite the presence of Ada Wong and Albert Wesker (in Ada's Separate Ways campaign mode), the original game never suggested Umbrella had any direct impact on the game's events, or connection to Osmund Saddler's cult, "Los Ganados." Perhaps the rumored remake will feature the remnants of an Umbrella expedition to discover, or even another secret lab established by the nefarious pharmaceutical company to explore. Either way, the often disconnected Resident Evil 4 has suddenly found itself more intimately tied to the lore of the rest of the series, including Resident Evil 3.

Next: Everything We Know About Resident Evil 4 Remake

Mission Impossible 7: Every Character Returning In the...