Reykon Talks First-Ever Professional Fight: ‘I’m Ready for Anything That Comes My Way’ 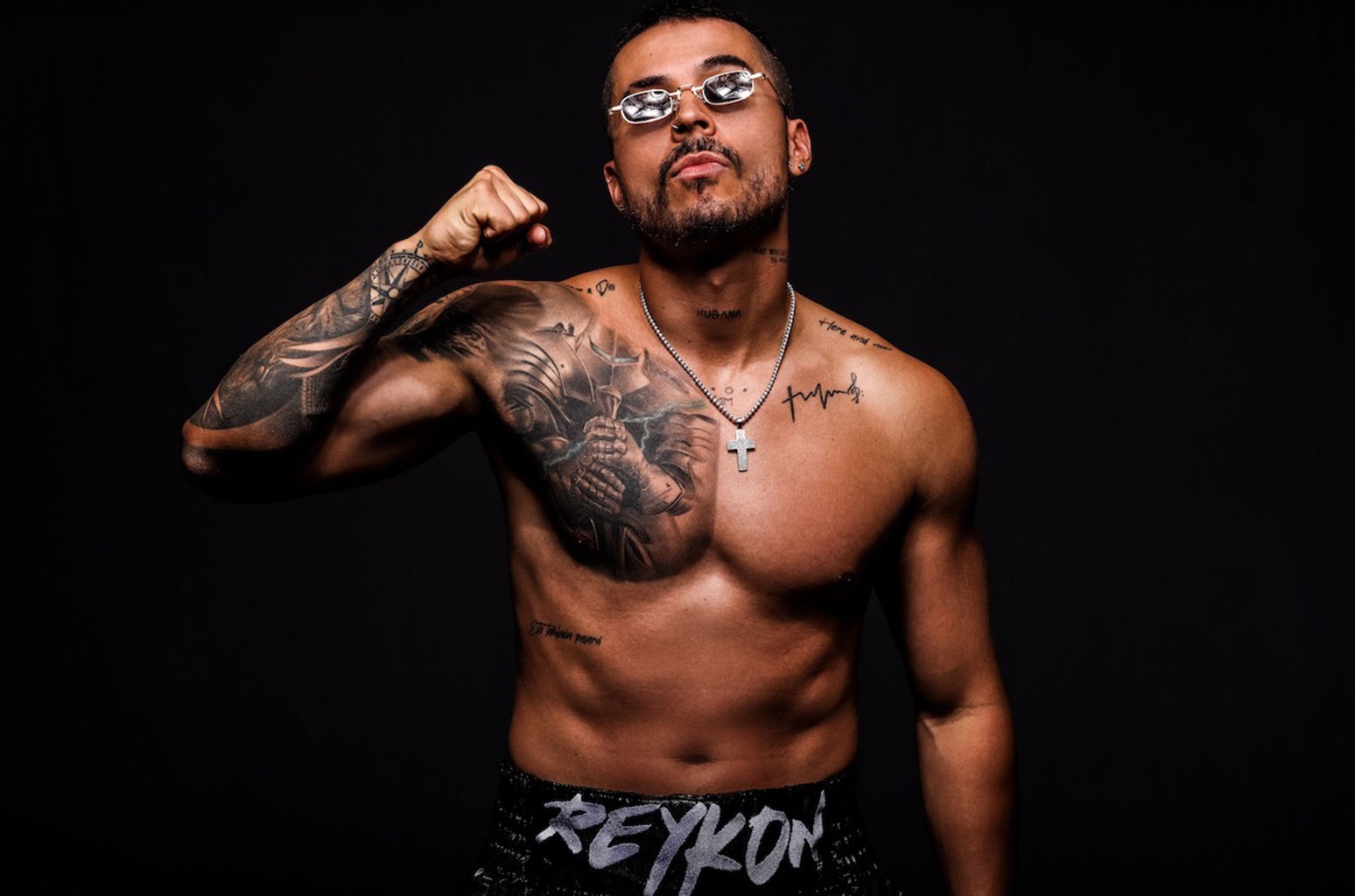 For the past two months, Reykon has been training twice a day in Miami, preparing for what will be his very first professional fight against WBA International Champion Joe Fournier set to take place Saturday night (April 16) in Atlanta at the Triller Fight Club event.

Why the Colombian reggaeton singer is going in the ring to box Fournier on a fight card promoted by Triller, a company that is mixing hip-hop entertainment and boxing? Well, that gets a little blurry.

It all started back in February when both had an encounter at a nightclub in Miami. “He challenged me the next day and I thought, ‘I don’t even know this guy,'” Reykon remembers. “But I agreed because I want to prove that I’m ready for anything that comes my way. I know that training two months won’t equal all his years boxing, but I’m mentally prepared, and that’s where I’ll outsmart him.”

Besides training twice a day — once in the morning and again at night — Reykon has been consuming more calories and drinking lots of water. “My routine hasn’t changed drastically because I’ve played soccer all my life,” he says. “My training begins with a warm-up of jumping rope, which I learned to do because I’ve never jumped rope before, and then you start, then gradually we go into boxing routines with and without the gloves.”

Reykon, who spoke to Billboard three days before the big fight, is already feeling like a winner regardless of the outcome. “Boxing has really helped me connect with myself and focus on my life and career. The discipline I’ve learned is like no other. If this process has taught me anything, it’s that we should always have a plan B in life. In boxing, you always have a plan, but if a punch is strong enough to bring you down, you have to react fast in order to quickly make changes to that plan. It’s all about focus.”

But fans shouldn’t get used to seeing Reykon in this light: It’s not in his plans to stop singing and become a fighter. “My thing is music,” the “La Suite” singer says. “I accepted this challenge because I want to entertain people, that’s what I do. And there are many musical projects that I plan on releasing soon. So I want my fans to just sit back and enjoy the fight. I’m the one that’s receiving the punches.”

Triller Fight Club, which will also include performances by Justin Bieber, Doja Cat and Diplo, among others, starts at 9 p.m. ET. Tickets to stream the event can be purchased here.