Daniel Ricciardo says that getting behind the wheel of the late Dale Earnhardt's Chevrolet Monte Carlo at COTA... The post Ricciardo: Earnhardt demo ride at COTA 'a dream come true' appeared first on F1i.com. 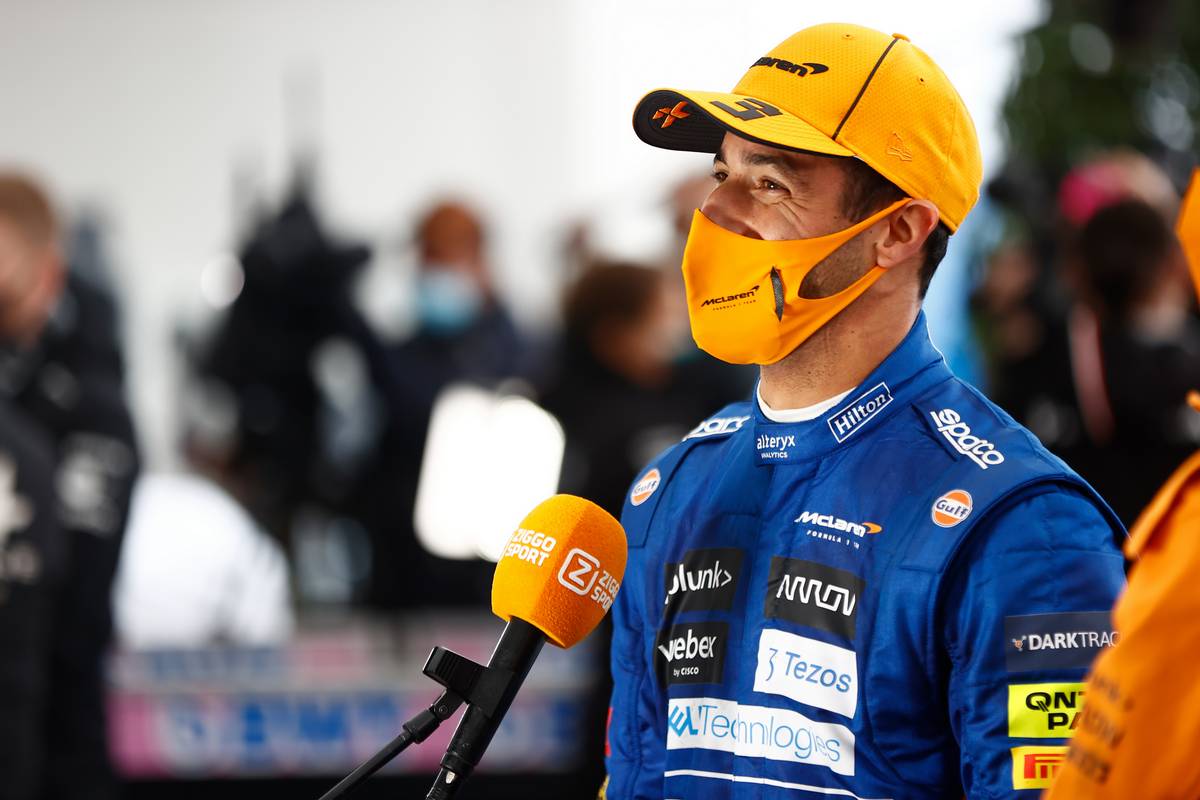 Daniel Ricciardo says that getting behind the wheel of the late Dale Earnhardt's Chevrolet Monte Carlo at COTA this week will be a "a dream come true" moment.

Ricciardo will run some demo laps onboard his childhood hero's 1984 Nascar charger at Austin ahead of next weekend's US Grand Prix, a prize promised and donated by the famous car's owner - McLaren boss Zak Brown – following the Aussie's remarkable win last month at Monza.

Ricciardo thus heads to Austin with a double-dose of excitement to look forward to: a stint onboard the Chevy and the 17th round of the 2021 F1 World Championship.

"I’ll be getting behind the wheel of Dale Earnhardt Sr’s 1984 Wrangler Chevrolet Monte Carlo," said the McLaren driver in his team's US Grand Prix preview.

"He’s a big hero of mine, so to be able to drive one of his cars is going to be a surreal moment and a bit of a dream come true.

"A big thanks to Zak for keeping his end of the deal and making this happen. I can’t wait!"

However, as excited as he may be, Ricciardo's main focus is on next weekend's race at the Circuit of the Americas where the 32-year-old aims to return among the top-ten after a lackluster performance in Turkey.

"COTA is arguably one of the best tracks we get to race on," commented Ricciardo.

"We need to make up for missing out on being there last year, so we’ll be working hard for a good result.

"We’ve taken the time between races to analyse, understand and learn from what happened last time out.

"We’re ready to move on and focus on the challenge of this weekend.

"I think some sections of the track will suit us, so we should be in the mix for some points come Sunday."

Williams would open the door for 'brilliant' Schumacher

The ROC will return next year, three years after its previous edition that took place at the Autodromo Hermanos Rodriguez in Mexico City in 2019.

Participating countries are lining up their contenders but Hakkinen will return to action at Pite Havsbad, in Sweden, with Bottas as his sidekick.

"I’m very excited to be back racing again and to finally be able to participate in the Race Of Champions," said the 53-year-old former McLaren driver.

"It will be very different from racing in Formula One, but I love competition and it’s so spectacular driving on snow and ice.

"I’ll try to get some practice at my place in the north of Finland before the event."

Bottas, who will move from Mercedes to Alfa Romeo next season in F1, is delighted to join forces with - and also challenge - his fellow flying Finn.

"I’m very happy to have him as my team-mate representing Finland in the ROC Nations Cup," said the 10-time Grand Prix winner.

"But then of course we have to try to beat each other in the individual Race Of Champions. It will be entertaining for the fans, whoever wins it."

The post Hakkinen and Bottas to lead Team Finland at ROC appeared first on F1i.com.