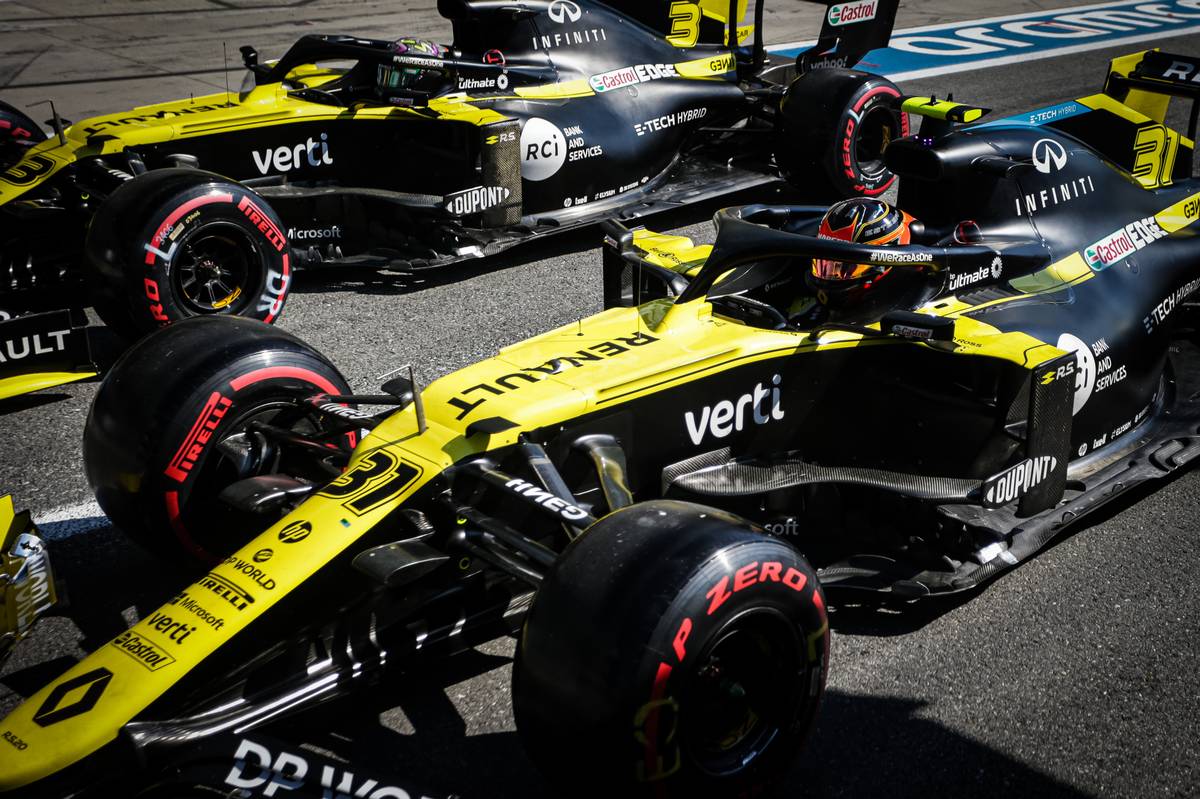 Daniel Ricciardo insisted that he was 'okay' with seventh place on the grid for tomorrow's Italian Grand Prix, after a roller coaster day for Renault at Monza.

The Australian suffered a scare in final practice. He was fourth fastest in the timings when a fuel pump failure forced him out of the session early. Fortunately the Renault engineers were able to repair the issue in the two hours before the start of qualifying.

Even so it was a close-run thing for Ricciardo to make it into the final round. He was in ninth place after his initial Q2 run and was running first on track in his second run when he ran wide into the gravel, meaning he had no further chance to improve.

Fortunately his earlier time proved good enough to get him through after all, and he was able to outpace Lance Stroll, Alex Albon and Pierre Gasly in the final top ten pole shoot-out round.

“We were a little bit behind in qualifying. I felt like we didn’t show the speed that we showed yesterday or even this morning," he said.

"The others ramped up a little more and we might have stayed a little more stagnant," he said, adding that seventh place on the grid felt "like a damage limitation, in a way.

"So then to get seventh, I know we’re deep enough there to have a fight and to race the cars we should be racing. 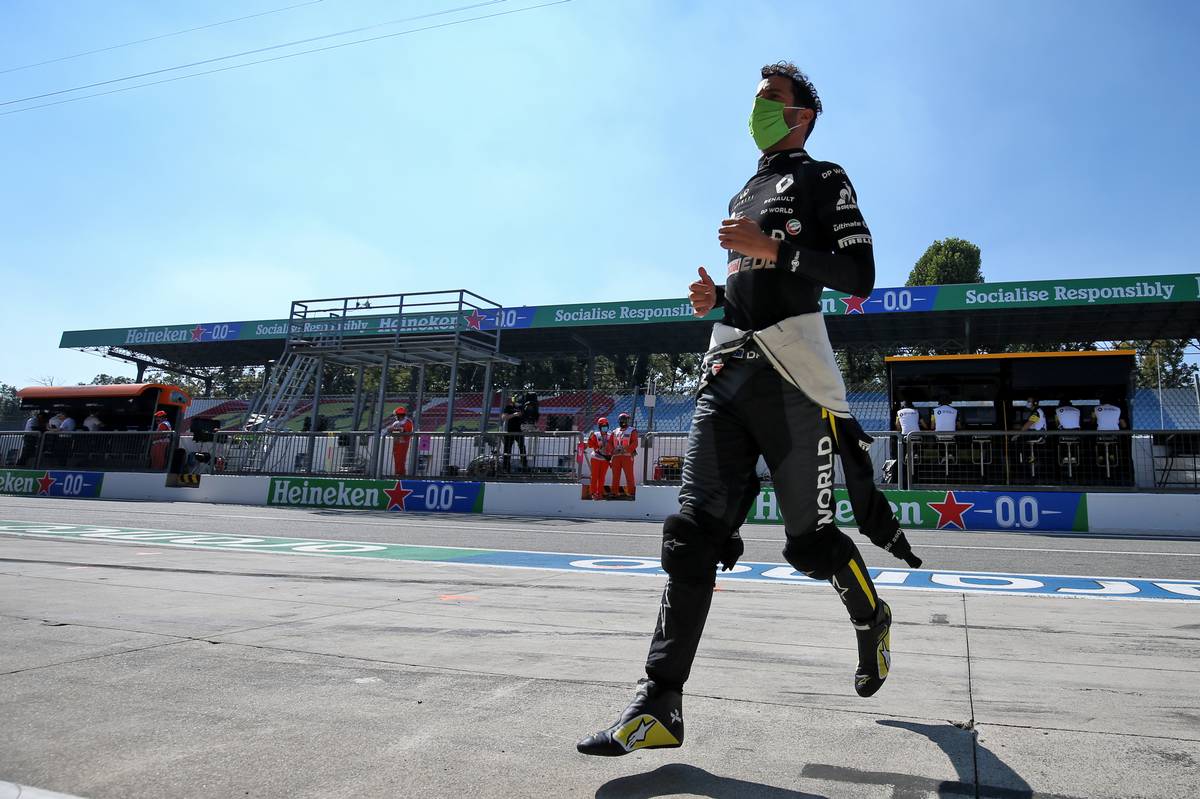 "I’m not going to say we’re over the moon but how the session was tracking, I think seventh was a good recovery.

"To come out of that session with seventh – coming into the weekend, yes, we were hoping for more – but in that hour I actually think seventh was a good job," he concluded. "I’m feeling okay with seventh place."

Meanwhile his team mate Esteban Ocon missed the cut at the end of Q2 and will start from 12th place on the grid on Sunday.

"It was hectic out there at times but we knew it was going to be like that," he said. "It wasn’t a great session from us today and there were things we could have done better.

"In Q2 I was improving and then I lost the slipstream with Daniel going off in front of me," he added. "Our performance was a bit down on what we thought, so we have a couple of things we need to sort." 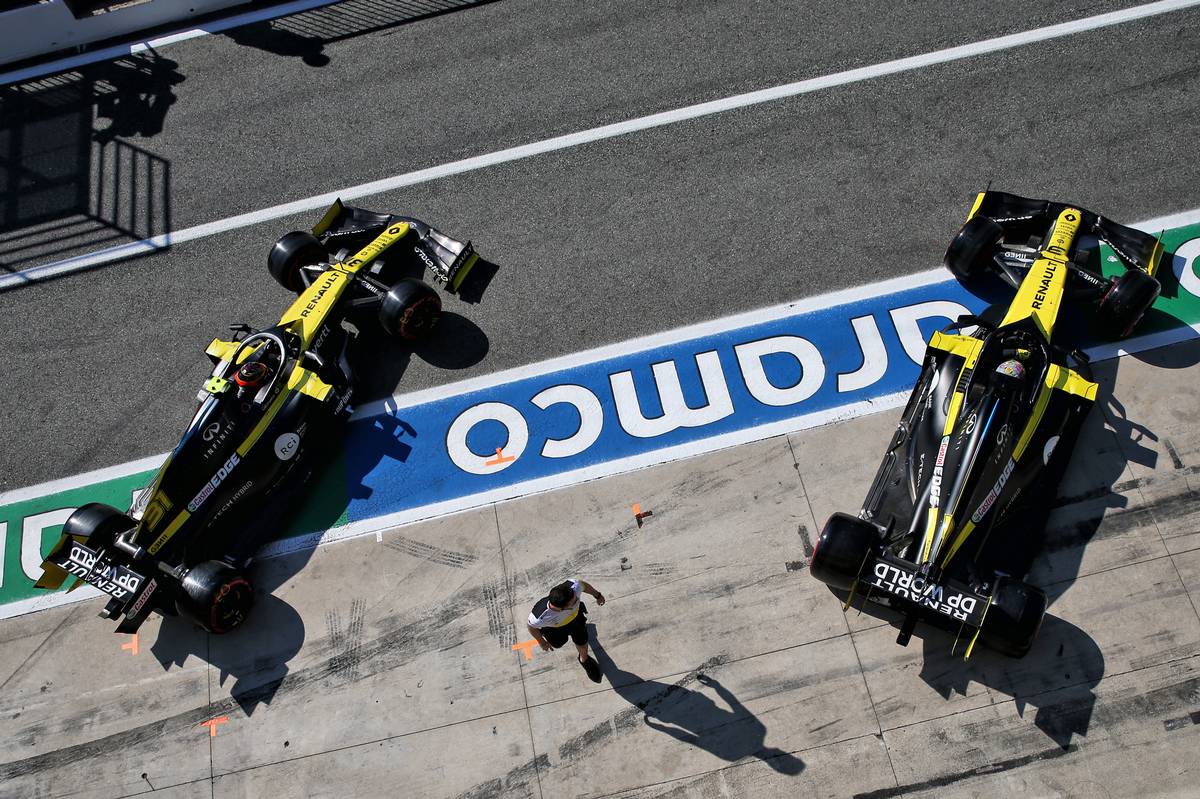 Ocon also had a post-qualifying visit to the race stewards after being reported for impeding Kimi Raikkonen in the hectic last minutes of Q1. On-board footage from the Alfa Romeo suggested Ocon was weaving in order to block Raikkonen’s attempts to overtake.

However the stewards investigation found that Ocon was actually responding to the movements of Nicholas Latifi ahead of him. The Williams was itself reacting to having been passed by Mercedes' Lewis Hamilton.

“The stewards concluded that what appeared to be erratic movement of cars was due to a combination of circumstances which they, and the two drivers present, agreed was probably unavoidable and was not dangerous,” said the stewards' official statement on the incident.

Ocon himself explained what had happened to reporters after the end of the session.

“With the new rule it’s tight for everyone on those delta times and we were trying to get a good gap from the car in front which is normal," he said.

“Obviously Kimi was fighting and if he goes to the inside of me and passes me then both of our laps are ruined, so I did what I had to do and kept the gap in front."

Despite the incident, Raikkonen also survived the cut at the end of Q1 and will start the race from 14th on the grid - right behind Ocon.

"I did what I had to do and then we ended up so close to each other," said the Finn. “It’s not the first time and for sure it’s not going to be the last time that it becomes more like a race situation.”

Ricciardo: We could be in for a crazy race at the Ring!