Daniel Ricciardo believes he could have delivered a big result in Hungary had he been spared a hit... The post Ricciardo reckons he 'could have been up there' in Hungary appeared first on F1i.com. 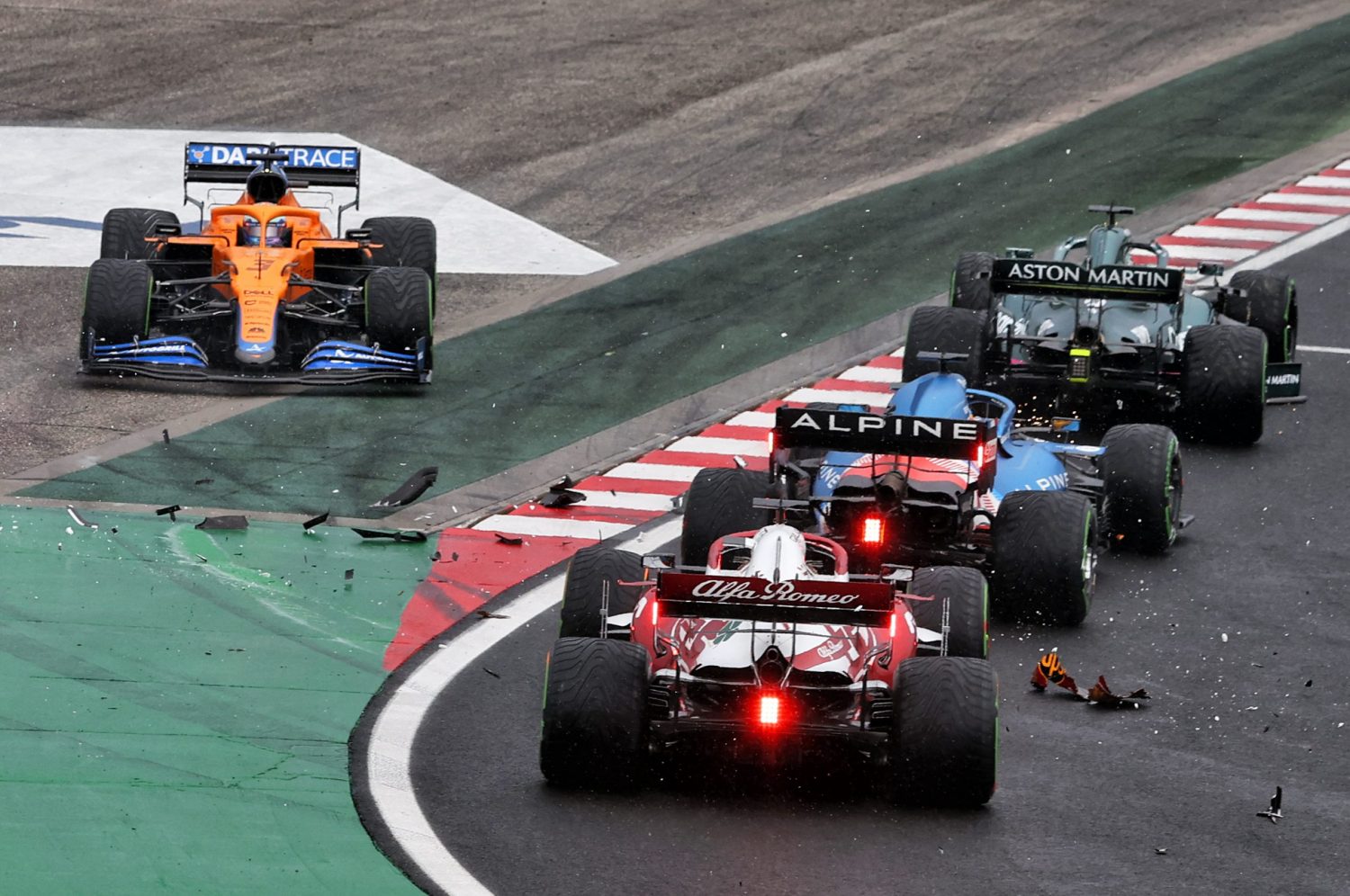 Daniel Ricciardo believes he could have delivered a big result in Hungary had he been spared a hit in the race's opening lap mayhem.

Ricciardo was collateral damage at the first corner in last Sunday's race as a result of Lance Stroll's clumsy run-in with Charles Leclerc that led to the Ferrari driver hitting and spinning around the Aussie's McLaren.

But for a brief moment, Ricciardo thought that he had avoided the worst.

"For a moment I thought I got through the chaos in Turn 1," Ricciardo said. "The start itself was good, I think I got two or three off the line.

"Then I saw Valtteri [Bottas] go into Lando who went into Max [Verstappen] at the start. I was able to get through that in second and I honestly felt like I got through it.

"Just as I went to exit the corner on power I saw Charles come into me and he spun me around. The way he came into me I thought someone had gone into him, because we were kind of through the corner and it seemed weird.

"He damaged his car, damaged mine, I spun, and that was that.

"I saw the replay and Stroll went into him and then he went into me, the team tried to tape up as much as they could, but it was very compromised on the right-hand side.

"We don’t have the fastest car so with some compromises it obviously hurts. With a tricky track to pass it was hard to do anything."

With Norris' McLaren out of the race following the first corner pile-up, Ricciardo was the team's sole representative. Mid-way through the race, the Aussie had settled into the points in P10 but couldn't fend off a late charger from Verstappen.

"There were parts where I could hang on to the cars ahead, but with the car damage we had, and the difficulty overtaking here, it really just limited our race," he said.

"In the end, the tyres were gone, and it was just about trying to hang on for dear life, but I couldn’t hang on to the points.

"It looked very promising, but now, when you look at the race and the chaotic results, you realise you could’ve been up there, but unfortunately not.

"We were one of the many that just got unlucky through no fault of our own."

The post Ricciardo reckons he 'could have been up there' in Hungary appeared first on F1i.com.

Mercedes has assigned George Russell to its team for Pirelli's 18-inch 2022 tyre test at the Hungaroring on... The post Russell on duty with Mercedes and Pirelli on Tuesday appeared first on F1i.com. 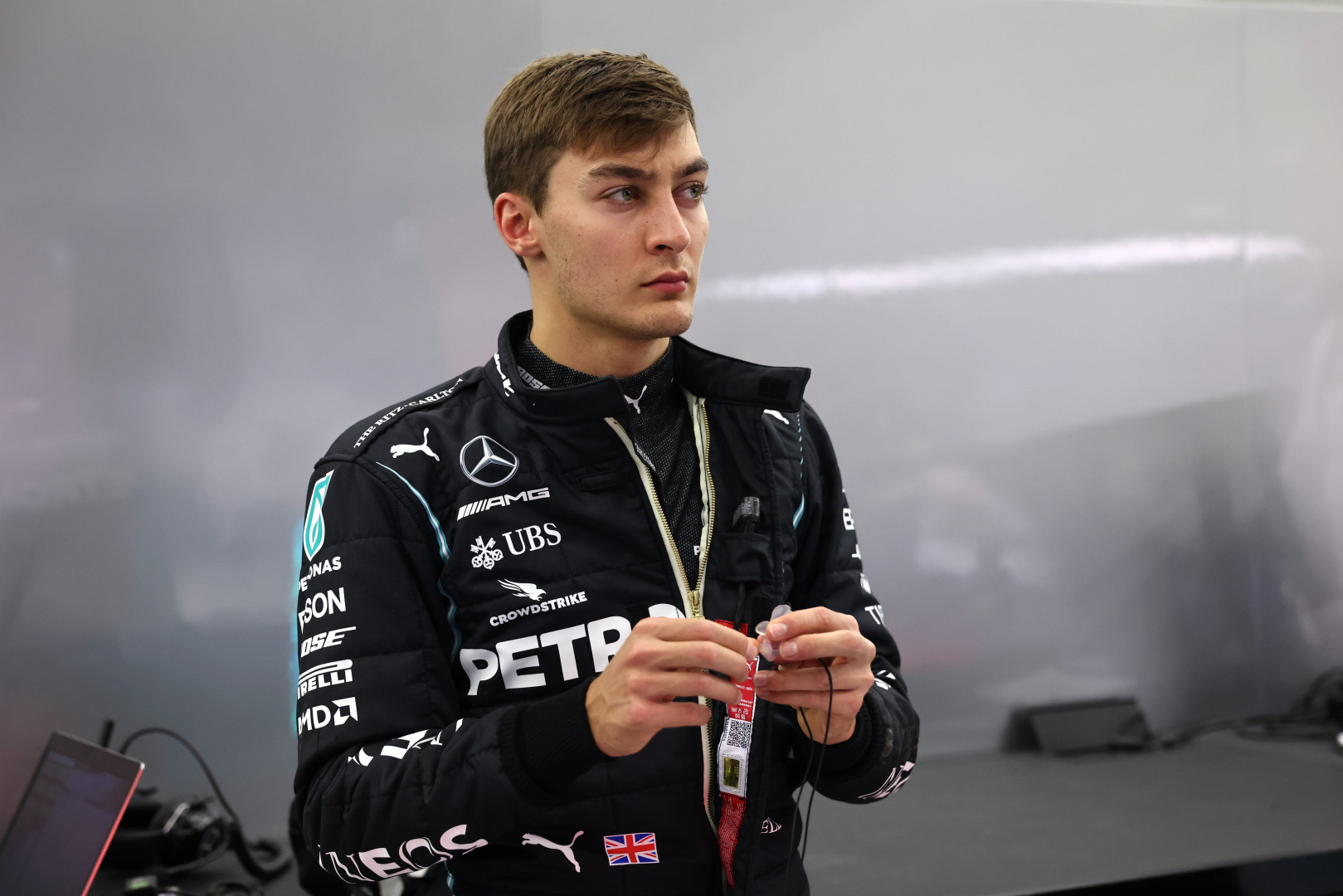 Mercedes has assigned George Russell to its team for Pirelli's 18-inch 2022 tyre test at the Hungaroring on Tuesday that will also include cars from Ferrari and McLaren.

Russell's presence with the Brackley squad isn't a surprise as both Lewis Hamilton and Valtteri Bottas have head off for their summer break, and the Williams driver is also expected to replace the Finn at Mercedes next season with a formal announcement anticipated around the Belgian Grand Prix at Spa at the end of the month.

But Russell won't be the only driver on track in Budapest on Tuesday with the Briton joined by McLaren's Lando Norris, either Charles Leclerc or Carlos Sainz for Ferrari and reportedly Sauber junior and F2 charger Theo Pourchaire who will be running with Alfa Romeo.

Russell's last outing with Mercedes was last year in Sakhir when the 23-year-old subbed for Lewis Hamilton and almost won the penultimate round of the 2020 F1 world championship. But Hungary also holds special memories for the Briton who tested for the very first time with Mercedes at the venue back in 2017.

The Williams driver also heads into the test off the back of his first points-scoring performance with the Grove-based outfit, with teammate Nicholas Latifi and himself finishing P8 and P9 respectively, although both drivers could move up a position if the FIA confirms the disqualification from the Hungarian Grand Prix of Aston Martin's Sebastian Vettel for a fuel sample infringement.

The post Russell on duty with Mercedes and Pirelli on Tuesday appeared first on F1i.com.

Marko: Albon made to 'look stupid' by race engineer's blunder