The Rise of Skywalker introduced new red Stormtroopers, but they aren't just eye-catching; they also have a close connection to the Sith. 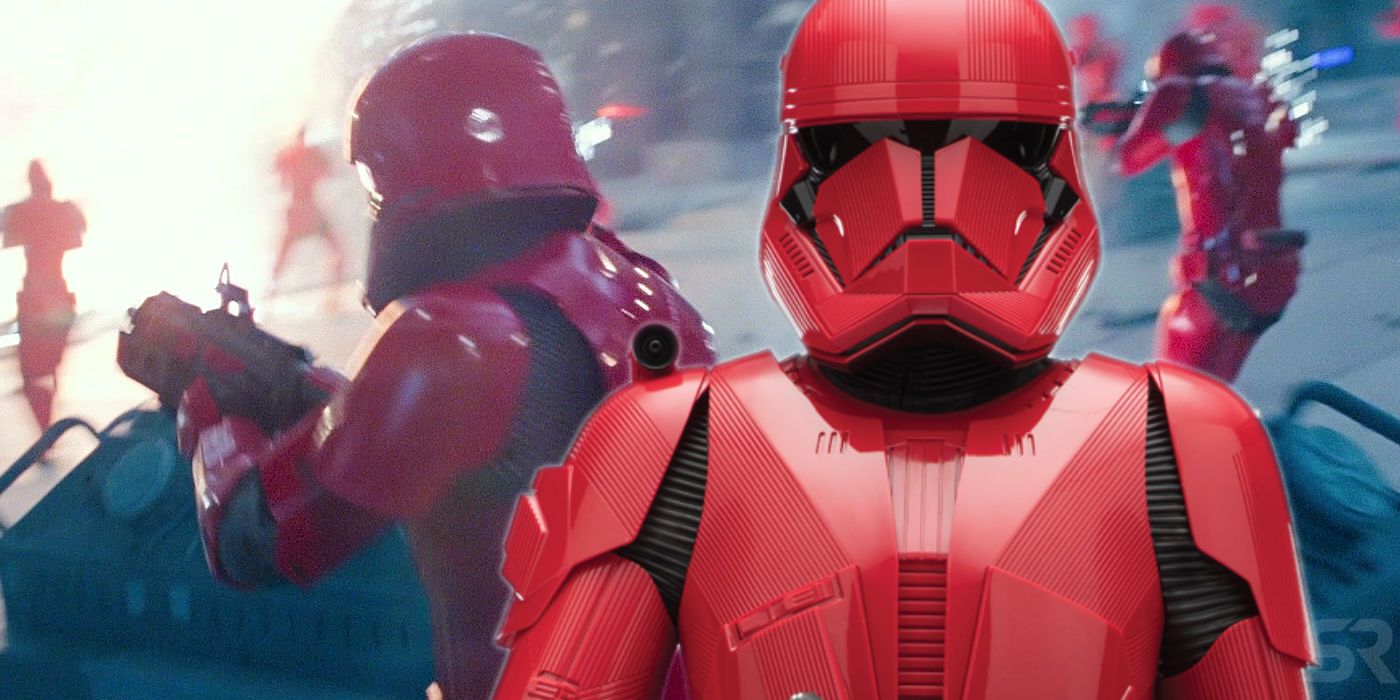 As well as up a nine-film-long saga,  also introduced a different kind of Stormtrooper, the red Sith trooper. This continues the long-standing Star Wars tradition of introducing new trooper iterations for each movie, both to show the in-universe evolution of their military capability, and for more practical merchandising reasons when it comes to Lucasfilm and Disney.

Resembling angular red stormtroopers, these soldiers are arguably the most sinister versions yet seen, with a direct connection to the dark mysticism of the Sith, but their presence in the movie isn't quite as impactful as their appearance. While the red Sith troopers appearance was hyped up prior to the release of Star Wars: The Rise of Skywalker, the finished version of the movie didn't include them quite as much as fans expected. Here's what you need to know about the .

It's unclear when in pre-production the Sith Eternal army came into the picture, but it's possible that it was only after the script rewrites that occurred following Colin Trevorrow's departure that it took on its final form as more of a signifier of the dark side's power than any sort of detailed organization. After all, The Rise of Skywalker ended up having to juggle dozens of characters and storylines. But regardless of their limited presence in the final film, the red Sith troopers still succeeded in what was likely their primary purpose from the beginning: serving as an eye-catching marketing tool. Their conspicuously stylish armor was showcased at San Diego Comic Con in 2019 to promote the film before release, and more content has continued to come forward since, including a detailed look at the impressive prop design of the Sith trooper blaster rifles. Sith Trooper Black Series figurines were also released as part of Hasbro's Black Series, a line of moderately pricey, upscale action figures based on characters from throughout the saga, giving them an element of real-world prestige that seems appropriate to their "better-than-your-average-stormtrooper" status in the story.

The red Sith troopers certainly aren't given the portentous introduction that the first major Stormtrooper offshoot received when the clone troopers appeared in , but after Darth Sidious unveils the Final Order, they immediately come to the fore to protect it. During the climactic Battle of Exegol, the base units, along with airborne Sith Jet Troopers, were the main force trying to repel Resistance attempts to sabotage the Star Destroyer Steadfast. The specialized Sovereign Protectors, despite being a bit of a hat-on-a-hat variant, play an even more narratively significant role as they guard 's finale, recalling the roles of the Emperor's Royal Guard in  and the praetorian guard in , from which they draw their aesthetic.

Unlike the clone troopers of the prequels, these red Stormtroopers are not grown (although the nature of Palpatine's return might have suggested such). Instead, they are humans raised from birth to be more loyal to Sith rule than artificial clones ever could, supplementing the lifelong training of First Order stormtroopers with an inculcation of Sith lore and significantly more advanced armor and weaponry. Combining these different elements of previous stormtroopers with an explicit connection to the dark side gives the red Sith troopers a unique sense of menace that shines through even in their limited screen time in Star Wars: The Rise of Skywalker.

Next: Star Wars Confirms The REAL Reason Some Stormtroopers Rebel

WB Montreal's Batman Game Could Finally Be Revealed This...