Shikhar Dhawan played a key role as Rishabh Pant led Delhi Capitals to victory in his first match as captain. Senior batsman Shikhar Dhawan said that skipper Rishabh Pant “did quite well” in his first game as team’s leader as he kept his calm and motivated the boys in the middle. Shikhar Dhawan: Rishabh Pant Kept His Calm And Motivated Team’s Players Shikhar Dhawan and Prithvi Shaw played knocks of 85 and 72 respectively to chase down the target of 189 runs against Chennai Super Kings (CSK) and guided the side to a seven-wicket win on Saturday. “He did quite 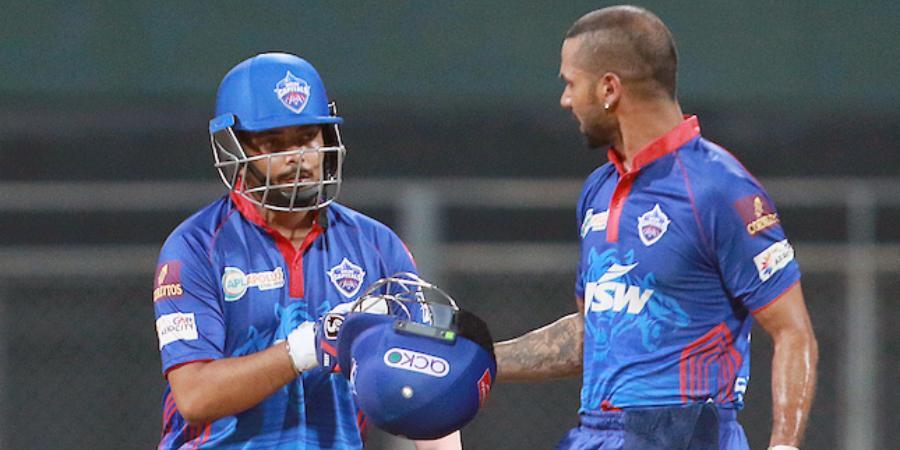 Shikhar Dhawan and Prithvi Shaw played knocks of 85 and 72 respectively to chase down the target of 189 runs against Chennai Super Kings (CSK) and guided the side to a seven-wicket win on Saturday.

“He did quite well. First of all, I am glad that he won the toss. It was a bit sticky wicket so it was good for us to bat second. He kept his calm and kept on motivating the boys. He did good changes as well and I am sure he only gonna get refined from here with this experience.

“The best thing is he stays calm and his presence of mind is quite there which is very very good,” Shikhar Dhawan said in a virtual press conference after the game.

“As a senior player, of course, I give advice to him and to the youngsters whenever they come to me and ask for batting tips or mindset things for sure I always share my knowledge with them,” he added.

Skipper Rishabh Pant said it will be “extra special to walk out for the toss with MS Dhoni”. But MS Dhoni didn’t score in the 2nd game while Rishabh Pant hit the winning runs to remain unbeaten on 15.

CSK had given a tricky target of 189 to chase but Delhi’s batsmen were up to it as the openers Shikhar Dhawan and Prithvi Shaw laid the solid foundation with a 138 run opening stand-in only 13.3 overs. CSK’s total was mainly due to the contributions of comeback man Suresh Raina’s 54, Moeen Ali’s 36, and Sam Curran’s 34.

Shikhar Dhawan’s 85 runs off 54 balls was studded with two sixes and 10 fours. He played shots all around the park and troubled CSK bowlers with his clever batting. Prithvi Shaw too scored 72 off 38 balls which included 9 fours and 3 sixes.

“First, I started practising the sweep shot and then I introduced it into my game. I have to improvise my shot according to the field. I knew that CSK will keep square-leg and fine-leg in the 30-yard circle and put fielders at the covers so I knew I have to chip the ball above them. I knew they gonna bowl wide yorkers to me so I was prepared for it,” he said.

Earlier, Suresh Raina smashed a sensational fifty in his comeback game before Sam Curran’s masterclass in the death overs powered CSK to 188/7 in their 20 overs. Delhi Capitals will next take on Rajasthan Royals at Wankhede Stadium on April 15.

Ricky Ponting, Delhi Capitals coach said that he had not seen many players as talented as Prithvi Shaw during his playing career which is really big words from an all-time great. He worked hard on Prithvi Shaw’s batting technique which was evident in his batting in IPL 2021.

Prithvi Shaw, the opener, who was dropped from the India Test squad for the home series against after a bad start to the Australia tour, answered his critics well by outstanding performance in a domestic tournament- the 50 over Vijay Hazare Trophy where he broke all records by being the highest run-scorer ever in a single season.

He smashed 827 runs from eight games at an average of 165.40 to end the tournament as the highest run-getter ever.

Kesrick Williams opens up about his on-field banter with...

All you need to know about Yuzvendra Chahal’s fiancee –...

‘May his soul rest in peace’: Indian cricket fraternity...

Top 5 Successful Cricketers Who Failed During Their Tenure...