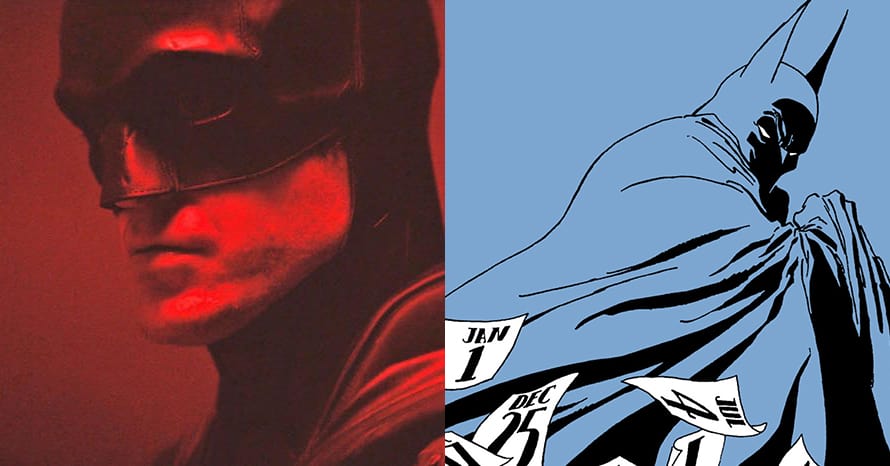 Robert Pattinson defends Gotham in The Long Halloween costume for Matt Reeves’ The Batman in this impressive new art.

Although fans have already seen Robert Pattinson’s Bruce Wayne in the new Batsuit for The Batman, a new design reimagines the hero with the classic outfit from The Long Halloween comics. The original story saw the Caped Crusader early on in his crime fighting career, with the mystery beginning shortly after the equally classic Year One tale. While Pattinson’s on-screen suit makes him look like an armoured brawler, the new design pictures a different vision for his Dark Knight.

Many fans hoped Robert Pattinson’s The Batman suit would feature white eyes on its cowl, and although his actual costume doesn’t bring the classic look to life, this new design imagines what that could look like in reality. It also features a version without the white eyes, giving the hero a similar look to previous live action versions of the character. The art from digital artist ‘get2dachopra’ on Instagram shows the star in a gray suit with a dark blue cape and cowl, while also boasting an oversized utility belt. Take a look below.

I’m fully convinced that we’re gonna get a live action adaptation of “The Long Halloween”. So here’s a batsuit inspired by that amazing story.

Do you think Pattinson should wear a comic-accurate suit in the film or sometime in the future? Sound-off in the comments below!

Full plot details on The Batman are being kept under wraps, but we know that the film will center around a younger Bruce Wayne and features a Rogues’ Gallery of villains that includes Catwoman, The Penguin, and The Riddler. Following the Dark Knight during his formative years as Gotham City’s protector, The Batman will also make use of the hero’s detective skills to a greater extent than previous live-action adaptations. It is expected to be the first chapter in a new trilogy with Robert Pattinson as Batman.

The Batman is currently scheduled to hit theaters on October 1, 2021. Stay tuned to Heroic Hollywood for the latest news regarding Zoe Kravitz, Matt Reeves, and The Batman, and be sure to subscribe to our YouTube channel for more content in the future!

The Morning Watch: ‘SNL’ Hypes Up Your House During Quarantine, The Art of Making...