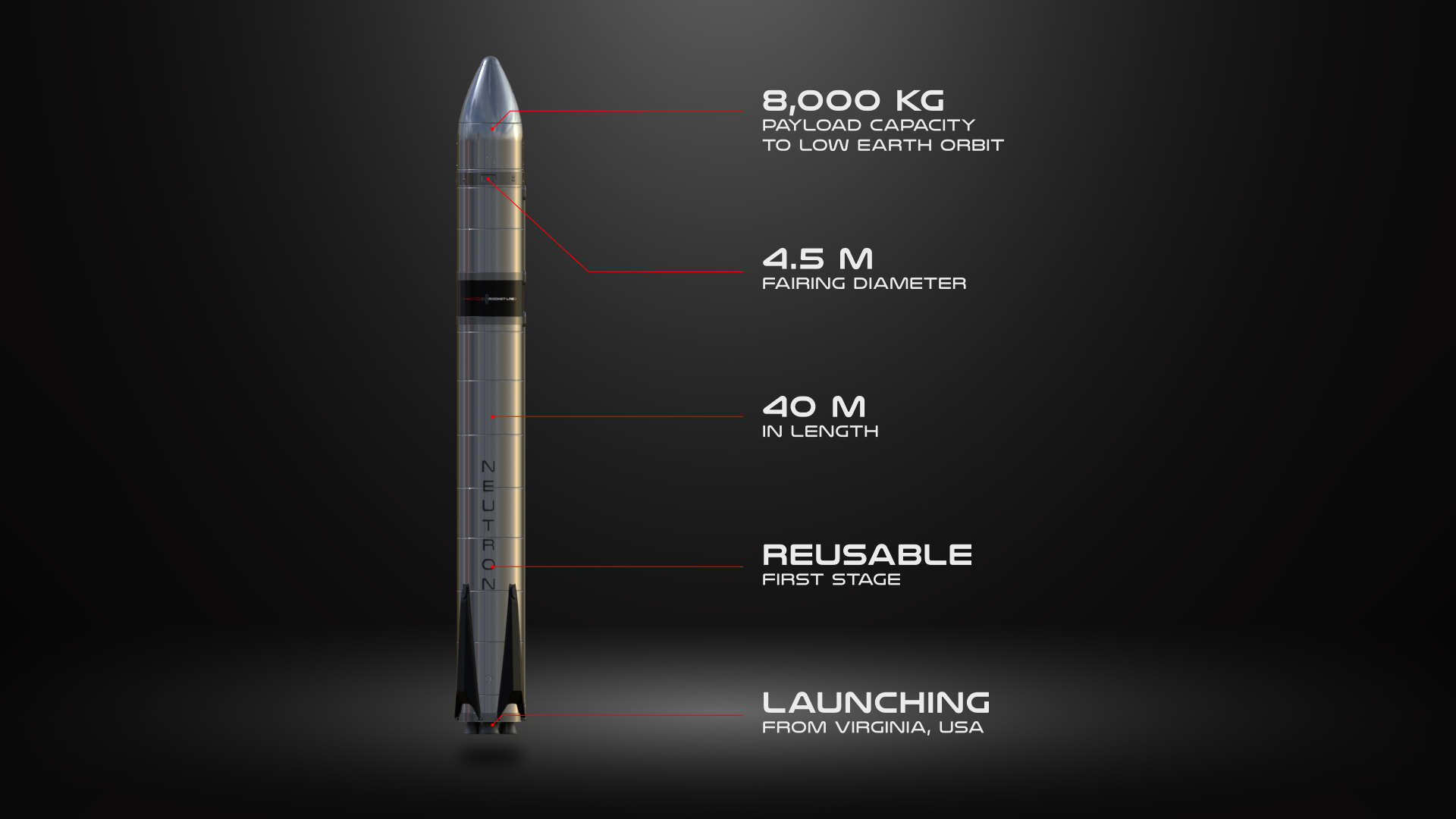 To date, Rocket Lab has successfully introduced the first dedicated small satellite launch vehicle, Electron, which CEO Peter Beck said would never be reusable. Then, the company successfully recovered a first stage. Now, Beck says Rocket Lab is ready to do something else he previously said they’d never do: build a big rocket.

The Neutron launch vehicle is a reusable, eight tons to Low Earth Orbit (LEO) rocket designed primarily to build satellite constellations. But Neutron will also be designed from the beginning to be capable of resupplying space stations in LEO and even flying crew, yet another market Beck had previously distanced himself from.

Beck’s decision to metaphorically “eat his hat” is based on feedback from Electron customers, including pathfinder missions for future constellations where the satellite operator has developed a relationship with Rocket Lab.

“Historically, the average lift mass is four to five tons, so large launch vehicles fly mostly empty,” said Beck in an interview with NASASpaceflight. “Most constellations are comprised of 500 to 700 kilograms of spacecraft, with five to 11 satellites per plane.”

These figures fall within the capability of an eight ton class launch vehicle, but differ from one constellation in particular.

“Starlink is a unique case because they’re in a very Low Earth Orbit, so there are many more spacecraft.” 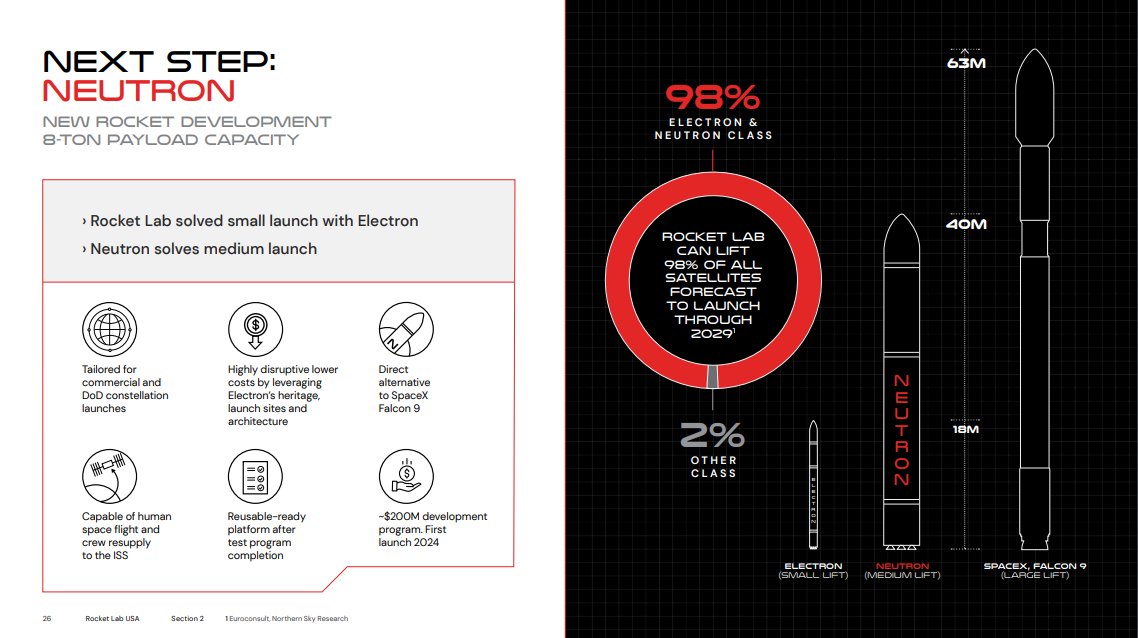 A comparison of Electron, Neutron, and Falcon 9 – via Rocket Lab

Neutron will differ in size from the larger Falcon 9 vehicles which launch Starlink missions. Despite the larger payload capacity of Falcon 9 and resulting lower cost per kilogram of payload, a partially filled payload fairing still requires a customer to pay the full cost of launching the vehicle.

Beck says that Neutron is ideally sized to deploy satellites to specific orbital planes, and is capable of lifting 98% of all satellites forecast to launch through 2029. This could even include batches of Rocket Lab’s own Photon satellites, playing to one of the company’s strengths.

Rocket Lab also says that Neutron will be capable of human spaceflight. However, Beck says there is “not currently” a crew spacecraft in development.

“Developing a crew vehicle is different than developing a vehicle for satellites.” He says Neutron is about keeping crew certification in mind from the beginning of development, to keep that market on the table for the future.

“Certifying for cargo is a step down in certification from crew. But there is no product in development. The priority is to get to market to serve constellations.”

That debut, according to Rocket Lab, could come as soon as 2024. But a lot of work remains to be completed before a Neutron rocket will be ready for flight, including development of a new rocket engine to power the vehicle. 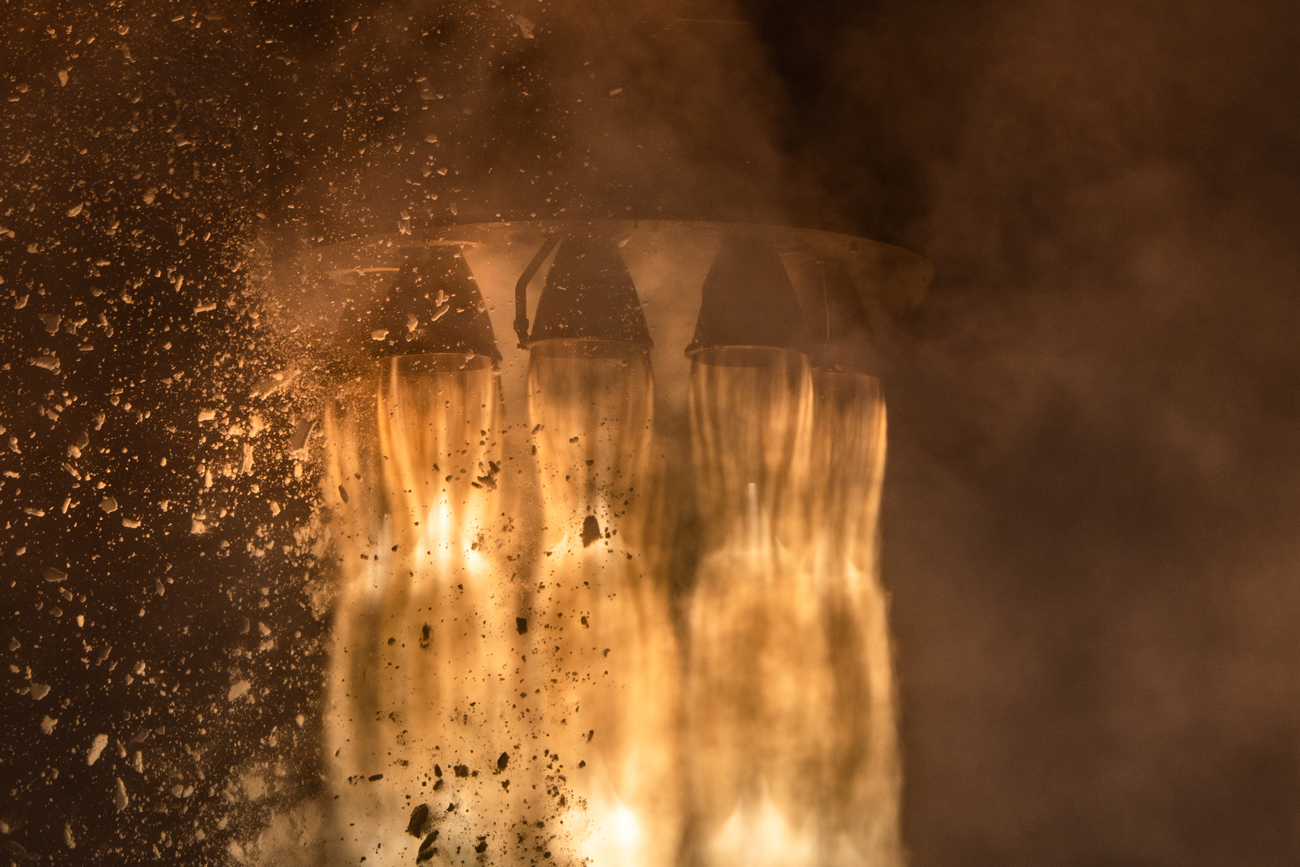 The currently operational Electron rocket uses Rutherford engines fueled by RP-1 kerosene and liquid oxygen, the same fuel mixture to be used for Neutron. These engines are both 3D printed and utilize electric pumps, both firsts for an orbital launch vehicle. However, only one of these accomplishments will carry over to Neutron’s propulsion.

“Certainly additive manufacturing. But more traditional pumps are required at this scale.” Beck says that Neutron’s first stage will be powered by multiple engines, but not as many as Electron’s.

“Nine engines is great if one shuts down, but otherwise is a bit of a pain,” citing manufacturing and testing required for every single engine. “A small amount of engines is optimal, but large engines have limited throttleability.” Beck says Neutron will have the “least amount of engines practical.”

Unlike Electron, which is utilizing a parachute recovery system, Neutron will look more like SpaceX’s Falcon 9 in that the first stage will land propulsively on an ocean platform. To this end, the engines will need to be restartable in flight to perform the landing maneuver. Other aspects of the engine’s design will also take reflight into account.

The announcement of Neutron comes very early on in development. “Our priority has been analyzing the market and raising capital.”

That said, there is hardware and flight experience from Electron that Rocket Lab can leverage for Neutron. “Electron’s avionics will transfer directly to Neutron. Cryogenic valves are easily scaled. The hard part is developing a working cryo valve in the first place. There’s a tremendous amount of heritage.” Rocket Lab’s Electron strongback is visible at LC-2 adjacent to Pad 0A at Wallops, hosting an Antares rocket – via NASA

Neutron’s choice of launch site also accelerates the time to flight in 2024. Directly adjacent to their soon-to-debut Electron Launch Complex 2 (LC-2) at the Wallops Flight Facility in Virginia is Pad 0A, currently home to Northrop Grumman’s Antares rocket. This is the launch pad where Neutron will debut, taking advantage of the already existing pad infrastructure.

“Pad 0A was really designed as a multi-user pad. With Antares’ relatively low flight rate, we hopefully won’t be disrupting any other users.”

Manufacturing of Neutron is expected to take place in close proximity to the Wallops launch site. “A lot of US launch vehicle diameters are based on the height of the lowest bridge between California and Florida,” says Beck, referencing SpaceX’s Falcon 9 rockets, built in Hawthorne, California, and shipped by road to Cape Canaveral.

Purpose-built for reusability, Neutron will also have a different appearance than Electron, with a lack of carbon fiber in the main body. This is due to carbon fiber’s poor qualities when subjected to high heat flux, such as during reentry.

“Electron can sit behind a shockwave to protect from heat flux. That’s harder to do with a larger vehicle.” 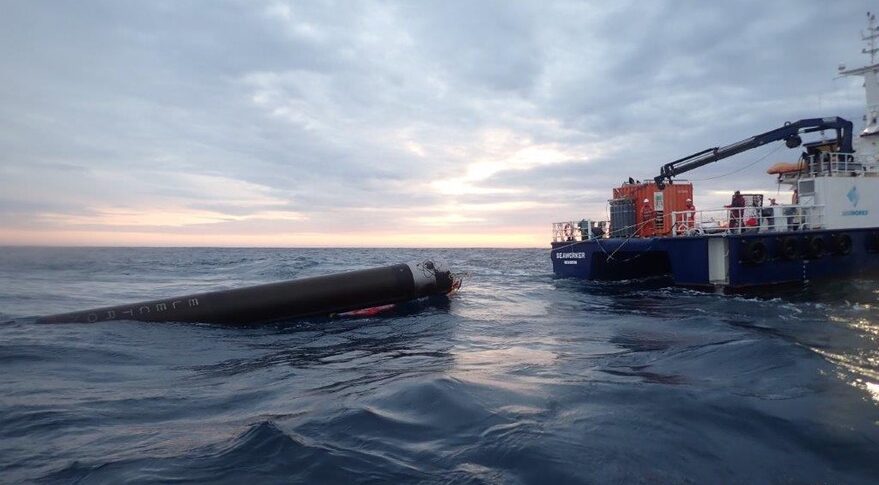 As far as achieving recovery for reuse, Beck does not anticipate a SpaceX-esque “hop” test program.

“Our priority is to get into service and deliver a customer satellite. Reusability can not work, and the mission can still be successful, so we can take some risk there.”

The first stage recovery is expected to take place on an ocean platform stationed downrange. While the option of performing Return To Launch Site (RTLS) landings is not off the table, it’s also not expected to be useful for Neutron.

“I’ve learned to never say never to anything. Otherwise, it results in some unpleasant dining experiences. But we’ve baselined a flight profile with a downrange landing.”

“It’s a propellant trade between RTLS and downrange landing. RTLS begins to grow the vehicle.”

When asked about potentially creative names for Rocket Lab’s downrange recovery vessel, Beck says. “Among all the issues we’re trying to solve right now, that hasn’t come up, but I’m sure we won’t disappoint.”

Beck envisions a reusable fleet of Neutron boosters. “Our engineering focus has been on reusability. We want Neutron to be not just serviceable, but truly reusable.”

Beck says more work is needed to determine the service times needed between flights and the number of flights a single booster could support.

Beck also says Rocket Lab could offer an expendable version of Neutron, with a higher payload capacity than eight tons to LEO, which is achievable with recovery. “We can expend the vehicle, but that would be a different price point.”

In the near term, the priority is getting Neutron to market to deploy customers’ constellations, with recovery for reuse to be achieved using design improvements between flights. Beck says Neutron’s launch rate will be paced to allow those improvements to take place, another difference from Electron where manufacturing was scaled to achieve a very high flight rate.

With a focus on constellation building and reusability, Neutron has the potential to enable Rocket Lab to enter new markets, including human spaceflight. The Neutron vehicle, in its reusable configuration, can also deliver two tons to the moon, or 1.5 tons to Venus or Mars.

Mars exploration caravan at a giant spaceship wreck by...