Rossi outlines Alpine's 100-race path to the top of F1 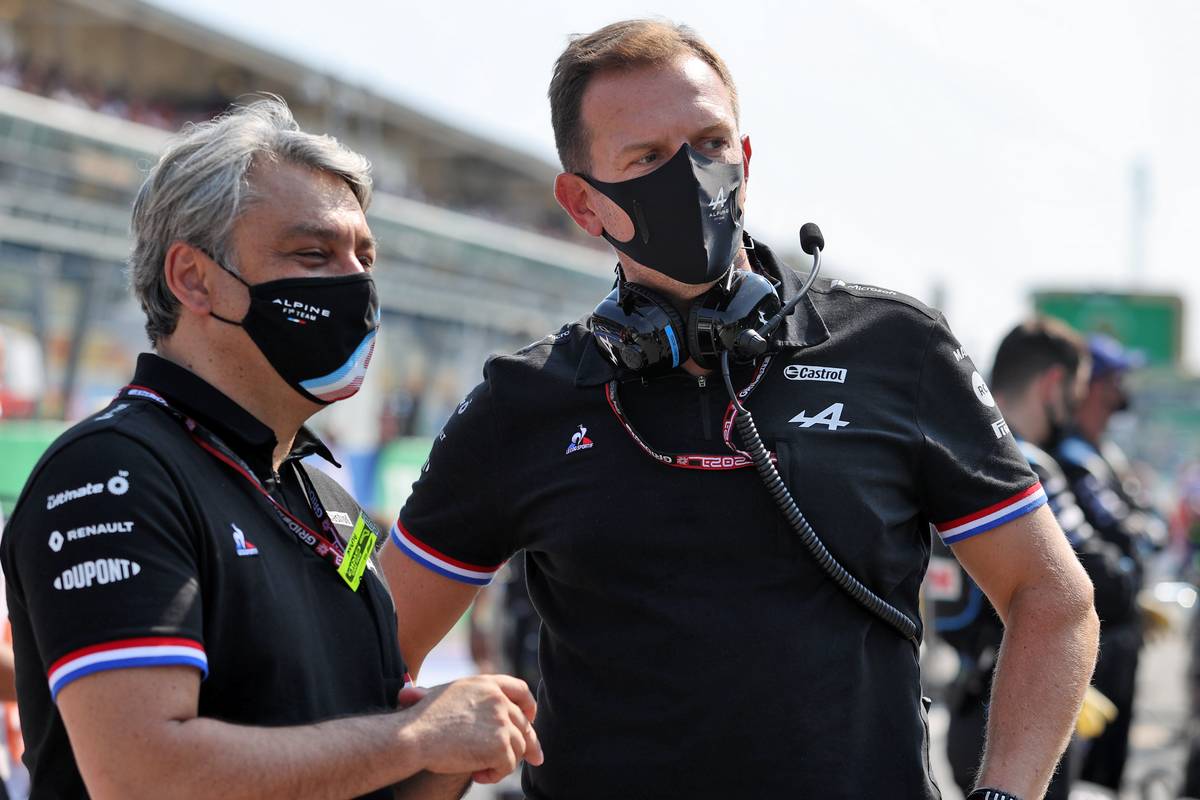 Alpine CEO Laurent Rossi says the French outfit is on a 100-race path to reach the summit of Formula 1 in 2024.

On paper, Esteban Ocon's shock triumph in the Hungarian Grand Prix last summer has already put Alpine well ahead of its expectations.

But the impression is deceptive as the Enstone squad took advantage of favourable circumstances at the Hungaroring to seal its first win under its new Alpine identity, while remaining out of the top five in all of its other races.

Rossi gladly took the remarkable win, but for the French executive, Alpine's 'jour de gloire' in Budapest was but a lucky strike, inconsequential in relation to its long term objective of becoming a consistent front-runner in F1.

"We have a long-term project, the objective is to reach a level of competitiveness that places us on the podium as many times as possible in 2024," Rossi told F1.com.

"From today in fifth, you can easily find a roadmap. It’s going to be every year a bit better. It’s a 100-race project, four years, four seasons."

Regardless of the results that will be achieved by his team on its way to its desired summit, Rossi wants to see first and foremost progress, on and off the track.

"Every race we must make progress," he added. "It can be progress you see on the track or progress you don’t see, all the little details.

"The idea is to never stop – and be able to see we’re going in the right direction. Next year, it’ll be a coin tossing year.

"All we want is to make sure we have a satisfactory level of performance when we start, which doesn’t put us too far from the top, And then from there, we can carry on our climb to the summit."

Alpine is working with the comfort of knowing that its F1 efforts are supported at the highest level – and for the long term - by Renault Group boss Luca de Meo and the company's board of directors.

"We are here with an ambition. Alpine is part of one of the biggest manufacturers of the world. The story is that Alpine will have a long-term commitment.”

"We are planning to transform Alpine in the electric car sports arena. We’re developing the product.
"The idea is to build around racing activities a business that would give perennity to the racing activity, so the business would then finance the operation.

"It will be a system that closes itself. Our performance here [in F1] will give substance to the whole story."

The post Rossi outlines Alpine's 100-race path to the top of F1 appeared first on F1i.com.

Adrian Newey is fully focused once again on improving Red Bull's RB16B ahead of the final leg of... The post Newey focused anew on RB16B after bike crash break appeared first on F1i.com.

Adrian Newey is fully focused once again on improving Red Bull's RB16B ahead of the final leg of the 2021 after a bike crash sidelined the team's chief technical officer.

Newey travelled to Turkey last week but according to Red Bull motorsport boss Helmut Marko, Newey was still on the mend after suffering a painful bike fall that kept him away for some time from Milton Keynes.

With the team and its star driver Max Verstappen engaged in a massive tittle battle with Mercedes and Lewis Hamilton, with just six rounds to go, the bulls will need to be at their full potential to take the championship down to the wire and beat their arch-rival.

"We are well-positioned, but of course Newey is a figurehead," Marko told Sky Deutschland.

"And you could see that his absence impacted motivation, and in the early stages we didn’t know how serious the injury was. He had to undergo several operations."

Red Bull's RB16B enjoyed an edge over Mercedes' W12 charger in the first half of the season. But gradually, the Brackley squad has clawed back its deficit and, depending on the circuit, now has the upper hand as Valtteri Bottas clearly demonstrated last weekend at Istanbul Park.

But since fully engaging with his team once again, Newey has pinpointed a few set-up issues impacting Red Bull's contender.

"He is not fully fit yet but he is ready to do his job and has immediately recognised the difficulties we had [in Turkey] in terms of set-up," Marko added.

"There will be a meeting with Verstappen in the upcoming week in Milton Keynes so that we are back on top in terms of the chassis."