Wallabies duo Jake Gordon and Angus Bell have re-committed to the Waratahs and Australian rugby, both signing contract extensions in a major boost for the struggling Super Rugby side. Tahs captain Gordon is locked in for the next two years, keeping him in Australia until the next World Cup, while Bell, who made his Test […]

Wallabies duo Jake Gordon and Angus Bell have re-committed to the Waratahs and Australian rugby, both signing contract extensions in a major boost for the struggling Super Rugby side.

Tahs captain Gordon is locked in for the next two years, keeping him in Australia until the next World Cup, while Bell, who made his Test debut against the All Blacks last year, has signed on for just the one extra season.

There was speculation earlier in the season that Bell was eyeing off a move to another Super Rugby franchise, so locking the young prop in for another year is a major boost for NSW.

However there was never much doubt that Gordon, who firmed as Dave Rennie’s preferred backup scrumhalf for the Wallabies last year, would stay in sky blue.

“This season has been challenging; however, I believe we are heading in the right direction,” he said.

“We’ve got a lot of exciting players here and I can’t wait to see what we can achieve in 2021 and beyond.

“It’s been an honour to play here, and something I’ll always be thankful for.”

Bell, 21, is regarded as one of the most talented front-rowers in Australian rugby. Debuting for the Tahs in February 2020, the prop was named for the Wallabies in their 24-22 Bledisloe Cup triumph over the All Blacks in November.

“It was always a dream of mine to represent the Waratahs, and I’m proud to continue to wear the sky blue,” Bell said.

Waratahs CEO Paul Doorn said the twin signings are a major step in the right direction for the club, as they look to recover from a horror start to 2021.

“They are both proud New South Welshman and a huge part of this club, we are thrilled they will continue to wear the sky blue jersey,” Doorn said.

“Re-signing Jake and Angus was a key part of our recruitment strategy. We want to retain our best and surround them with some key additions.”

Wouldn’t it be nice: Rugby AU gets new jersey sponsor for Wallabies and Wallaroos

Wouldn’t it be nice: Rugby AU gets new jersey sponsor for Wallabies and Wallaroos

Rugby Australia have had a major boost, announcing Cadbury as a new sponsor for the Wallabies and Wallaroos. Rugby AU lost Qantas as a major sponsor of the Wallabies last year as the airline pulled back on all their sports partnerships due to the impact of COVID-19, and securing a replacement had been high on […] 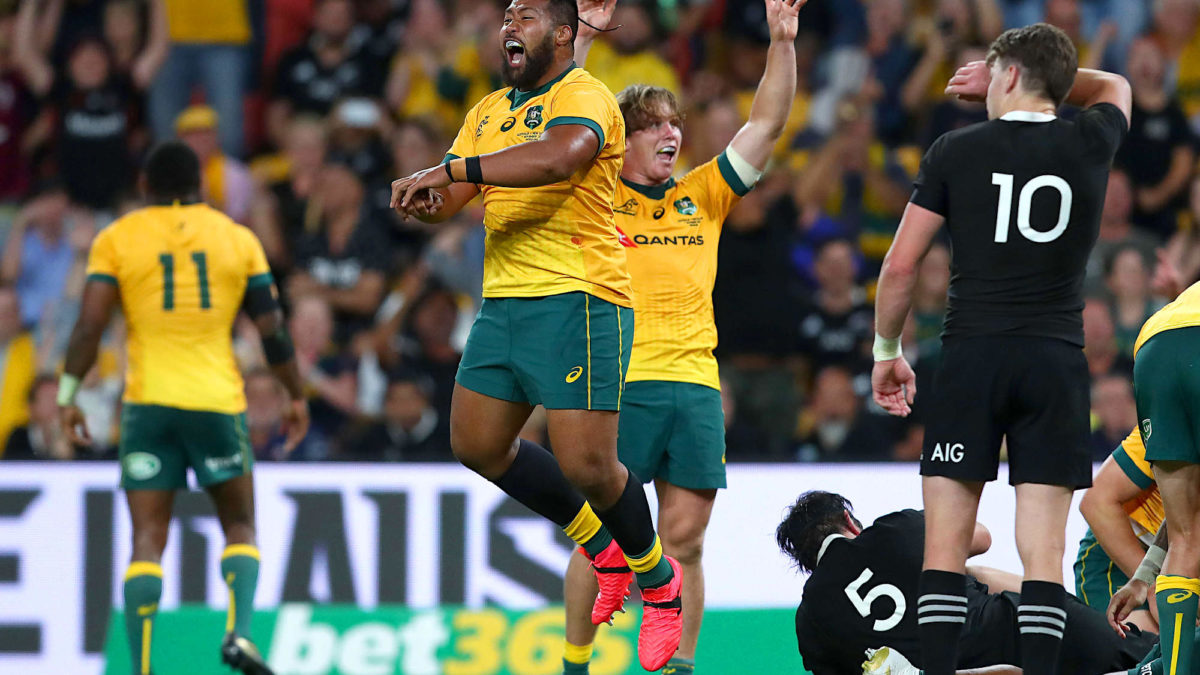 Rugby Australia have had a major boost, announcing Cadbury as a new sponsor for the Wallabies and Wallaroos.

Rugby AU lost Qantas as a major sponsor of the Wallabies last year as the airline pulled back on all their sports partnerships due to the impact of COVID-19, and securing a replacement had been high on the organisation’s to-do list.

Cadbury’s partnership will see their logo splashed across the front of Wallabies jerseys for the next five years, and they will also have their branding on Wallaroos shorts.

The previous deal with Qantas, who also held naming rights for the Wallabies, is reported to have been worth around $5 million per year. It is not yet known how much the agreement with Cadbury is worth.

The announcement of the new sponsorship offered a glimpse of the new Wallabies jersey, which features a new shade of gold that will be permanently used for all future designs of the kit.

The colour was voted on earlier in the year, and is modelled on the strip worn by Nick Farr-Jones’ famous 1991 World Cup-winning side.

“What a fantastic and proud day for Australian rugby,” Rugby AU CEO Andy Marinos said in announcing the sponsorship.

“We’re incredibly excited to partner up with the team at Cadbury, and to see the opportunities for us both over the coming years.

“From the alignment on values to their commitment to the development of women’s sport, as well as increasing the opportunities and profile of the game, this partnership will only further encourage the growth of our game across all levels.

“I look forward to seeing our partnership grow over the coming years and witnessing its positive impact on our community.”

Wallabies fans will first get to see the new partnership on the field when the side hosts France for a three-Test series in July, starting at the SCG on July 7, while the Wallaroos’ first match of the year is against Samoa in Brisbane ten days later.

The Quick Questions: If this is it, it’s been fun

The Wrap: Reds take their learnings to break Australia’s...

Penney threw down the gauntlet and NSW Rugby are mad if...