Williams' George Russell says his hounding of other drivers and overtaking attempts in the Portuguese GP made him... The post Russell felt like 'Maldonado' during Portuguese GP charge appeared first on F1i.com. 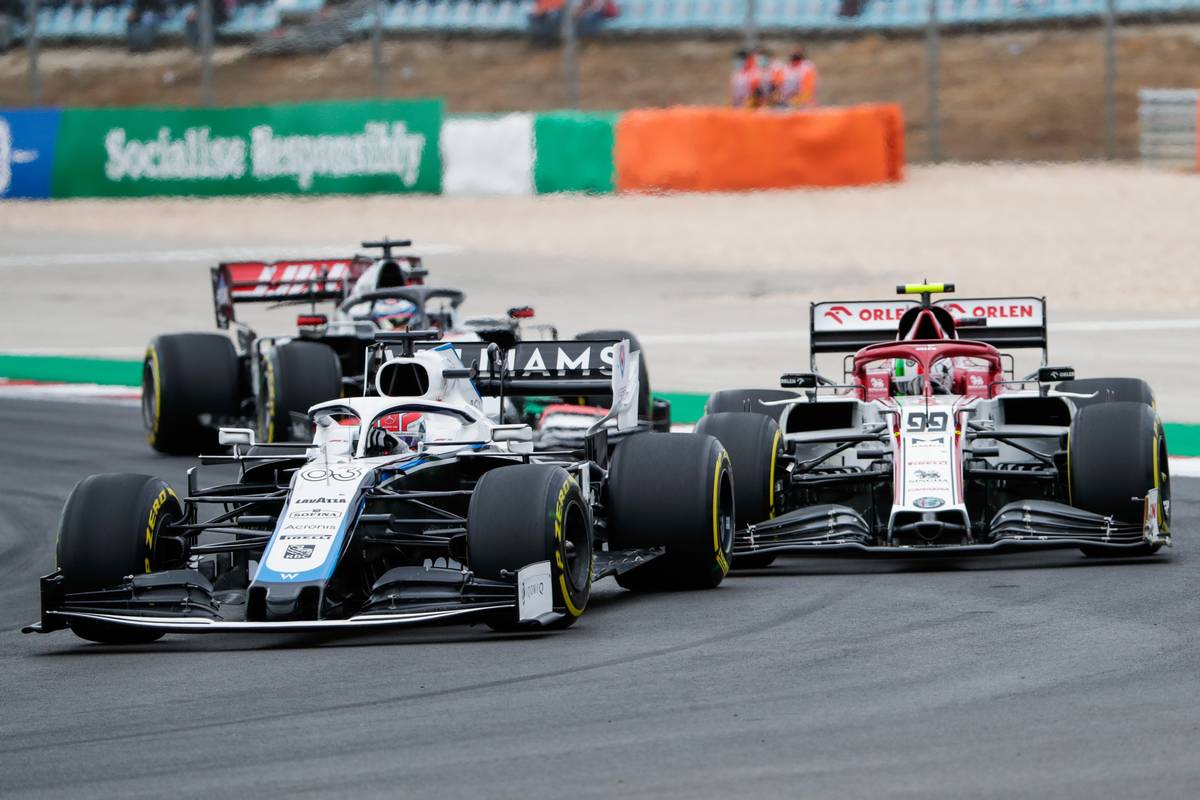 Williams' George Russell says his hounding of other drivers and overtaking attempts in the Portuguese GP made him "feel like Pastor Maldonado".

From 14th on the grid, Russell's charge during his first stint on the medium tyre pushed the Briton all the way up to an impressive P7, the Williams driver battling in the wake of Renault's Esteban Ocon and Red Bull's Alex Albon.

But his attempts to hang on to his rivals or gain an upper hand led to a few hairy moments that reminded him of a 2015 battle in Austria between Maldonado and Max Verstappen, when the former hung out the rear of his Lotus while snapping at the heels of the Dutchman.

"It was a good race," Russell said despite finishing P14. "The car felt great, the pace was good.

"It was a bit of Pastor Maldonado... like at the Red Bull Ring, with Verstappen when he massively lost it. So, I felt a bit like Maldonado then. Not something I was expecting to say after this race."

Russell has been pushing lately to the best of his ability and beyond his car's limits to secure a top-ten finish.

But the frustrated Williams driver admitted that points would have only been possible at the Autódromo Internacional do Algarve with a healthy attrition rate.

"It’s just bloody typical, every time we have a good result there’s not this crazy, chaotic race," he said.

"We’ve yet to score a point this year but the races we do great - Silverstone finished 12th, another race we finished 11th.

"Today, we finished 14th but 19 people finished and you don’t have five retirements of drivers that are in the top ten. It will come but plenty of positives to take."

Welcome to our index page of the 2020 Portuguese Grand Prix. From here you will be able to find links to all our latest reports, pictures and results from Portimão

FP3: Bottas and Mercedes remain in command in Portimão

Gallery: All the pictures from Thursday's build-up in Portimão

Gallery: All the pictures from practice day in Portimão

Gallery: All the pictures from qualifying day in Portimão

Gallery: All the pictures from race day in Portimão