The opposition denounced news of the plot as a 'provocation.' 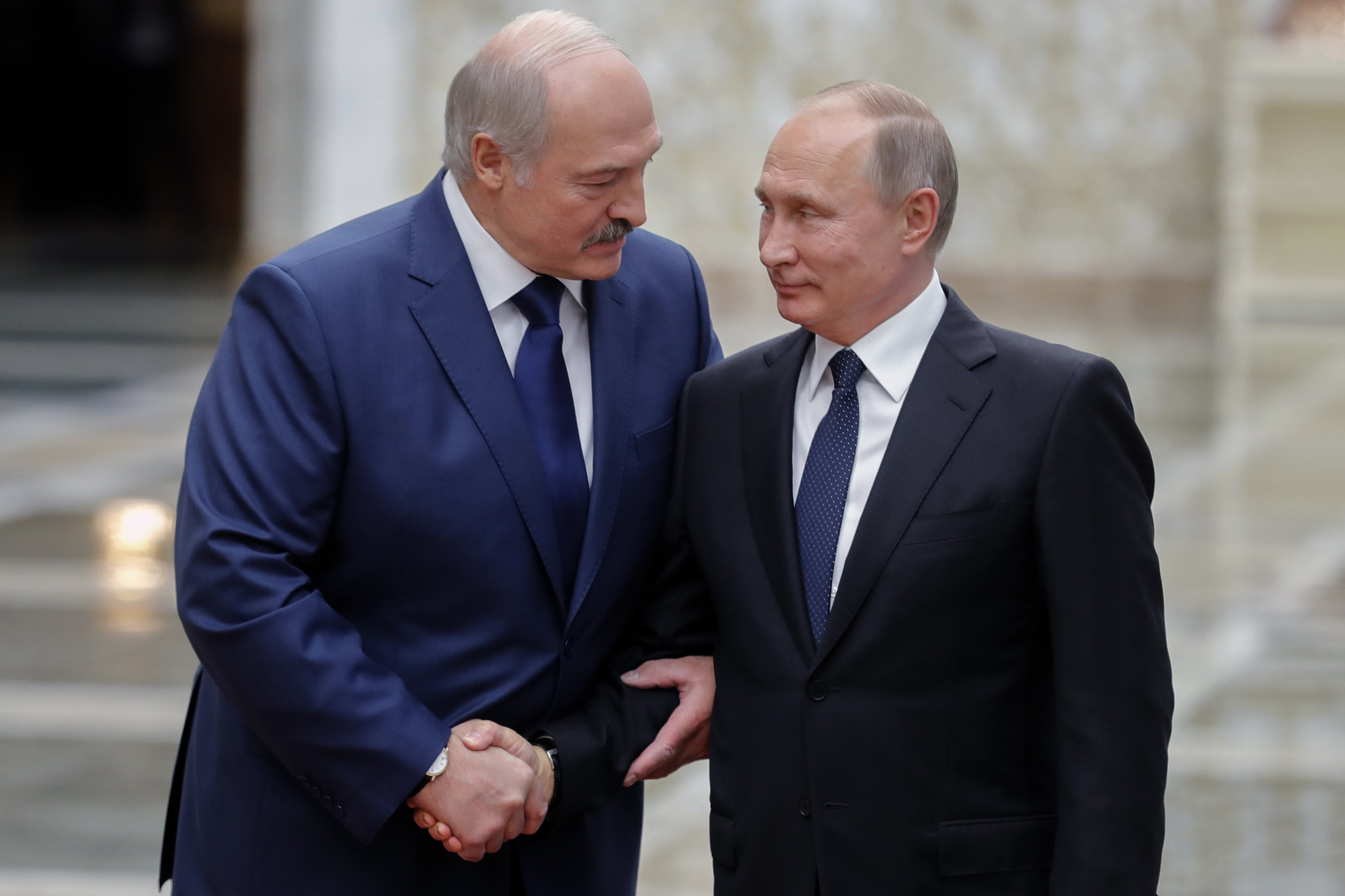 According to the FSB statement, Russian authorities detained Yuri Zenkovich, a lawyer who has dual American-Belarusian citizenship, and Alexander Feduta, a well-known Belarusian literature scholar and political commentator.

Feduta was an active member of Lukashenko’s first campaign team in the 1994 presidential election, and after electoral victory became the government official responsible for media policy. However, he soon resigned from the government and joined the opposition.

“The opposition activists chose the day of the Victory Parade in Minsk on May 9 as the date of their military coup,” the FSB said in a statement published on Saturday. “The conspirators were detained by Russian security agencies and handed over to their Belarusian partners.”

On the same day, Lukashenko accused the Belarusian opposition of alleged plans to “kidnap” some of his children.

“We discovered that they want to come to Minsk and organize an assassination attempt against the president and his children,” Lukashenko told state media journalists during a subbotnik, a Soviet-style collective effort to clean up the country’s communities.

Lukashenko also accused the U.S. administration of being behind the plot.

“Another thing surprises me: Why do the Americans behave this way? Remember, no one can assign the task of eliminating a president other than the top political leadership. Only they can make that call, not the special services,” Lukashenko said, according to his media office.

Lukashenko added that his Russian counterpart Vladimir Putin had raised the issue during a Tuesday phone call with U.S. President Joe Biden. “I’m grateful to Putin. When he talked with Biden, he asked him this [Belarus-related] question. There was gurgling, no clear answer.”

Neither the Kremlin nor the U.S. administration commented immediately on Lukashenko’s statement.

Washington has refused to recognize the results of the August presidential election in Belarus, during which Lukashenko was re-elected for a sixth consequence term; the vote has been widely condemned as being rigged.

The official results of the election sparked massive anti-Lukashenko protests in Minsk and other Belarusian cities — although those have died down over the winter.

At least four opposition activists have been killed during the protests and hundreds beaten and humiliated. Around 1,000 people face criminal charges for participation in peaceful demonstrations. Around 40,000 opposition supporters have been fined or arrested.

All major opposition leaders have been either jailed or forced out of the country. Svetlana Tikhanovskaya, Lukashenko’s main election rival, was forced to flee to Lithuania.

Tikhanovskaya’s team in Vilnius called news about the alleged assassination attempt against Lukashenko “a provocation organized by the secret services of Russia and Belarus.”

Although Lukashenko has come under fire from the U.S., the EU and human rights organizations, he is strongly backed by Moscow.

Immediately after the election in August, Moscow sent security forces to the border with Belarus to support Lukashenko if the situation in the country “starts getting out of control,” according to Putin.

In September, Putin threw a financial lifeline to Minsk, promising a $1.5 billion loan to support the nation’s struggling finances.

How coronavirus will hit your bladder and nude sunbathing

The revolt of the white-haired