Everything you need to know for the Sunday singles matches at Whistling Straits. 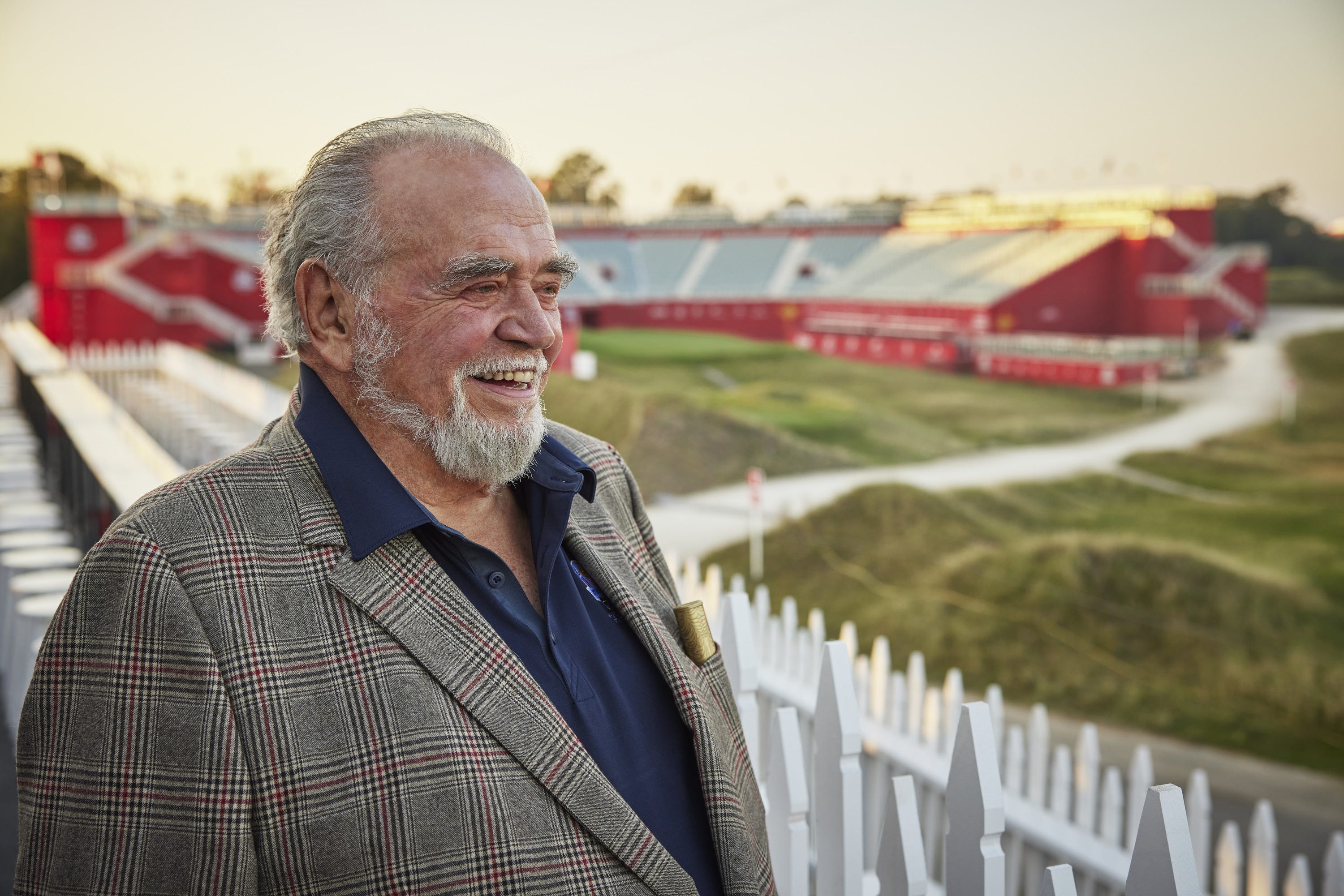 After three years of waiting and speculation, it’s time to put the tees in the ground and balls in the air. The 43rd Ryder Cup is here.

The biennial event between 12 of the best golfers from the United States and all of Europe began on Friday morning at Whistling Straits’ Straits Course in Haven, Wisconsin, and it was all America on Day 1. Europe may have won seven of the last nine events, but they’ll need to come from behind, 6-2, if they’re to win or even retain the cup.

From impressive shots to funny fans and everything in between, stay up to date with all the latest news and analysis from Saturday at the 43rd Ryder Cup.

Herbert Kohler Jr.. who used to golf 100 rounds a year, doesn’t play much anymore.  Kohler’s courses have hosted major tournaments like PGA Championships in 2004, 2010 and 2015. But the Ryder Cup is another breed. It is the most lucrative tournament in golf and draws the largest media presence.

The Ryder Cup is “the granddaddy of all golf tournaments,” Kohler likes to say, comparing it to the World Series in baseball.

He said hosting the Ryder Cup would rank in the top dozen of his professional accomplishments along with the company’s growth record and other achievements.

Kohler was the CEO of the company that bears his family name from 1972 until he stepped down in 2015. The company, based in Kohler, grew dramatically under his leadership. It has around 6,000 full-time workers in Wisconsin, the majority of whom work in Sheboygan County.

It was Kohler’s idea to take the business best known for bathroom and plumbing fixtures into hospitality and golf. The Kohler hospitality arm runs four resorts and hotels in Wisconsin and a golf resort in Scotland.

This Ryder Cup is the last tournament in a three-event deal Kohler inked with the PGA of America years ago.

Kohler’s Wisconsin courses are not selected for any upcoming tournaments at this time.

“You can’t take much more on than the biggest tournament of all, until you do it successfully,” Kohler said.

Kohler has been credited with changing the landscape for golf in Wisconsin with his courses and focus on only hosting major tournaments.

Before the Ryder Cup American Captain Steve Stricker thanked Kohler for his contributions.

“(Whistling Straits is) just one of those iconic places here in our state thanks to Herb (Kohler) and his family,” Stricker said. “It started right here for Wisconsin golf to be quite honest. I mean, when Herb built these courses along with Blackwolf Run, it kind of put Wisconsin golf on the map.

“Other people and other courses have followed behind but we owe a lot to Herb and his family for being able to have a Ryder Cup here in Wisconsin. Really a dream thing for Wisconsinites and people that are involved here. So thanks, Herb, and to your family.”

Bernhard Langer got hot at Pebble Beach, where the 'scenery is better than anywhere...

Bernhard Langer got hot at Pebble Beach, where the 'scenery is better than anywhere else'

K.J. Choi, who lost in a playoff just last week at the Sanford International (eventually won by Darren Clarke), leads after round two (...) 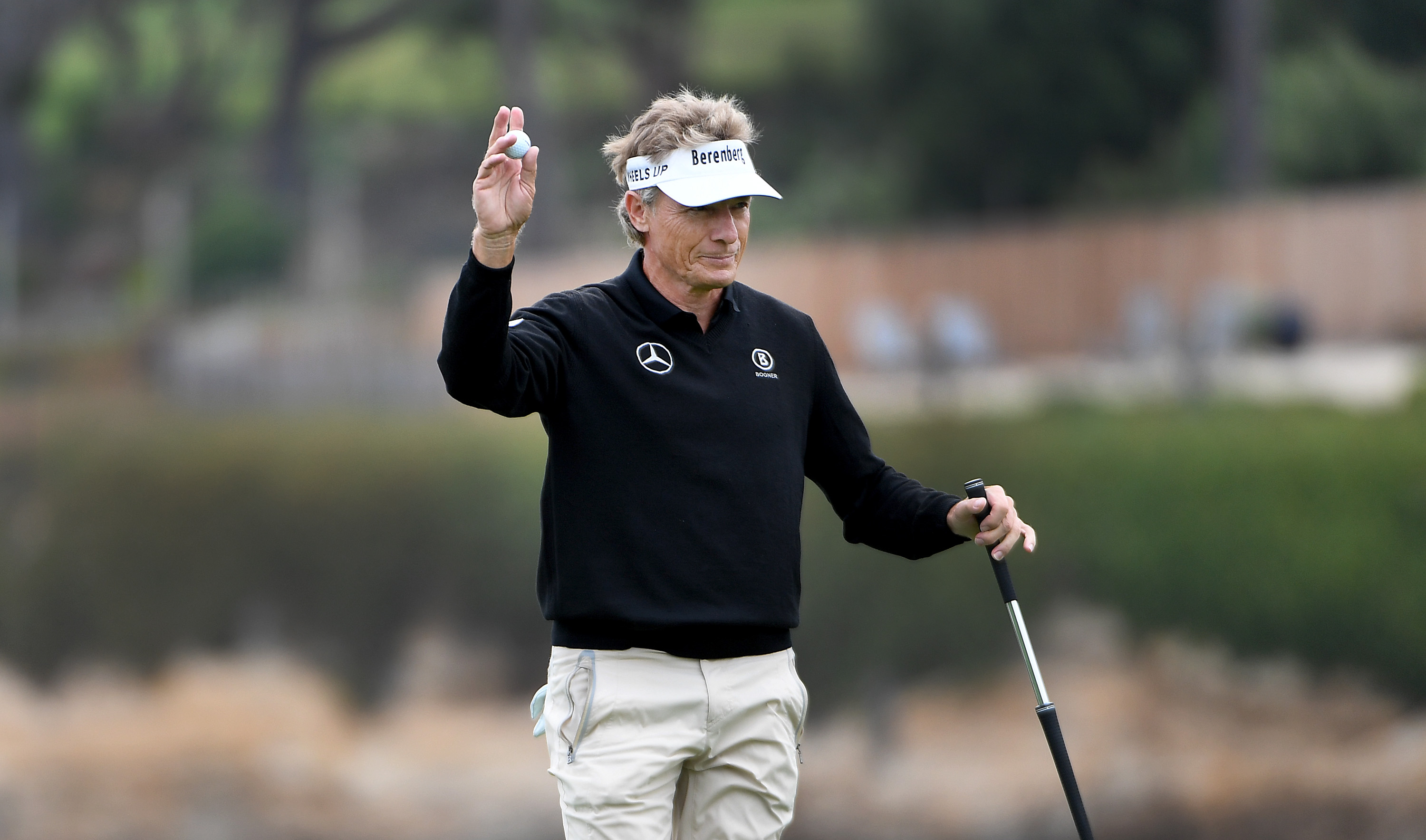 K.J. Choi, who lost in a playoff just last week at the Sanford International (eventually won by Darren Clarke), leads after round two of the Pure Insurance Championship. The 2011 Players champion fired a 4-under 68 at Pebble Beach, Monterey Peninsula, California.

Choi has made just one bogey through his first 36 holes, and will enter Sunday’s final round with a narrow edge.

But the biggest story on Saturday was Bernhard Langer, at age 64, finishing with a 66 on the day.

Langer got hot after the turn, posting birdies on four of his last eight holes while playing Pebble Beach, and the 41-time winner on the PGA Tour Champions said it’s the best round he’s had on the iconic course in decades. Langer and Alex Cejka, who shot a 71 on Saturday, both trail Choi by two strokes.

“I played really good today, really one of my best rounds on this golf course in 40 years or something, 30 years, I don’t know. Hit some great tee shots and some solid irons, and made the odd putt. So, very happy,” Langer said, “It got pretty cold the last hour or so. And, yeah, excited about tomorrow.”

K.J. Choi of the Republic of Korea hits his tee shot on the 18th hole at Pebble Beach Golf Links during Round Two of the PURE Insurance Championship on September 25, 2021 in Pebble Beach, California. (Photo by Steve Dykes/Getty Images)

Langer, who last won at the 2020 Cologuard Classic, was asked what he likes about Pebble Beach.

“Just about everything. It’s right there in front of you. You got to play smart, and certain holes you got to be aggressive, keep the ball under the hole, and take your chances when you can,” he said. “But the scenery is better than anywhere else, really.”

Golf cranks it up with music options on the course

Shootout expected at TPC Summerlin in final round of Shriners

Exclusive: Camilo Villegas opens up on his daughter's death...

Photos: The agony of the 120th U.S. Open at Winged Foot 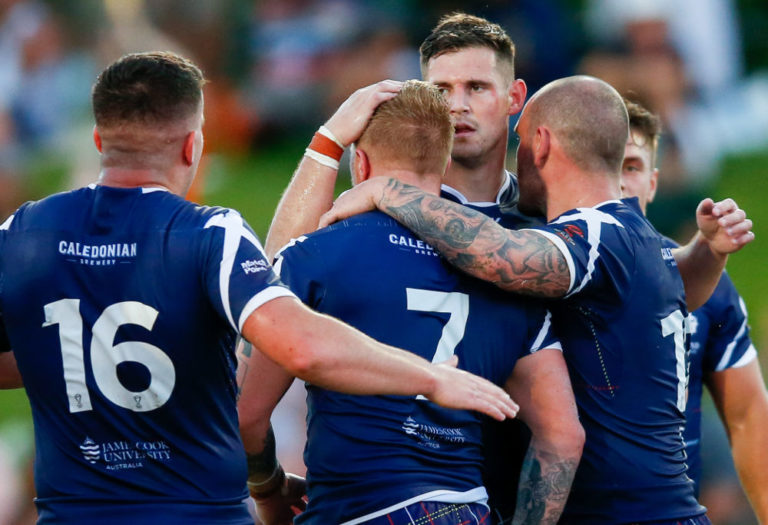 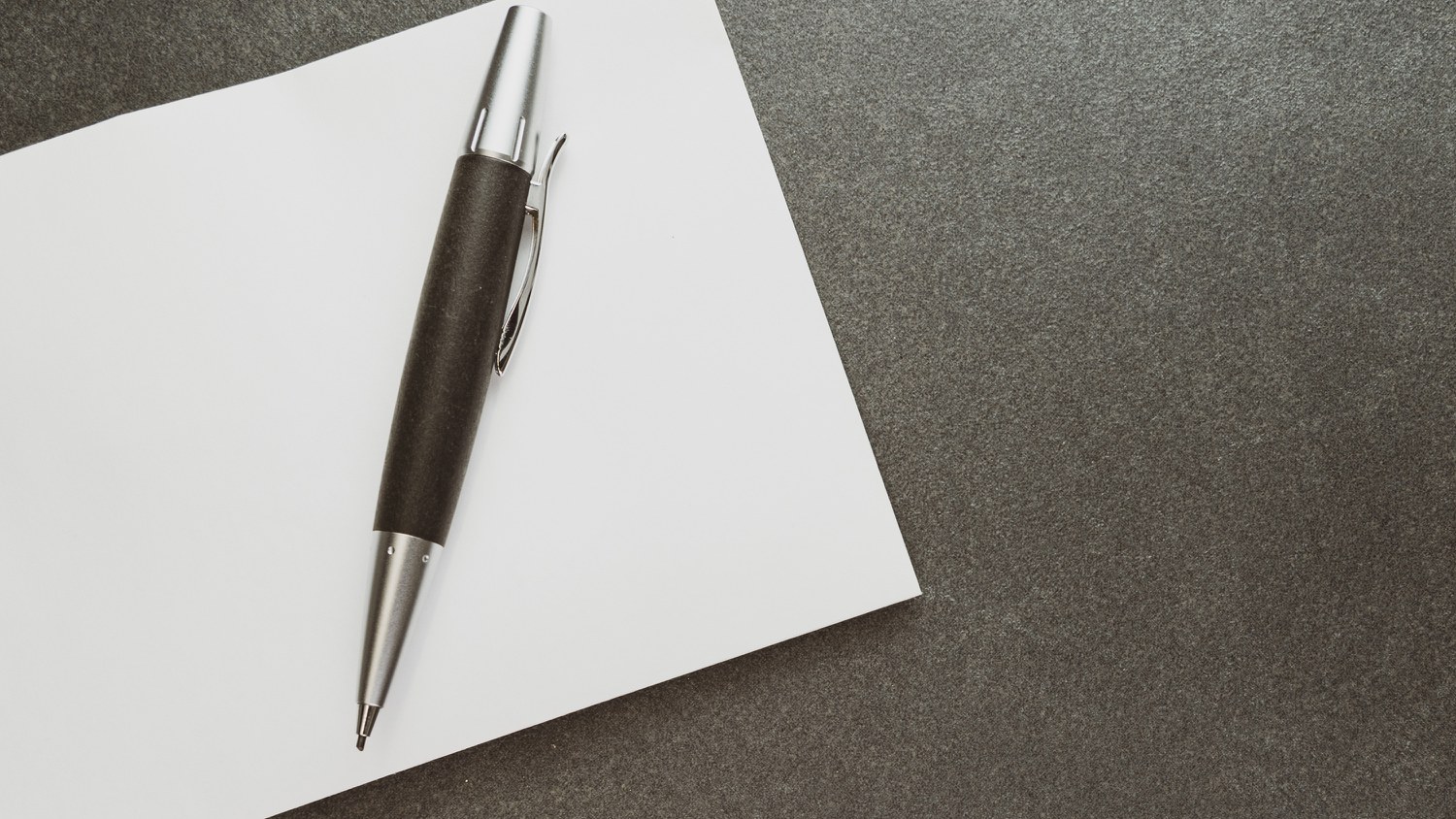 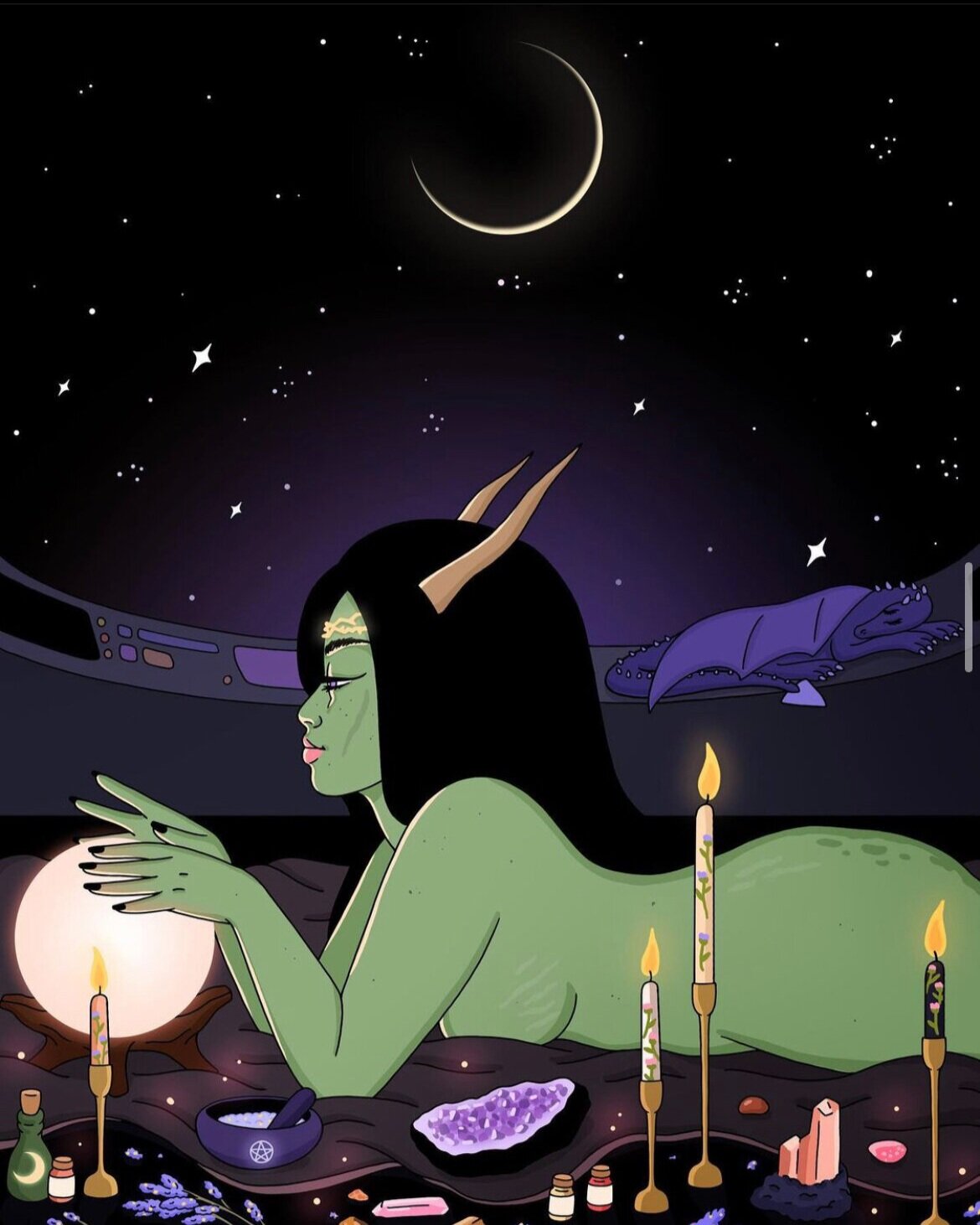 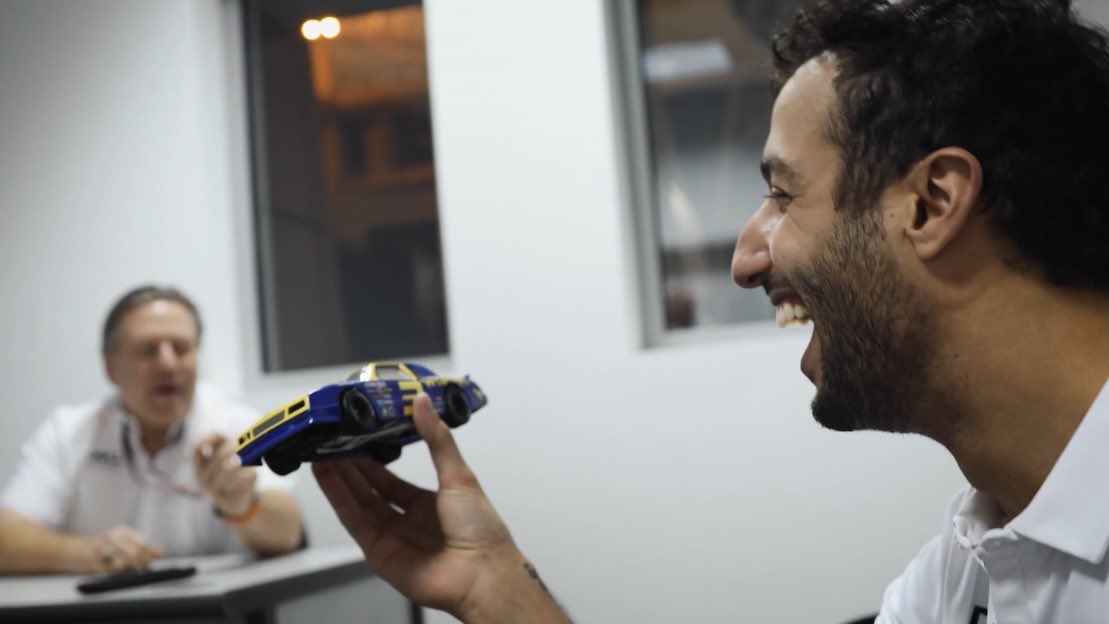 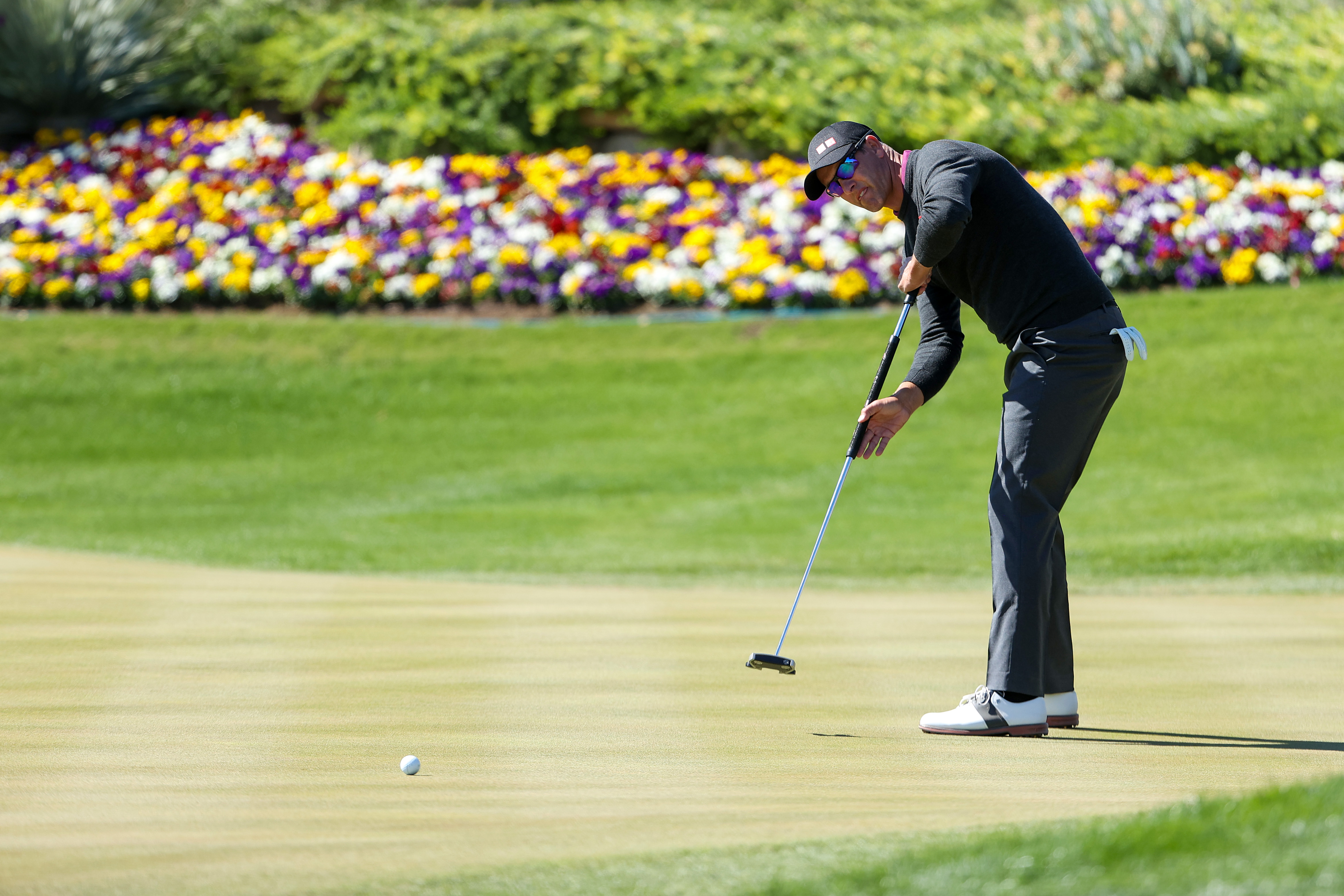 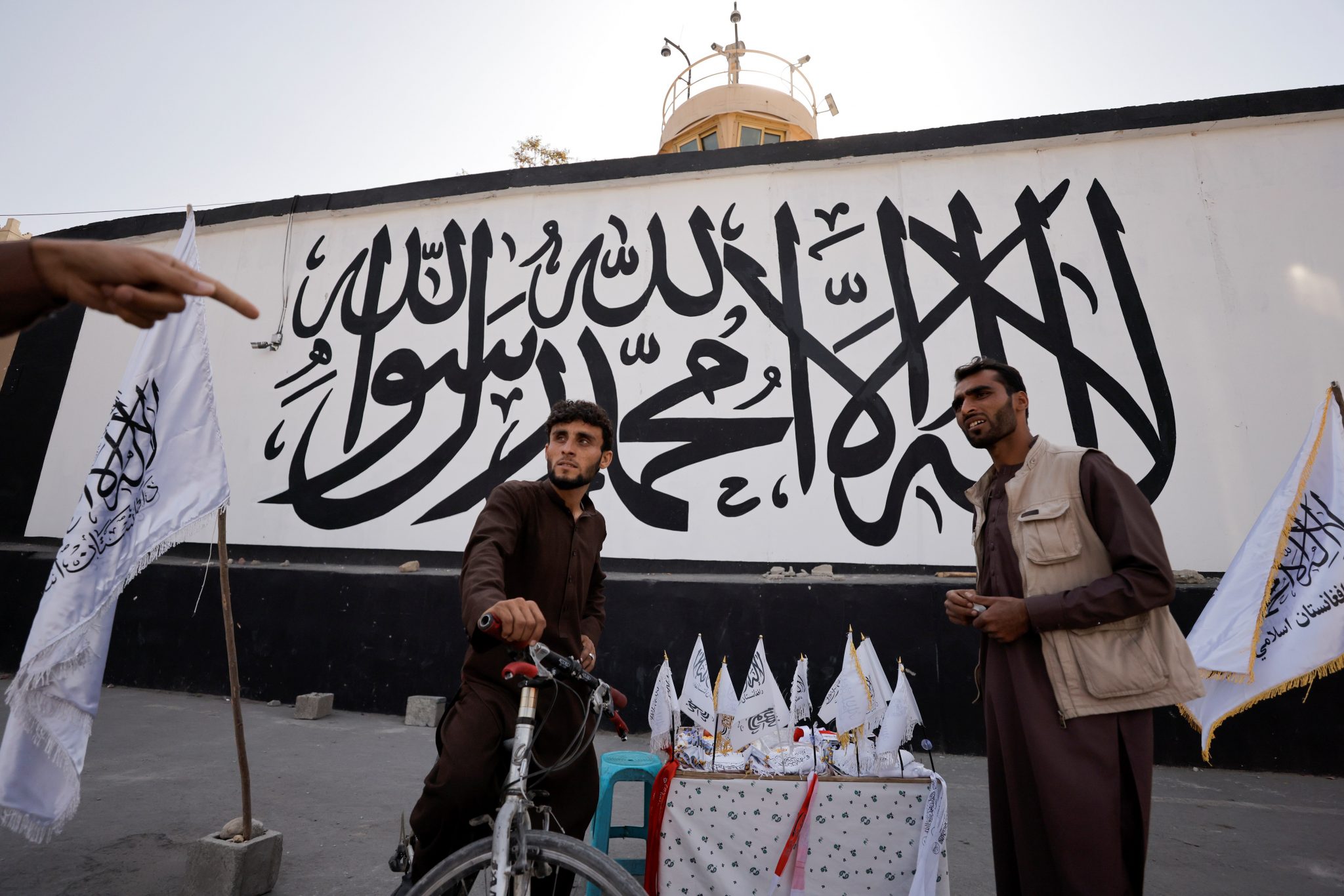 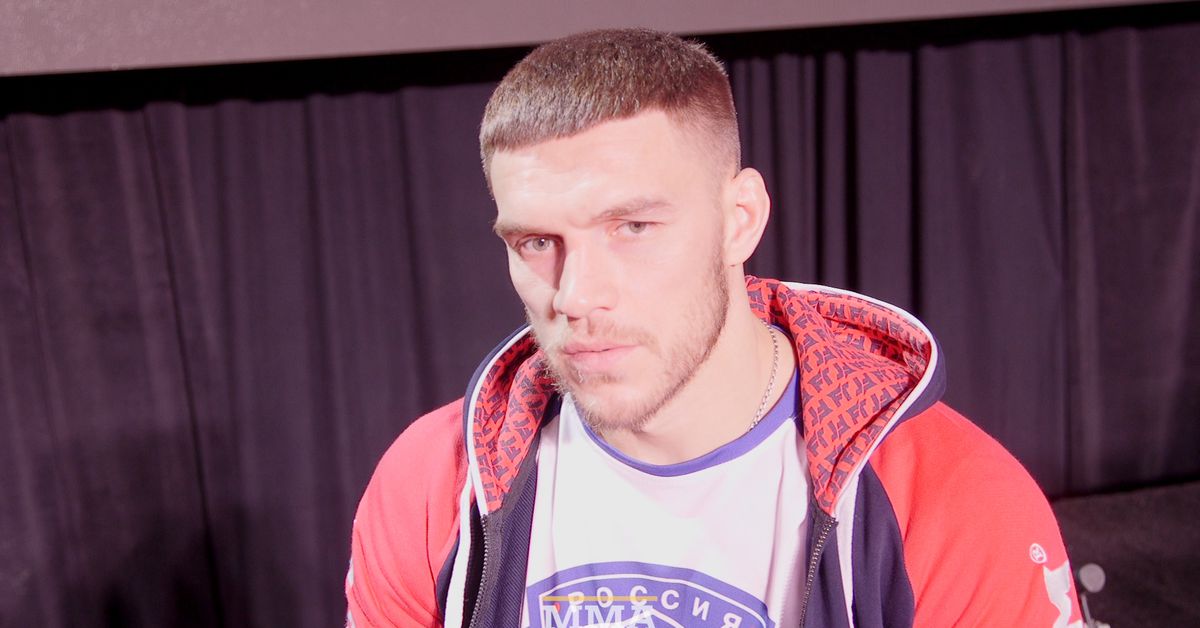