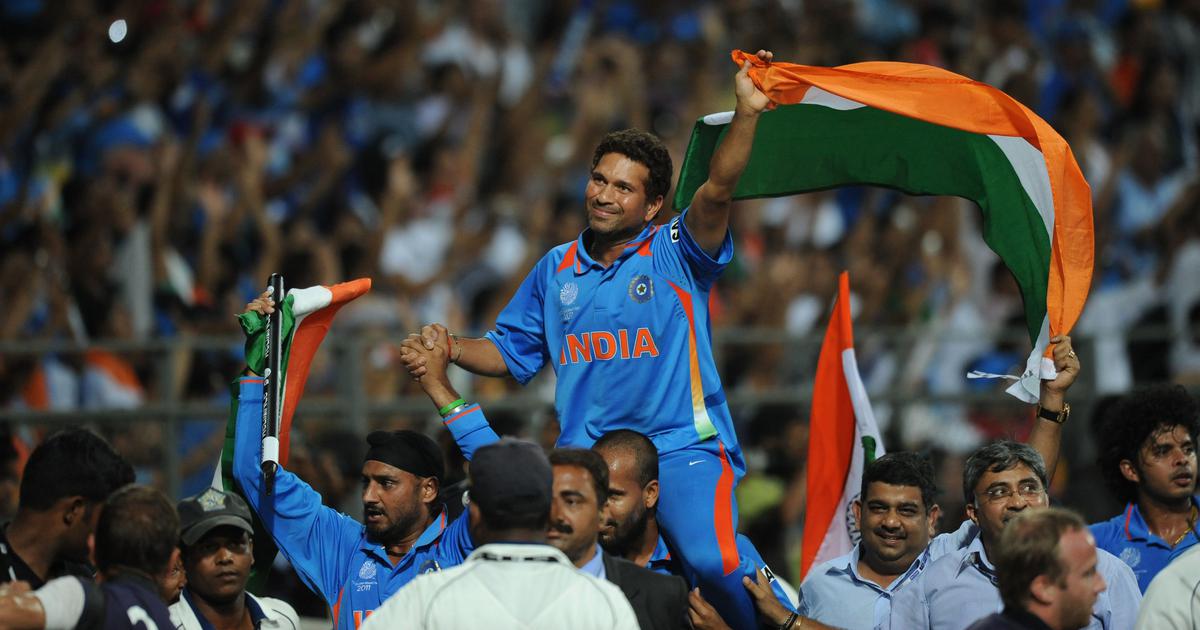 Sachin Tendulkar retired former legendary Indian batsman has revealed he asked Virat Kohli and Yusuf Pathan to ensure he did not fall down as Team India did the victory lap after winning the 2011 World Cup.

India defeated Sri Lanka by six wickets in the 2011 World Cup final at the Wankhede Stadium in Mumbai. Following the famous win, the players thanked the fans with a victory lap, during which Virat Kohli and Yusuf Pathan lifted Sachin Tendulkar on their shoulders.

Sachin Tendulkar, who went to complete a century of centuries in a 24-year-long career, scoring a mountain of runs for India, lifting the 2011 World Cup trophy turned out to be the moment he will cherish the most.

Recalling the iconic moment, Sachin Tendulkar said during an interaction organized by Unacademy: “The victory lap had one incident, when Virat and Yusuf Pathan lifted me, I told them to ensure that I do not fall down. It was not just the Indian team that won the World Cup, it was the entire nation, it is all of us who did it.”

Sachin Tendulkar also admitted that the 2011 World Cup triumph was the “best cricketing day of his life”. Sharing his emotions, the 48-year-old elaborated that the unbelievable moment saw the entire country celebrating.

That moment, titled ‘Carried On The Shoulders Of A Nation’, is a reference to the Indian historic win and has been shortlisted as one among the five contenders for the greatest Laureus Sporting Moment 2000-2020 Award. Virat Kohli and Yuvraj Singh have urged fans to vote for the cricketing great.

That moment made India the first team to win the World Cup on home soil, 28 years after Kapil Dev’s men had lifted cricket’s biggest trophy at Lord’s in 1983.

In the final, Sri Lanka had set India a target of 275, aided by Mahela Jayawardene’s sublime century. In reply, Lasith Malinga got Sachin Tendulkar and early, however, Gautam Gambhir (97) and MS Dhoni, who promoted himself up the order scoring an unbeaten 91, led the chase as India won by six wickets.

India is grappling with one of its biggest crisis, as over 3 lakh COVID-19 positive cases are being reported per day, as per official numbers. Sachin Tendulkar himself tested positive for the virus earlier this year and was even admitted to a hospital.

Speaking about his battle with COVID-19, Sachin Tendulkar thanked the medical fraternity as well as his family and friends who kept him in a positive frame of mind.

“I think it is a difficult time for all of us, these are unprecedented times and all I can say is from my first-hand experience, the entire medical fraternity, I cannot thank them enough. How they have stayed committed to saving lives, helping so many people, and nobody has complained. Nobody has said that today we do not feel like working, they are saving lives. A big thank you to all of them.”

“To my friends and family, when I was diagnosed with COVID-19, they kept me in that positive frame of mind. It is a challenging time for everyone, but we have to stay positive and help each other. My message for everyone will be to follow the new normal, washing your hands, making sure you maintain a certain level of hygiene and also to maintain social distancing,” Sachin Tendulkar added.

Sachin Tendulkar recently donated INR 1 crore to help procure oxygen concentrators for COVID-19 patients in India. The cricketing legend made the contribution to ‘Mission Oxygen’, a group of young entrepreneurs in Delhi-NCR, who are importing oxygen concentrators and donating them to hospitals across India.
Source : Sportzwiki More

Jofra Archer has been ruled out of next month’s two-match Test series against New Zealand, the England & Wales Cricket Board confirmed on Sunday (May 16). Jofra Archer complained of pain in his right elbow and bowled just five overs for Sussex in the second innings against Kent in the recent round of the County Championship. This is another setback for the 26-year-old quick, who was forced out of action with hand and elbow troubles since the T20I series in India. Surgery to remove a piece of glass from his hand followed by a rehab program to tend to his 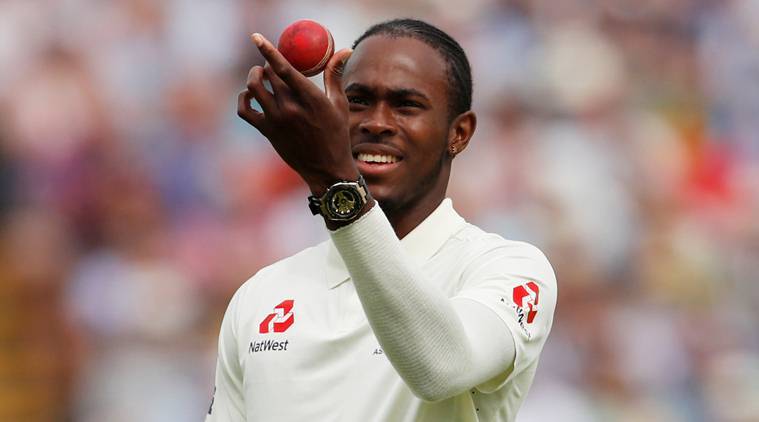 Jofra Archer has been ruled out of next month’s two-match Test series against New Zealand, the England & Wales Cricket Board confirmed on Sunday (May 16). Jofra Archer complained of pain in his right elbow and bowled just five overs for Sussex in the second innings against Kent in the recent round of the County Championship.

This is another setback for the 26-year-old quick, who was forced out of action with hand and elbow troubles since the T20I series in India. Surgery to remove a piece of glass from his hand followed by a rehab program to tend to his long-standing elbow injury had ruled him out of the IPL and the early stages of the County Championship.

He returned to action for Sussex and after claiming two Kent wickets in the first innings, he did not bowl on the final two days of the game.

“The England and Sussex medical teams will now seek guidance, and Archer will see a medical consultant later this week to determine the next course of action on the management of his elbow,” said the ECB media release.

Jofra Archer was ruled out of England’s two-Test series against New Zealand, starting at Lord’s on June 2, and may face surgery on his troublesome right elbow after failing to come through this week’s return to the first-class action.

As the MVP in the last IPL in November 2020 playing for , and following a series of hostile displays in the 3-2 series loss in India, Jofra Archer’s value to England’s T20I attack is paramount, especially given that the team will go into the T20 World Cup in October and November as one of the favourites, and seeking to become the first team to hold the 50-over and 20-over titles concurrently.

Jofra Archer, who withdrew from IPL 2021 prior to its postponement earlier this month, had undergone a series of cortisone injections to enable him to get through the T20I leg of England’s white-ball tour of India in March.

He also underwent an operation on the middle finger of his right hand while receiving further treatment on his elbow, to remove a splinter of glass following a bizarre incident involving a fish tank. He showed no ill effects following that treatment and has been playing without protection on the affected digit.

After a low-key return to action for Sussex’s second XI against Surrey two weeks ago, Jofra Archer appeared to be returning to his best when he picked up two wickets, including his England Test team-mate Zak Crawley, in a hostile new-ball burst on his return to the County Championship against Kent at Hove this week.

However, he bowled just five overs in Kent’s second innings, and none on the final two days of the match, a situation that appeared to have caused confusion for his Sussex captain Ben Brown on a rain-shortened third day, when he gestured for Jofra Archer to open the bowling but had to turn instead to his team-mate George Garton.

Top 5 Cricketers With Consecutive Matches As A Test Captain