Suspects from Bulgaria and Myanmar appeared at the Vredenburg Magistrates' Court after police seized over R500 million worth of cocaine. 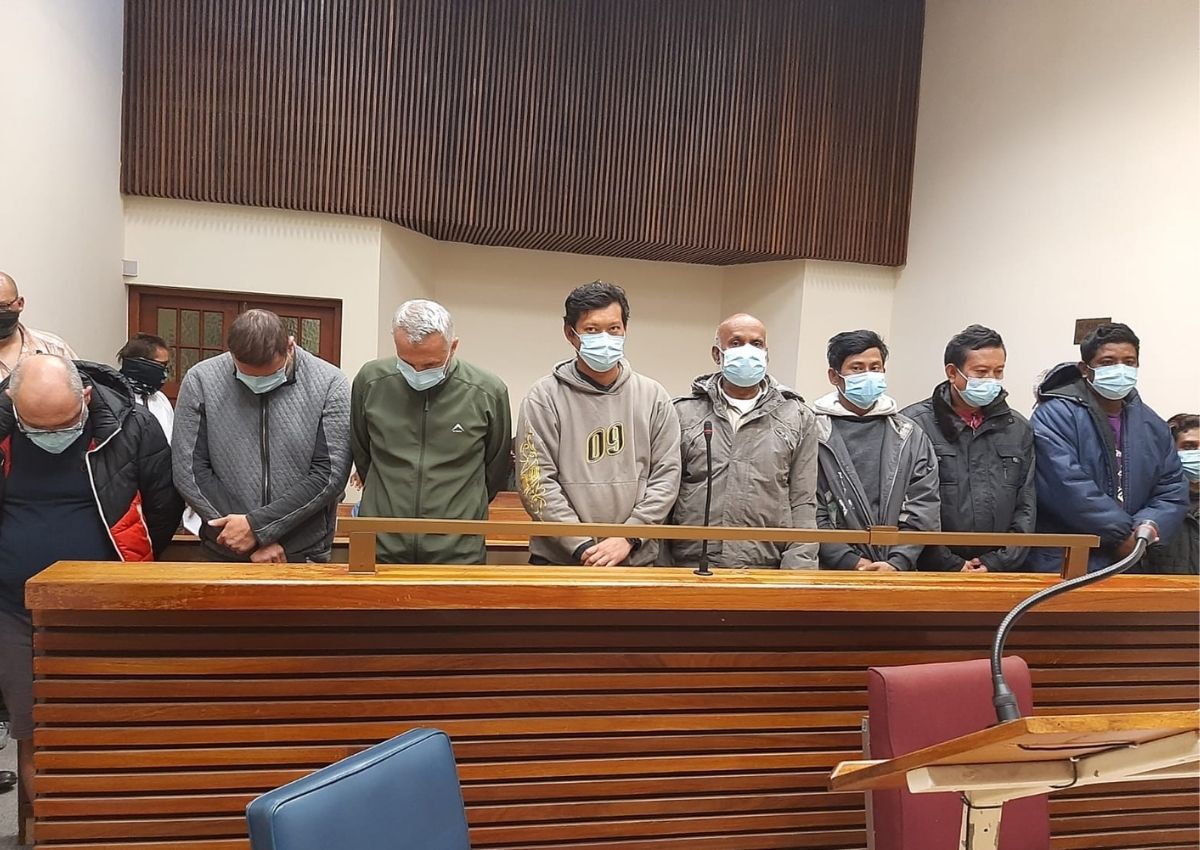 Ten Bulgarian and Myanmarese nationals who were arrested earlier this week following a dramatic late night operation in which a fishing boat carrying over R500 million worth of cocaine was raided appeared in court on Thursday and were formally charged with dealing in drugs, and possession of drugs as an alternative charge.

The case was postponed until 12 March after the defence raised concerns about the ability of the court to afford the men a fair trial without registered translators present, as they don’t speak English.

The following men entered the stand on Thursday, with the first four men listed hailing from Bulgaria and the remaining six from Myanmar.

The intelligence-driven operation that took place on Monday saw various tactical forces descending on the vessel where 973 blocks of compressed cocaine (estimated at R583 million) were found in three compartments of the vessel.

According to investigating officers who spoke to The South African, one of the Bulgarian men is the owner of the vessel that was raided, and one of his compatriots is listed as civil engineer. They added that the cocaine that was seized is currently being tested at a laboratory to determine it’s purity and origin. The drugs are believed to have come from South America.

The Bulgarian nationals listed their address as the Island Club hotel in Milnerton, Cape Town, while the Myanmarese men listed a township in their native country.

Two defence attorneys have been assigned to represent the group, but requested that their names not be mentioned in the media. During opening statements, one of the prosecutors said that before the case goes any further, issues pertaining to severe language barriers must be addressed.

“For court purposes, none of them speak English,” he said. “They don’t know English and as is their constitutional right to a fair trial, they should be tried in a language the accused person understands. There are 11 official languages in this country but none of them are Bulgarian or Myanmarese. That is a hurdle that needs to be overcome. “

He said that the men are entitled to have the charges levelled against them read to them in their mother tongue, and submitted that the court allocate an interpreter for both the Myanmarese and Bulgarian contingents.

“I don’t want to be seen as taking advantage of the situation. I don’t want them to be further investigated without having an interpreter present. Right at the outset, the state is aware that an interpreter must be obtained for both parties,” he said, with the State prosecutor agreeing to these requests.

He said that should an admission of guilt be forthcoming from one or more of the men, this would be admissible in court but may not accurately reflect the sentiment of the men whose words may be lost in translation.

The state said that the Investigating Officer had already earmarked a registered Bulgarian translator, but said that there is no Myanmar translator registered in South Africa. He said that the State would endeavour to find one despite the possible challenges posed by bringing an interpreter in from either of the countries represented, COVID-19 restrictions notwithstanding.

The men will remain in custody until they next appear, hopefully equipped with an interpreter. The seized ship is currently being held at the Saldahna Navy Harbour where it is under police guard.

Stay healthy during lockdown with this good-food eating...