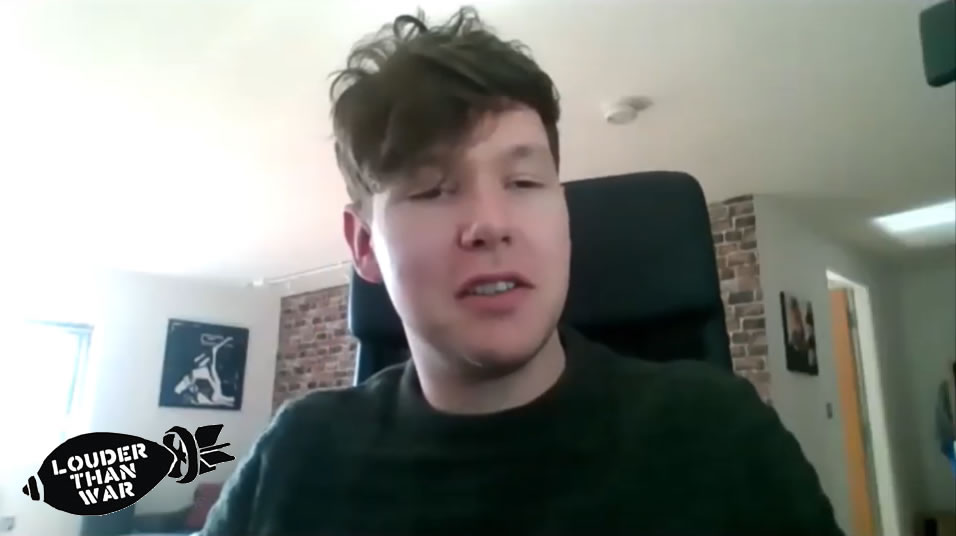 Sam Buckley Hudson burst on to the Manchester music scene as one third of his previous band Sly Antics. The frontman, originally from Hebden Bridge and now living in our fair city, has re-launched himself as Hudsun, a solo act with a massive sound and a burgeoning worldwide following. Nigel Carr caught up with Sam over Zoom for a chat about lockdown, the new single Glitch and his plans for the future!

Whilst Sly Antics veered between rock, punk & funk, Hudsun’s sound is almost ’80s style power ballad, underpinned by washes of densely constructed electronica, with killer melodies and exquisite choruses. From Retrograde (which achieved over one million listens on Spotify!) through to latest release Glitch which came out on Friday (and we premier at the bottom of this piece) Sam has managed to carve out a solid body of work during the most challenging of times.

The new single Glitch (released April 9 2021) takes Sam’s personal brand of power ballad to new levels with swathes of electronica shimmering through. His trademark baritone underpins the track, whilst the self harmonised gospel backing is nothing less than stunning.

Words by Nigel Carr. More writing by Nigel on Louder Than War can be found in his Author’s archive. You can find Nigel on Twitter and Facebook and his own Website.

TikTok Continues To Launch Breakout Hits, But Can It Sustain...