“When they started baking sourdough, I knew for certain" 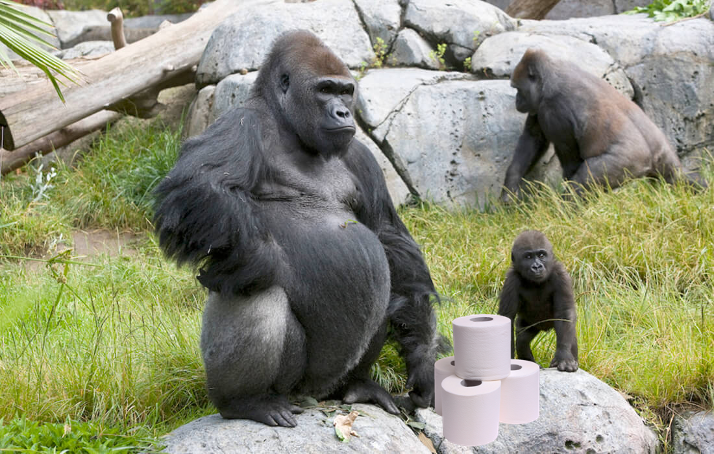 A group of gorillas at San Diego zoo who tested positive for COVID-19 this week first set alarm bells ringing when they amassed more than a thousand roles of toilet paper in their enclosure.

Zookeeper Sandra Ainsley said she knew something might be wrong when she saw two gorillas fighting over a ten-pack of Quilton 3-ply extra soft.

“It got pretty ugly. I’ve seen gorillas fight before, but not like this. They were not symptomatic, but it was pretty obvious what was going on,” she said. “When two of the gorillas started baking sourdough bread, I knew for certain”.

She said the mood of the enclose has changed significantly. “Randy has already started on a 10,000 piece puzzle. Felicity is watching a documentary on big cat game parks”.

The gorillas have stopped physical interaction and now communicate via Zoom.

“Our Thoughts And Prayers Are With The Coronavirus At This...

U.S. Nuclear Response Time Up From 4 Minutes to However...

Gritty Now Has an OnlyFans Where You Can Watch Him Eat...

Trump: Was Lebanon Even in Miss Universe?