SA’s Lipizzaners to celebrate Halloween with a ‘spooky fright night’

You can see the magnificent ‘dancing white stallions’ or South African Lipizzaners in their first-ever 'fright night' this October. 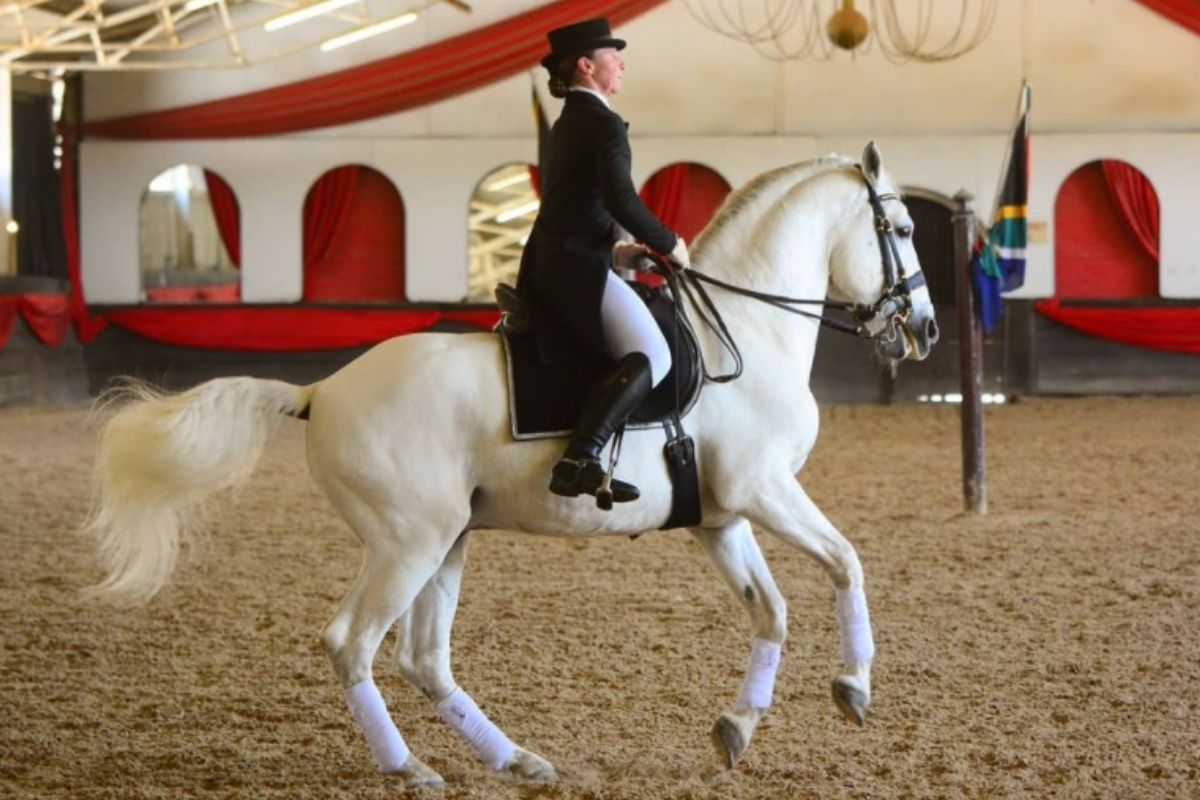 Fans of these magnificent “dancing white stallions” known as the South African Lipizzaners can attend the fright night at the Mistico Equestrian Centre in the Cape Winelands on 23 October. After the show, you can join the group in their “spooky barn” to meet the stallions and spoil them with their very own trick or treat!

Should you attend the event, please take note:

TAKING A CLOSER LOOK AT THE SOUTH AFRICAN LIPIZZANERS

According to the Fédération Equestre Internationale, it was the need for a particularly strong and brave warhorse that laid the foundations for the breeding programme that culminated in the Lipizzaner of today.

“A mélange of Spanish, Italian and Arab-Oriental horses led to what is considered the first “man-made” breed originating in around 1562. Courage, strength and agility remain notable traits of the Lipizzaner horse almost 500 years later.”

In 1948 the Lipizzaners made it to SA’s shores and in 1969 Major George Iwanowski built the first-ever indoor school in South Africa which remains the home of the SA Lipizzaner Centre today.

Two years later the first regular Sunday morning performance of the Lipizzaners was opened by the then Chief of The Spanish Riding School in Vienna, Colonel Handler.

Today the tradition of breeding and high school training continues in South Africa with a stud farm in the Gauteng Province and at the original equestrian centre.

Royal AM will be looking to continue their superb start to the 2021/22 DStv Premiership season when they play struggling Marumo Gallants at the Peter Mokaba Stadium on Tuesday. Royal AM will be looking to continue their superb start to the 2021/22 DStv Premiership season when they play struggling Marumo Gallants at the Peter Mokaba Stadium on Tuesday, 19 October.

After Royal AM’s campaign started with back-to-back defeats, they have won four in a row, scoring 12 goals in the process to make them the highest-scoring side in the league going into their seventh match of the season.

John Maduka’s men are in fourth position on the standings and three points behind second-placed SuperSport United with a game in hand.

In contract, Marumo Gallants are still winless and have just two points and one goal from their five matches this campaign.

READ | ORLANDO PIRATES LATEST | MNGONYAMA ON HIS DEBUT: I KNEW WHAT TO EXPECT

These industries will return to work under lockdown level...