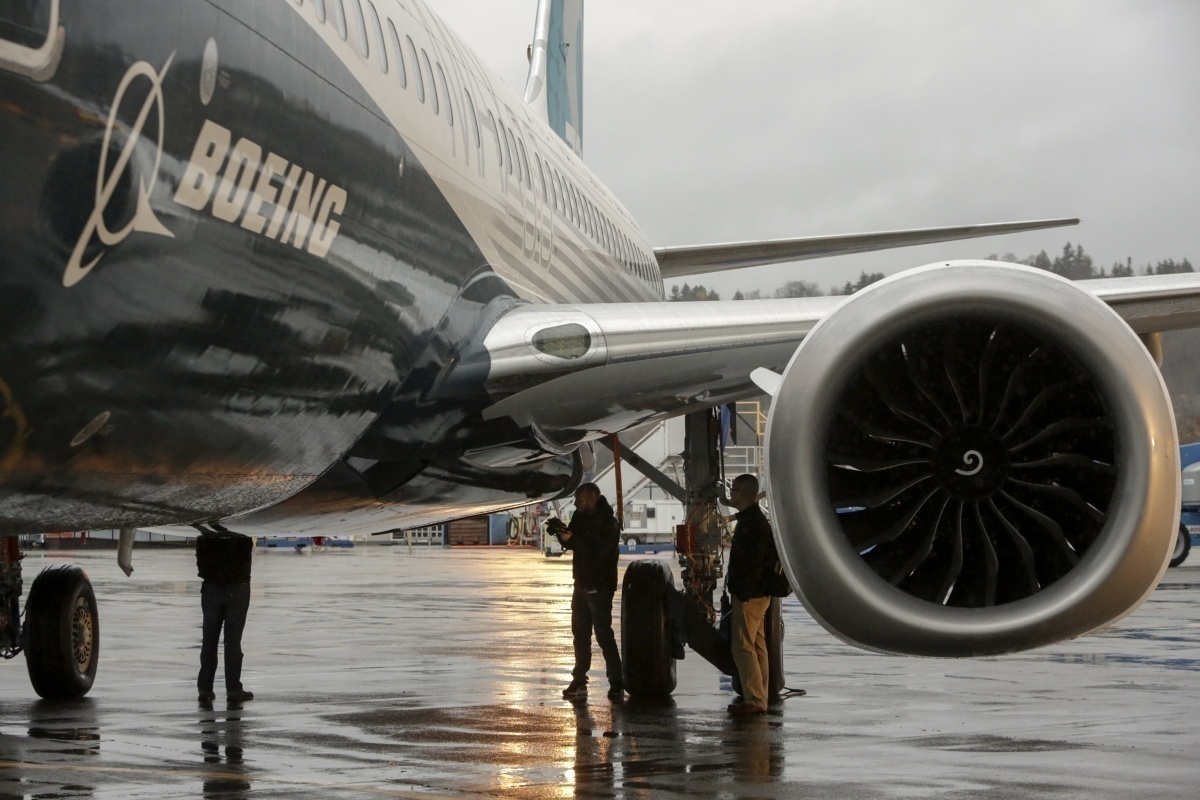 Last week, US regulatory filings showed that Saudi Arabia’s sovereign wealth fund, the Public Investment Fund (PIF) took a $713.7 million stake in American planemaker Boeing. Hitting a peak value of $440 per share in March 2019, the stock took a hit due to the 737 MAX crisis but then plummeted with the onset of the COVID-19 pandemic.

Boeing’s monetary value as a company has taken a beating in recent months. The company’s current share price sits at about $138. This is just one-third of its value from 14 months ago when it hit a record high of $440.

Of course, two key factors have caused this dramatic fall in Boeing’s share price. Firstly, we had the 737 MAX crisis. As Boeing’s most popular commercial product was grounded and put under intense scrutiny, we saw the share price slide to as low as $335. Still, this was only a 25% dip at its worst. This is likely due to investor confidence stemming from Boeing’s wide range of other products in various sectors, including space and defense.

Furthermore, in terms of its commercial division, the 737 was just one model while the company was still offering 787s and the upcoming 777X. We can also consider that investors had a firm faith that the 737 MAX would recover and re-gain its certification in a reasonable amount of time.

Of course, the big reason why Boeing’s value is as low as it is right now is COVID-19. Around the beginning of March, the company’s share price took a dramatic freefall, going as low as $95 per share – a nearly 80% drop from its March 2019 high. It has recovered a little since then, but not by much. The current price reflects the fact that it will take quite some time for commercial aviation to recover.

Therefore, Saudi Arabia’s PIF probably sees Boeing as a good investment opportunity at its current value. With new leadership at Boeing and a pledge to address fundamental workplace issues, Boeing could come out of this a stronger company – although it may take a few years.

For any potential investor, a key question to ask during a time like this is “has the stock gone as low as it can go?” If investors think that the price has reached rock-bottom, then logic dictates that it can only go up from here. While it’s still difficult to tell if the company’s share price has indeed stabilized, the PIF must feel like it’s worth taking the calculated risk.

Will this change commercial aviation in Saudi Arabia?

This move has interesting implications for one particular airline in Saudi Arabia.

The country’s flag carrier, Saudia (formerly Saudi Arabian Airlines) is wholly owned by the Kingdom of Saudi Arabia. Therefore, it would seem to be in the best interest of the country for its airline to order Boeing jets.

Perhaps because of this new investment in Boeing, we’ll see new orders come more from Boeing than Airbus in the years to come. Of course, for the foreseeable future, it’s hard to imagine that any airlines will be placing new aircraft orders.

How do you see this deal affecting Saudi commercial aviation? Let us know your thoughts in the comments.

US Government Claims That China Is Blocking US Airline Flights

The Boeing 747 is known for being the Queen of the Skies. With a venerable run, the aircraft… 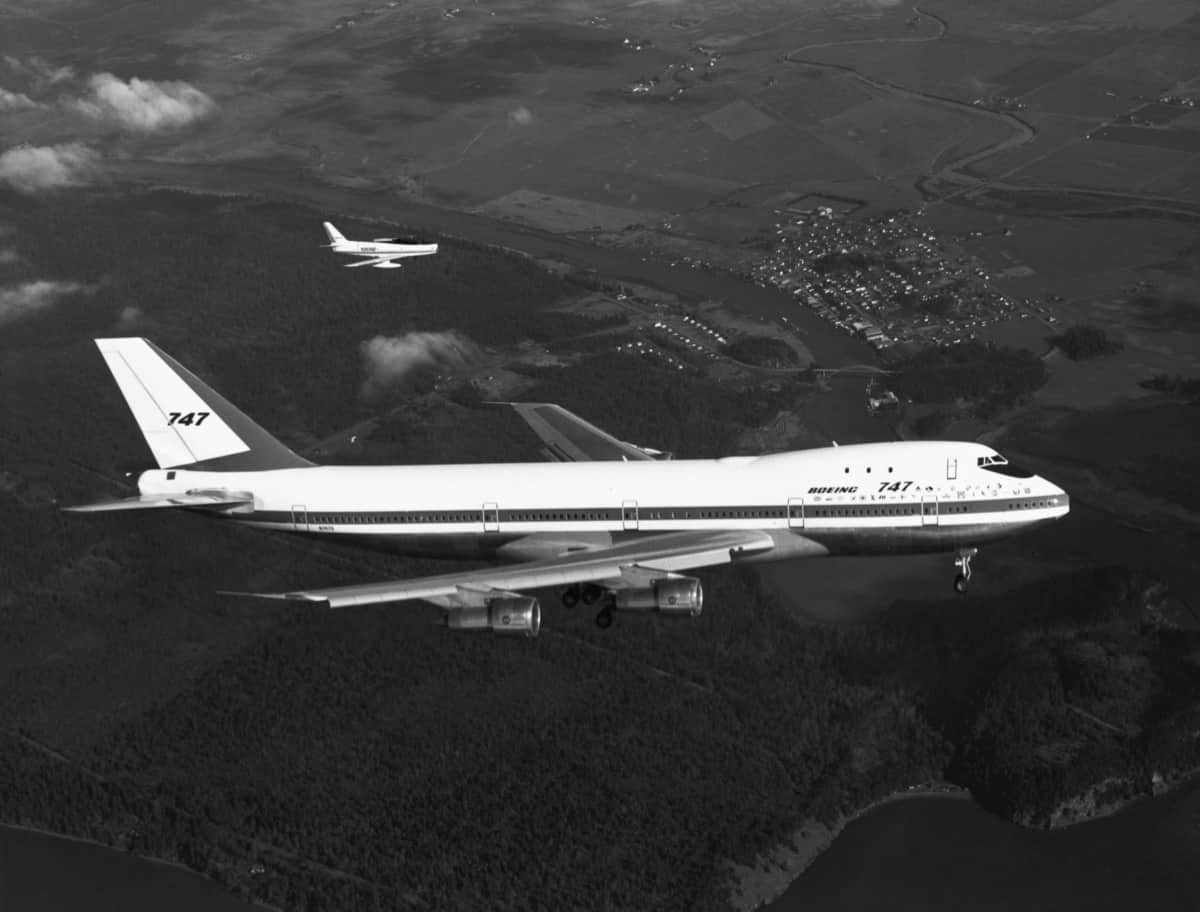 The Boeing 747 is known for being the Queen of the Skies. With a venerable run, the aircraft first rolled out in 1968. Since then, millions of passengers have had the phenomenal opportunity to fly on the one-of-a-kind jumbo jet. Some of the first Boeing 747s are still in operation.

The oldest being 747s in operation

Between the Iranian Air Force and United States Air Force, the two operate the eight oldest Boeing 747s per data from Planespotters. The oldest, EP-AJT, was the fifth 747 to roll off the assembly line. It is over 50 years old and first flew for TWA as N93101. The next two flying for the Iran Air Force area about 49 years old.

The US Air Force operates four 45-47-year-old special 747s called Boeing E-4Bs. These aircraft are part of the National Military Command System for the President, the Secretary of Defense, and the Joint Chiefs of Staff. They are incredibly special aircraft and can serve as an aerial command center in case of a national emergency where ground command and control centers are destroyed. The E-4Bs can provide leaders secure communications and control centers for executing wartime orders and coordinating actions with the military. This aircraft is based on the Boeing 747-200.

Other older Boeing 747s operate as VIP aircraft. This includes transport for heads of state like the Sultan of Oman and the Saudi Arabian Government. Military and VIP aircraft operate fewer flight cycles, which means more downtime for maintenance.

Boeing’s Dreamlifter, the large cargo transport, was made from converted Boeing 747-400s. The oldest of the Dreamlifters is just over 30 years old, N249BA. This Boeing 747 flew for China Airlines for about 15 years before Boeing took it over.

What about passenger operations?

The oldest Boeing 747 passenger jet flies for Mahan Air, EP-MNB. This aircraft is about 31 years old and flew first for United Airlines. The 747-400 spent some time on the ground before Mahan Air took it on in 2009. While Mahan Air kept the aircraft on the ground for some time, it came back into service in 2019 and has flown since then.

Mahan Air is an Iranian airline that, due to sanctions, is unable to acquire newer aircraft, so it has to operate old aircraft.

The next oldest passenger Boeing 747 flies for Wamos Air, EC-KXN, which is 26 years old.

One of the largest operators of the Boeing 747, British Airways, has some Boeing 747-400s that are over 22 years old. However, some of these are currently stored due to the ongoing crisis. It is unclear how many (or if any) of these aircraft will return to service.

Older Boeing 747s are being phased out due to the current crisis. The aircraft has served for a venerable amount of time and will continue to fly in VIP and air force capacities. However, when it comes to passengers, the oldest 747s will likely see the end of their service line.

Most older 747s that are not flying for VIP or government operators, the aircraft have been converted to freighters, which extends the lifespan for the aircraft. Expect some older 747s to head to conversions in order to support supply chains around the world.

However, some airlines will continue to fly Boeing 747s as sanctions would prevent airlines from acquiring newer planes.

Will you miss the older 747s? What are your favorite 747 memories? Let us know in the comments!