Thousands of primary school pupils returned to classes this morning but many stayed home over fears the lockdown has been relaxed too soon. Read more: Schools reopen amid coronavirus fears but parents keep many children at home 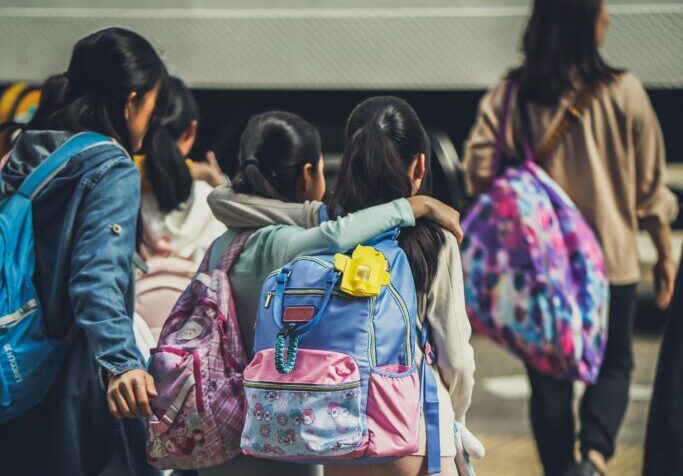 Thousands of primary school pupils returned to classes this morning but many stayed home over fears the lockdown has been relaxed too soon.

The majority of primaries in England will open today or later this week to children in nursery, reception, Year 1 and Year 6, despite safety warnings from teaching unions and some scientists.

Surveys have suggested that about half of parents remain unconvinced by the government’s reassurances, a figure borne out by many primaries which say they are expecting only about half those eligible to return.

Parents’ concerns have been backed by the Association of Directors of Public Health (ADPH) which has said that its experts are “increasingly concerned” that ministers are making the wrong judgment in easing restrictions too quickly.

Alok Sharma, the business secretary, denied that too many elements of the lockdown were being eased at once. “This is not a dash. These are very cautious steps that we are taking. They are phased,” he told BBC Breakfast.
Mr Sharma said he understood “completely” why parents were concerned and that it was vital children and staff were kept safe. He said the government had set out measures to stop the spread of the virus in schools.

About 20 local authorities have said that their schools will stay shut, including Brighton & Hove, Bradford, Redbridge and North Somerset.

Patrick Roach, general secretary of the NASUWT teaching union, said: “Any employer that seeks to press ahead with reopening of schools to more children without adequate risk-assessment planning could face legal action.”

Schools are staggering drop-off and pick-up times, and children will be confined to “bubbles” of no more than 15 pupils. Cushions, comfortable chairs and most toys have been removed from classrooms.

Government guidance says that teachers do not need to wear masks or any other PPE equipment, and children do not have to stay 2m apart. However, some schools will try to limit close contact.

Schools have remained open throughout the coronavirus restrictions for the children of key workers and vulnerable pupils.

It remains uncertain how many parents will allow their children to return. A study from the National Foundation for Educational Research, based on 1,200 school leaders, found that 46 per cent of parents would keep children at home, rising to 50 per cent of parents in schools in disadvantaged areas.

Schools that are reopening have made use of the flexibility offered to them by the government late last month to organise their return to suit the premises, teachers and parents.

Some are choosing to open later this week, to end the day early or to close on Friday for a deep clean. Some are bringing only selected eligible year groups, and others are operating a rota.

Parents are sharply divided on the issue and class WhatsApp Groups are being used to debate the issue.

Justine Roberts, co-founder and chief executive of the Mumsnet online forum, said some parents have felt “bruised by the negative responses of family or friends, which seem to be driven by worries about the infection risk”.

“Many people are highly dubious that the youngest children can really be prevented from sharing bugs and carrying them out into the community, and lots of people have picked up on teachers’ concerns about whether schools have had enough time to prepare a really safe environment,” she said.

“It seems likely that people’s responses are driven by understandable fear and uncertainty, but if you’re a parent run ragged by nine weeks of home-schooling while attempting to hold down a job, other people’s judgment is likely to be the last thing you need,” she said.

Mark da Silva, a father of three from south London, has decided to send his year 1 son back to school when it reopens on Thursday. His children range in age from five to early teens and home-schooling ranges “from phonics to Romeo and Juliet”.

“He’ll be doing two and a half hours a day in school, five days a week. I accept that it isn’t going to look like an early-years classroom but I think sending my kids into school would be significantly better off than having my son at home being home-schooled by me,” he told BBC Radio Four.

“I’m on my own. I’m self-employed. I’m trying desperately to keep some form of normality alive, but my income is naturally down significantly as I can’t fulfil my role. I’m trying to home-school three children on my own. My partner works for the NHS so she’s in hospital on the front line, so we’re not really seeing very much of her. And the truth is I don’t think that my son is getting enough benefit from being at home, and I’m deeply, extremely concerned by the amount of schooling that my child is missing out.”

Can robotics actually improve creativity in the kitchen?

Greggs to reopen 800 stores from mid-June after ‘robust...

Pros And Cons Of The Various Types Of Cryptocurrency Wallets

Mayor of London and business leaders urge companies in...