Metals are substances that can be elements, alloys or compounds. They all conduct heat and electricity and can be formed into different shapes. 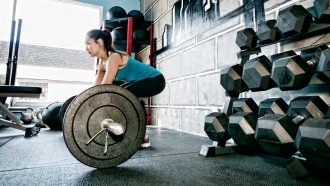 Metals are substances that have three major things in common. First, they can conduct electricity and heat. Metals can also be shaped. Some are hammered into flat sheets or can be pulled into wires. Finally, metals are often lustrous — which means shiny — when they are polished.

Some metals, such as gold or iron, are elements found in the Earth. In fact, most of the periodic table is made up of metals. These metals are often located in the Earth’s crust. They have to be mined and processed before they are used.

Other metals are alloys — metal elements combined with other elements. Sterling silver, for instance, is actually an alloy of two metals — silver and copper. Iron combined with carbon produces the alloy called steel.

Some chemical compounds — molecules made of different elements — also have metallic features. They might be made of nonmetal elements like sulfur and nitrogen. But in the right configuration, the molecules conduct heat and electricity, can be shaped and are even shiny. These are called molecular metals.

Metals are everywhere. They’re in our computers and cars. They conduct electricity through our houses. Metals in pots and pans conduct heat to cook food. And some metal elements — such as sodium, calcium and iron — are even in our bodies, where they play important roles in our health.

When sandwiched between metal plates, a bacteria’s tiny protein wires can turn water into electricity.

New device gets power from 5G signals grabbed from the air

Do they have real, observable effects, or are they merely calculational tools?Continue reading on Starts With A Bang! »

Do they have real, observable effects, or are they merely calculational tools?

How Far Back In Time Can We See With Our Naked Eye?

Ask Ethan: Have We Finally Found Evidence For A Parallel...

Why Does Comet NEOWISE Have Two Tails?

Earth as you’ve never seen it before