Scoob! tries to deliver a touching story about friendship, but the movie's cringey pop culture references and cliche superhero story ruin it all. 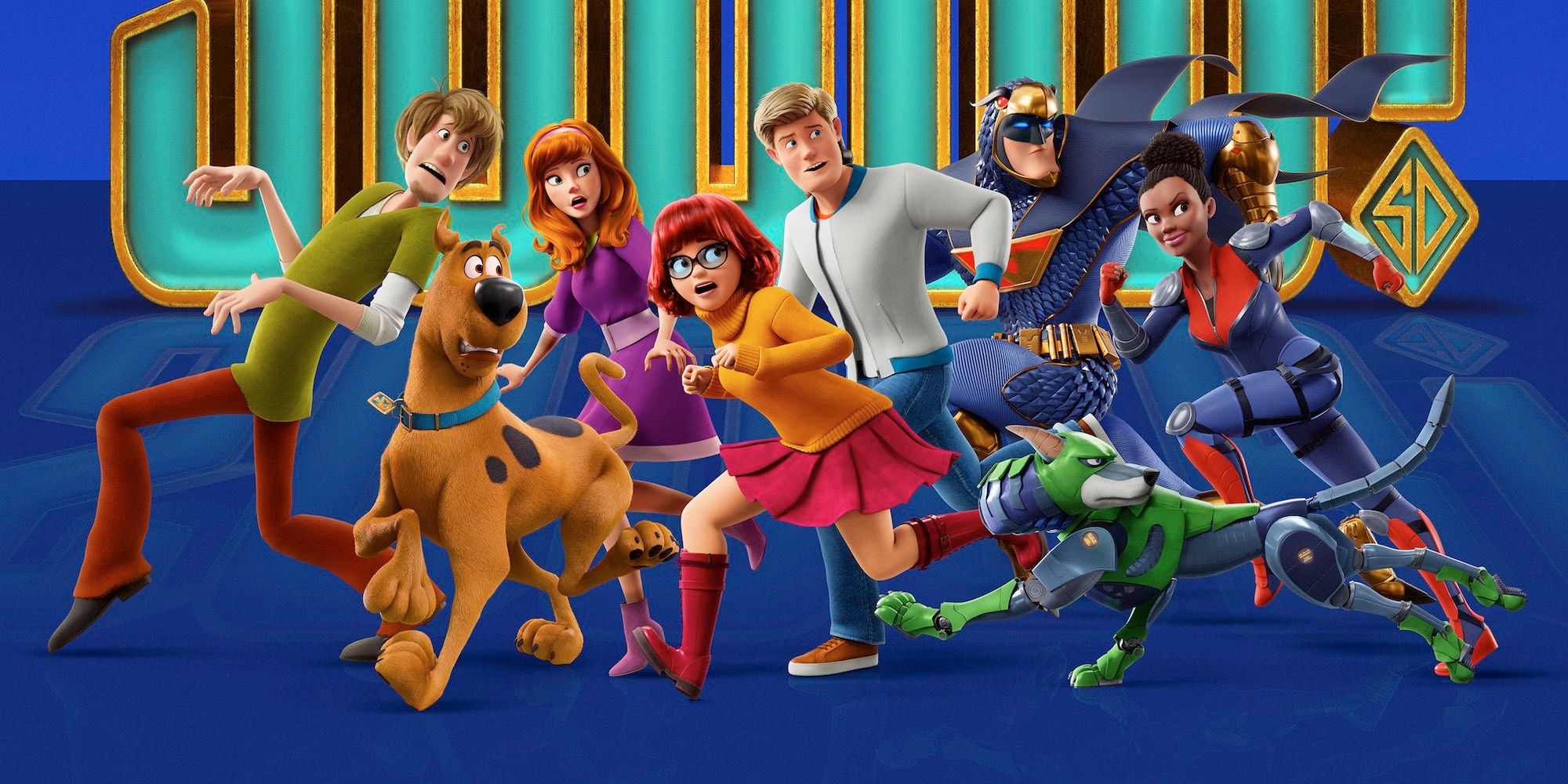 Every few years, Hollywood attempts to reinvent classic Hanna-Barbera property Scooby-Doo - most often in animation, though sometimes in live-action - and this time Warner Bros. is delivering , a 3D-animated comedy. With each reinvention of the talking dog and his closest pals, those behind the scenes attempt to bring something new to the table, whether that's following the Mystery Inc. gang as kids or having the team joined by various famous figures both real and fictional. In Scoob!, the filmmakers opt to create a Hanna-Barbera cinematic universe, following a trend in blockbuster franchises made popular by superhero movies. The film is directed by Tony Cervone (Scooby-Doo! Abracadabra-Doo) with a script by Adam Sztykiel (Rampage), Matt Lieberman (2019's The Addams Family) and newcomers Jack Donaldson and Derek Elliott, from a story by Lieberman and Eyal Podell and Jonathon E. Stewart (The Angry Birds Movie 2). Scoob! tries to deliver a touching story about friendship, but the movie's cringey pop culture references and cliche superhero story ruin it all.

Rather than a classic mystery, Scoob! sees the Mystery Inc. gang split up, with Scooby (Frank Welker) and Shaggy (Will Forte) taken in by the Blue Falcon (Mark Wahlberg) and his associates, Dee Dee (Kiersey Clemons) and Dynomutt (Ken Jeong). This leaves Fred (Zac Efron), Daphne (Amanda Seyfried) and Velma (Gina Rodriguez) to track down their friends, only to discover Dick Dastardly (Jason Isaacs) is after Scooby to complete his evil mission. The adventure takes Scooby and the gang all around the world, running into other Hanna-Barbera characters like Captain Caveman (Tracy Morgan). But it remains to be seen if Scooby and Shaggy's friendship will survive the ordeal, or if their lifelong relationship will be what saves them in the end. Aside from Welker, who's been voicing Scooby-Doo characters for decades, the voice cast is new to the franchise, and they're fine enough. But Isaacs is easily the most enjoyable as the villainous Dick Dastardly, overshadowing the entire Mystery Inc. gang.

'What if Scooby-Doo, but a superhero movie' is the kind of film pitch that might sound good in theory, because it combines a recognizable property with a currently popular trend to create something new(ish). But in the case of Scoob!, it necessitates the complete reinvention of Scooby-Doo to the point that it's entirely unrecognizable. Scoob! is not your mother's Scooby-Doo (nor is it yours, if you grew up with literally any other version of the beloved cartoon dog). Scoob! is clearly meant to be completely unlike any other Scooby-Doo story that's been told before, but then it features classic imagery or lines as if the filmmakers were contractually obligated to include "Jinkies." There's a constant tug-of-war between new and old ideas in Scoob! that ultimately leaves no one happy, with the exception of, perhaps, children too young to be interested in anything more than the candy colored animated world and Top 40 needledrops.

But even the "new" aspects of Scoob! aren't actually new, they're tropes from superhero stories transposed into the world of Scooby-Doo and Hanna-Barbera. This is where Scoob! most diverges from classic Scooby-Doo because even though the Mystery Inc. gang have teamed up with superheroes like Batman in the past, it wasn't to the detriment of any of the characters. In Scoob!, the writers contrive a "chosen one" arc that doesn't make much sense for the character, all so that they can further the plot. That plot, which features cartoon villain Dick Dastardly assembling three MacGuffins, is one superhero fans have already seen many times and Scoob! doesn't offer much of a compelling reason to watch it play out once again. Even when Scoob! does try to take a real risk, one that even superhero movies rarely take, the film refuses to commit to it. It can't, of course, because that would eliminate the sequel potential.

In the end, Scoob! winds up feeling like the ultimate cash grab, taking a recognizable and beloved IP and adding as many things as possible that studios and filmmakers think viewers want. It's got superheroes (and superheros dabbing to "All We Do Is Win"), classic Scooby-Doo catchphrases, plenty of confirmation of a Hanna-Barbera shared universe, celebrity cameos, and meta jokes about classic Scooby-Doo archetypes. Because why actually redesign and reinvent Scooby-Doo for a new generation when you can just make lazy jokes about how Shaggy still talks like it's the 70s, but never explain why he's still dressed in bell-bottoms - or, for that matter, why the entire gang still dresses like the 70s despite Scoob! taking place in modern day. The answer, presumably, has to do with not making the recognizable property too unrecognizable. But while the movie may succeed in making Shaggy, Fred, Daphne and Velma look like their classic counterparts, Scoob! has very little else in common with the ethos of Scooby-Doo.

As such, Scoob! is entirely missable for fans of Scooby-Doo, even with the lower barrier of entry due to the film releasing straight to streaming. Though Scoob! was originally set for a theatrical release, it's now releasing to video on demand as movie theaters around the world remain closed to combat the coronavirus pandemic. Because of this, Scoob! may be worth the price for families in need of entertaining their young children while staying at home. With a brisk 90-minute runtime and plenty of bright colors and loud, recognizable songs, Scoob! has the right elements to keep kids entertained. Still, those looking for classic Scooby-Doo or anything more than superficial entertainment can skip Scoob! - even with the dearth of new movies.

Scoob! is now available on demand. It is 94 minutes long and rated PG for some action, language and rude/suggestive humor.

Let us know what you thought of the film in the comments section!