Wearing a Wallabies guernsey, a Matildas scarf and a VB hat, Prime Minister was vaccinated against COVID-19 for the second time in a week 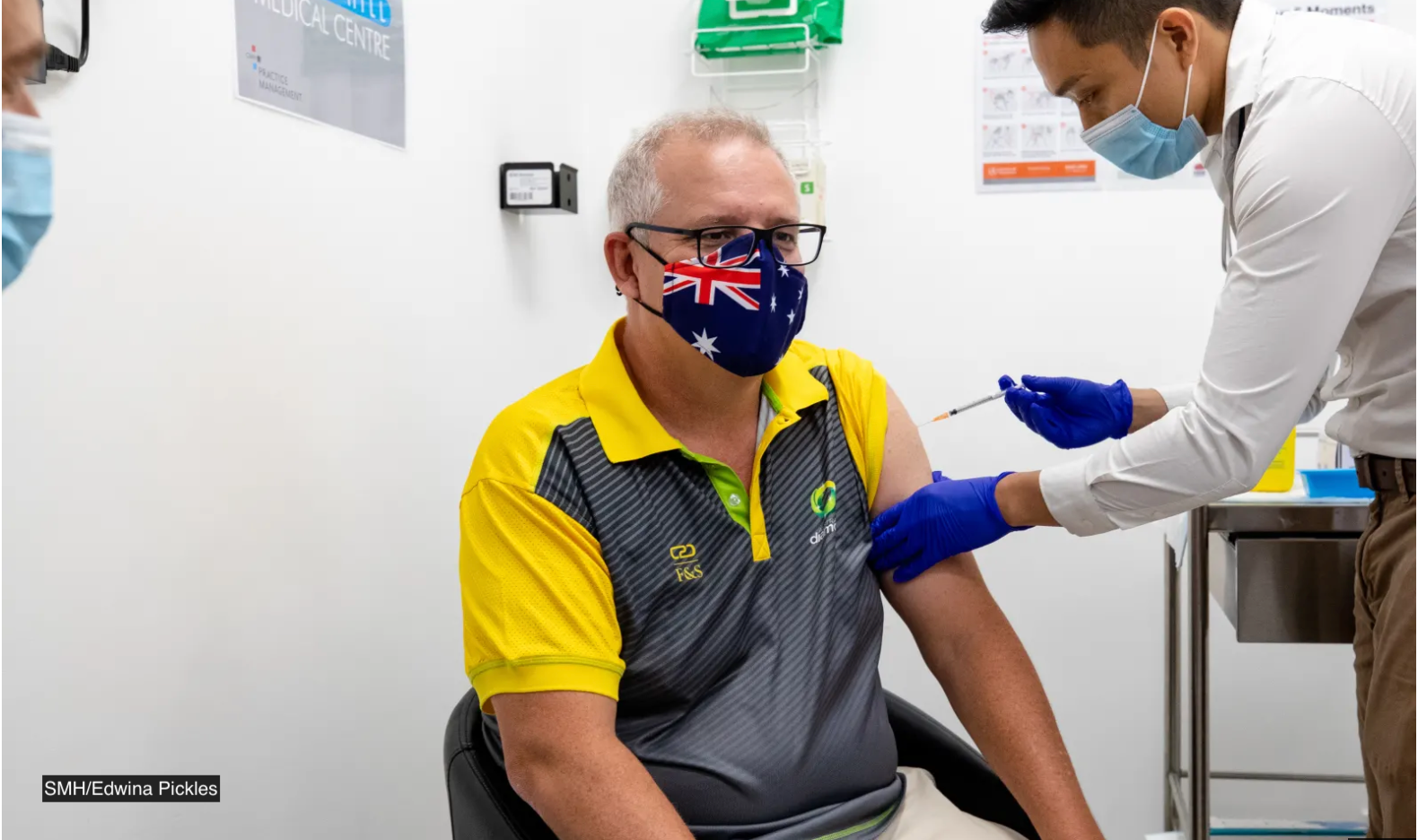 Wearing a Wallabies guernsey, a Matildas scarf and a VB hat, Prime Minister Scott Morrison was this morning vaccinated against COVID-19 for the second time in a week, in a frantic attempt to shift the media’s attention away from the growing list of sexual assault allegations in his party.

Singing Waltzing Matilda while eating a meat pie with sauce, the PM posed for cameras, making sure they had the right shot, before changing into an Australian one day international cricket kit for a second take.

Asked about the accusations of rape within his party, Mr Morrison said it was great to get vaccinated and asked how great was Australia.

“The most important thing that everyone needs to focus on right now – in fact the only thing they need to focus on – is the Prime Minister leading by example and getting vaccinated. This really is the only story,” he said, swapping out his VB hat for a Cronulla Sharks version.

Photos of the vaccination are expected to lead all major news networks today.

Study: Cure for Covid-19 Likely in Same Vortex or Alternate...