Running the country hasn’t grabbed Morrison’s attention in the same way that, say, using a sexist trope to name a group of chickens has 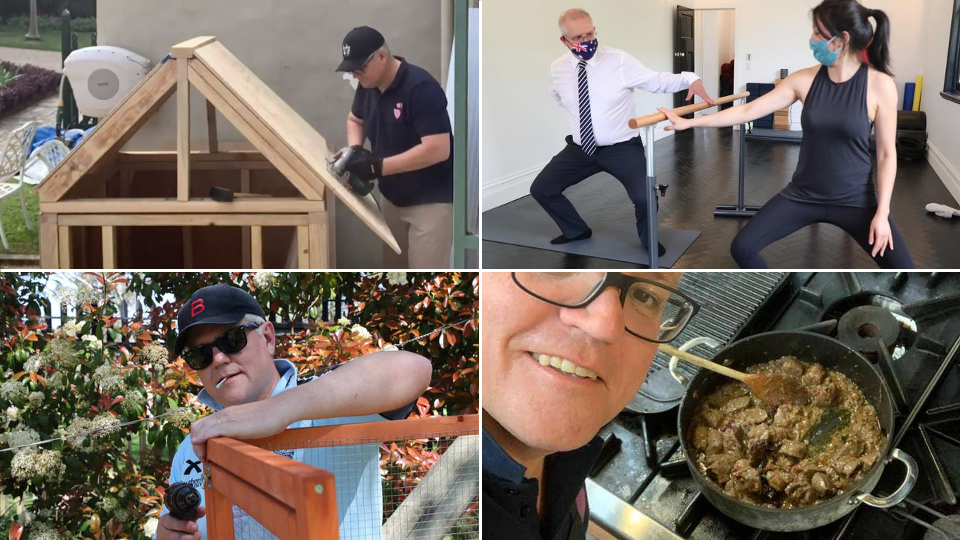 Workplace flexibility is great. The fact that more and more organisations are offering their employees access to different ways of working is definitely a step forward. It’s just that, of all the years for Scott Morrison to take a career break, this seems like a strange one. There’s been a bit on.

A global pandemic, the deaths of 700 people in federal nursing homes, a $1.2 billion (yep billion) Robodebt settlement, the release of a report that showed Australians had committed a full gamut of war crimes. The worst recession since 1932.

Also – and I don’t want to berate him too much for not noticing this because keeping chickens is unbelievably time consuming – but the second most populous state in the country lived through the worst collective trauma in a generation.

Of course, not even Prime Ministers can be expected to be across absolutely all of the issues, all of the time. As anyone who’s into cooking would know, making a curry from scratch and then posting about it on Instagram can take up a lot of headspace. But there have been one or two things that have popped up this year that could’ve done with some Prime Ministering.

Yes, even Prime Ministers deserve a break from time to time. In fact, if anyone had earned some time off to recharge the batteries at the start of this year, it was Scott Morrison. With everything that’s been going on, it’s easy to forget that the PM was unexpectedly asked to cut his holiday short last December so he could come home to run the country for the last few days of the bushfire crisis. That’s a lot of responsibility to delegate. So sure, a holiday after that seems fair enough.

But a full year off? This year?

Don’t get me wrong. It’s great that gap years are available to Prime Ministers now too. It just seems that if you’re the sort of person who’s always dreamed of running the country, this would be the perfect year to, you know, run the country.

It’s a bit like a soccer player who’s always dreamt of representing his nation, getting the call up to play the World Cup. And then knocking it back because he’d already signed up to do a woodworking class for those four weeks.

Not that there’s anything wrong with woodworking courses. Apparently Jen and the kids love the cubby house that Scott built. But maybe the DIY work could’ve waited until after the war crimes report had been dealt with, or at least until Australia’s unemployment rate dipped below 6% again.

It’s not as if he hasn’t done any work at all. He did pop into work in late March to tell everyone to stay at home, before heading off to the footy. He launched the COVIDSafe app. And he’s had a part-time job making promo videos for Bunnings (even Prime Ministers have to earn a bob on their year off).

But it’s fair to say that now that he’s got the job, running the country hasn’t grabbed Scott Morrison’s attention in the same way that, say, using a sexist trope to name a group of chickens has.

It’s a credit to the strength of the Australian Federal system that we’ve been able to go a whole year without a Prime Minister. We’ve got others who can step in to lead the way – like the Governor General. Actually, bad example. But you know what I mean.

Anyway, let’s hope Scott’s refreshed and ready to go for 2021. Because working full time can be a grind. Especially when you’ve got to juggle photo opps at barre classes with building a new pergola.

Wizard of Oz Under Scrutiny For Spending $1.2 Billion in...