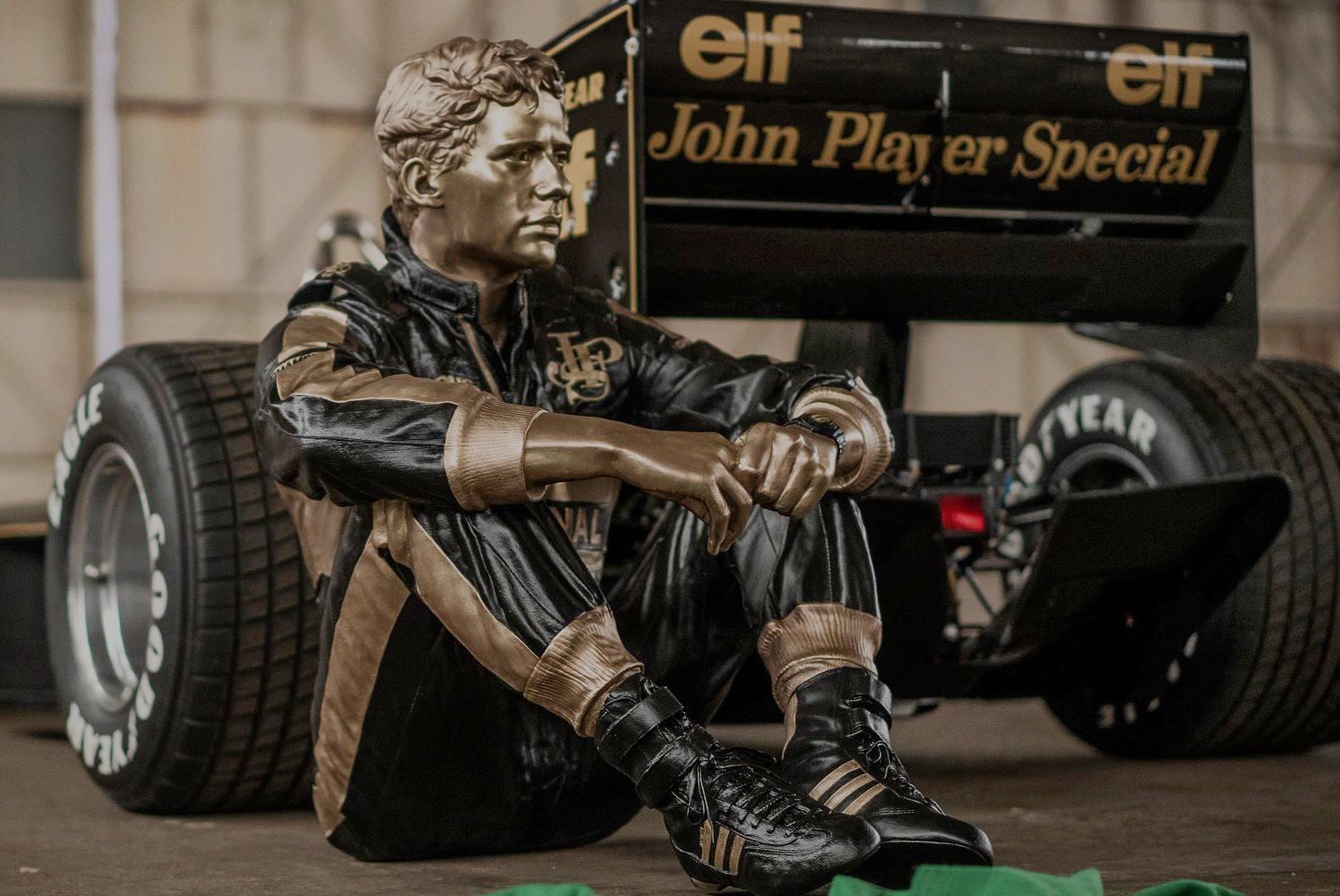 On this day 36 years ago, Senna wrote the first chapter of his legendary life as an F1 driver by winning the rain-soaked Portuguese Grand Prix, the 25-year-old mastering onboard his JPS Lotus-Renault the treacherous conditions of a race that saw him lap everyone but Ferrari's Michele Alboreto.

Oz, whose first Senna bronze famously portrayed the great Brazilian seated in his McLaren negotiating Eau Rouge at Spa, a work commemorating the 25th anniversary of the three-time world champion's passing, unveiled his latest masterpiece on social media on Wednesday.

"Today in 1985, the greatest icon of F1 took his first win, in horrendous conditions in Estoril," wrote the British portrait artist and sculptor.

"My life-size bronze statue celebrates this and my earliest memories of the sport - the black and gold of JPS Lotus."

Today in 1985, the greatest icon of F1 took his first win, in horrendous conditions in Estoril.
My life-size bronze statue celebrates this and my earliest memories of the sport - the black and gold of JPS Lotus. pic.twitter.com/LLP86sGNpU

Oz's sculptor depicts Senna seated on the Estoril track behind his Lotus as he waits for assistance after breaking down during practice.

Senna's Portuguese Grand Prix win was not only a landmark win for the latter, and perhaps his greatest triumph, it was also a watershed moment for Team Lotus which had won just one race - the 1982 Austrian Grand Prix thanks to Elio de Angelis - in the previous six seasons.

Senna, who had started his career in F1 with Toleman in 1984, would go on later in the 1985 season to deliver a second win to Lotus, also in wet conditions, at the Belgian Grand Prix at Spa.