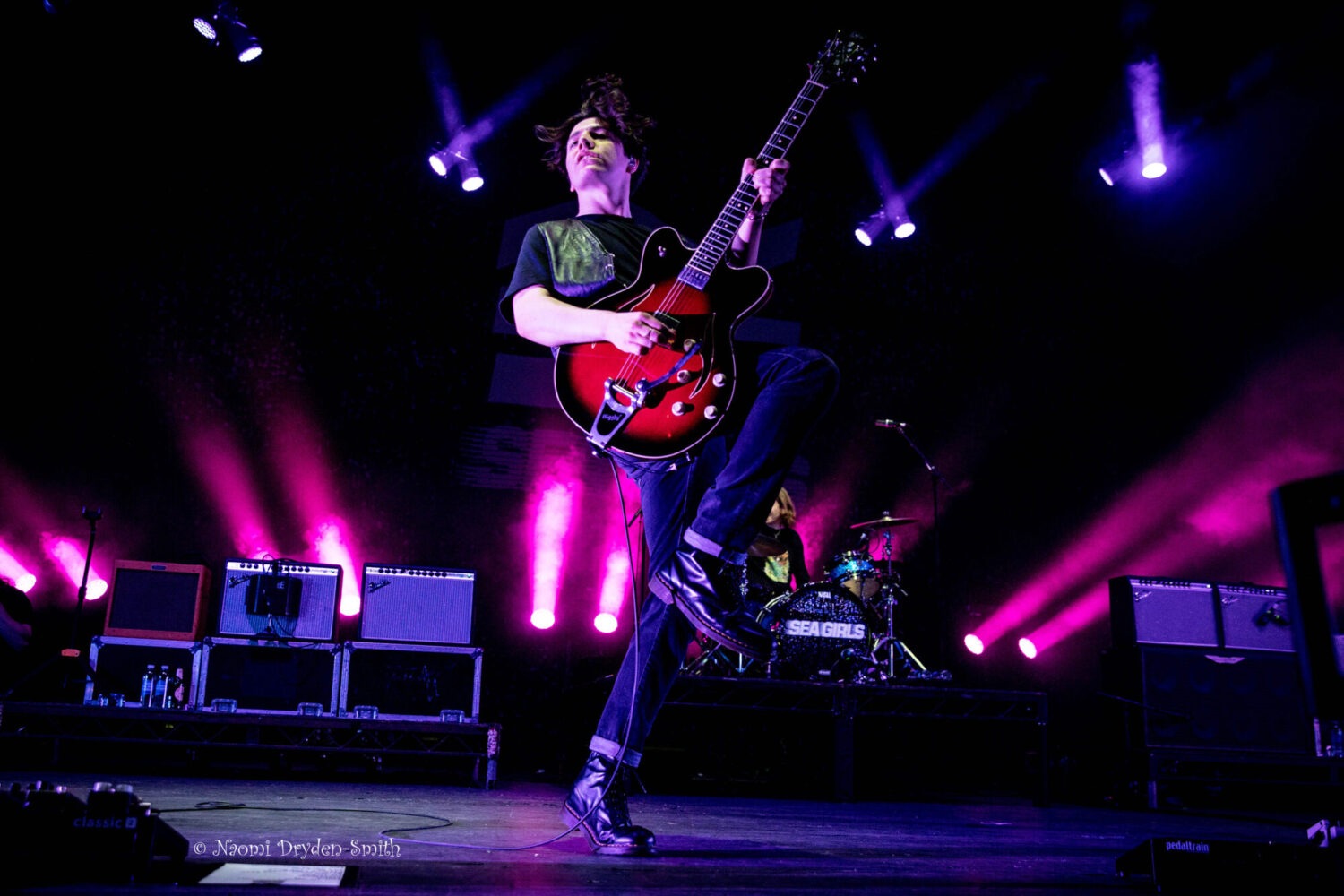 Sea Girls’ social feeds are awash with groups of young people either beaming with their homemade banners, dancing energetically without a care in the world, or raising their hands in unison as they cheer.

They’re all clearly having such a good time that their photos could be used as marketing materials for a youth culture brand promising to make dreams come true. And yet, 30 seconds into Sea Girls’ sold-out Brixton Academy gig, it’s clear that the pictures completely undersell the experience.

But that’s to be expected. Anticipation has been building since long before opening act Coach Party take the stage with their punchy, punky anthems and inspired hip hop-flavoured take on Nirvana’s In Bloom. The tour, originally set for November 2020 in support of Sea Girls’ debut album, has been rescheduled twice. The wait is finally over for the London fans. They’re more than ready. 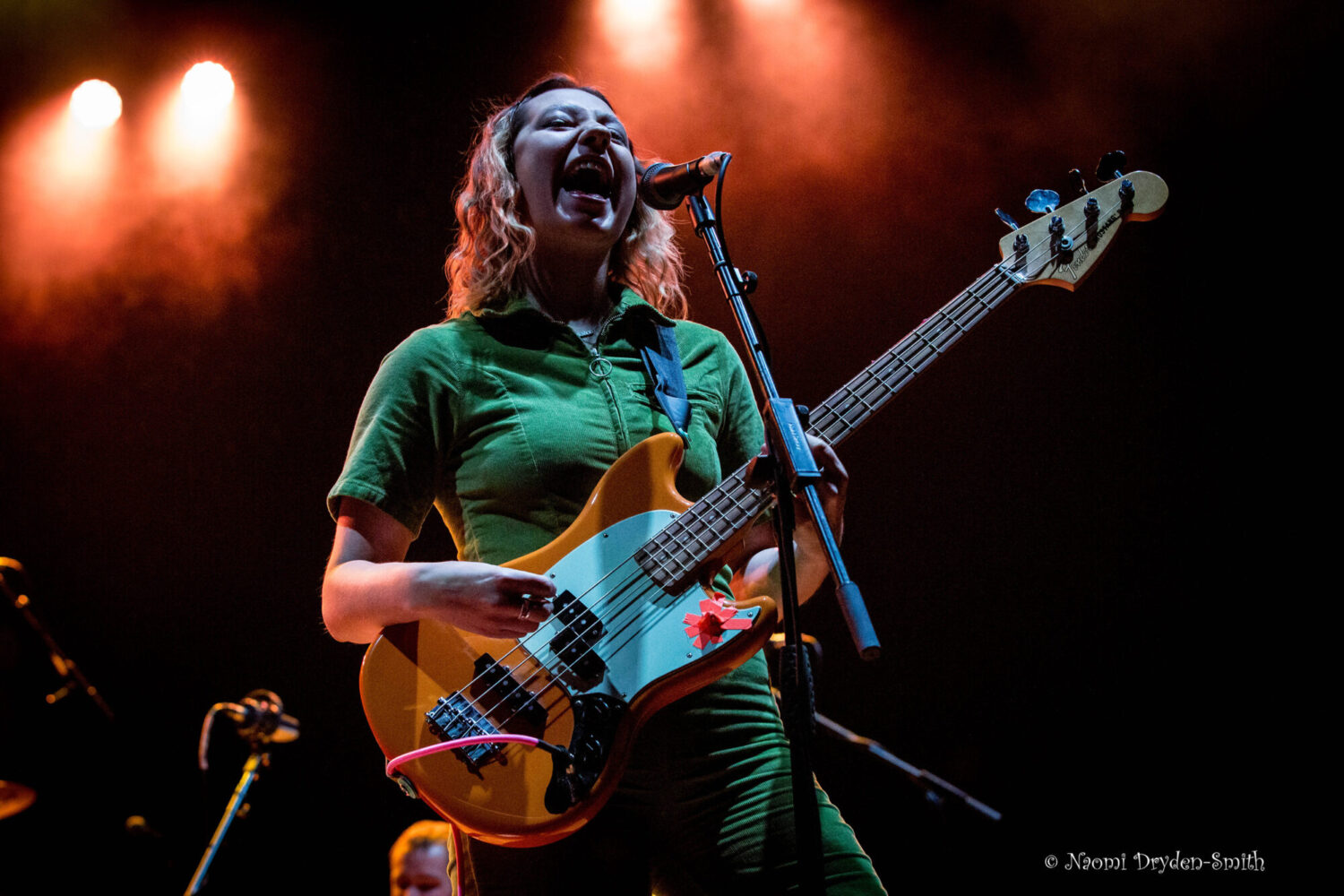 They’ve seemingly spent the long year since Open Up Your Head’s release memorising all 49 minutes and 48 seconds of it. They don’t just know all the lyrics, they’ve internalised Henry Camamile’s vocal nuances and even some of Rory Young’s guitar lines. If drummer Oli Khan had solos, it’s likely the fans would be able to recreate those too.

This mass engagement is clearly what the band want. Their arena-sized, Radio 1-ready indie anthems are instantly memorable, the kind of song intended to become the soundtrack to your life, to be shouted out loud from your friend’s shoulders in a muddy festival field.

In a venue the size of Brixton Academy, the effect can be positively overwhelming. From the first words of jubilant set opener Call Me Out, Camamile threatens to be drowned out by the voices from the floor. And when the band stop for a few seconds before kicking into the chorus one last time, the response is, unexpectedly, not one of hushed reverence. 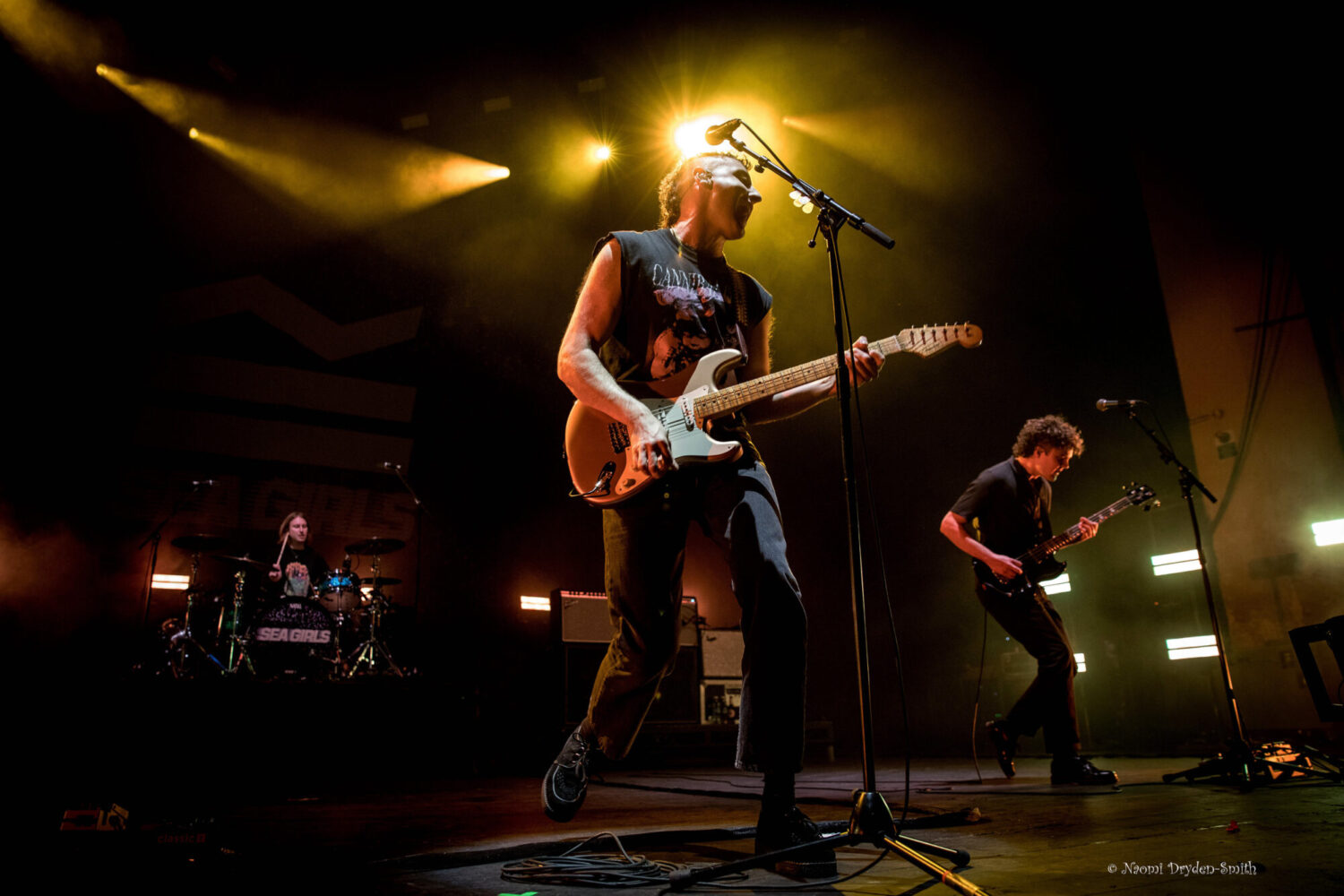 It’s an enthusiasm, not aggression, that barely relents as the four-piece (especially the endlessly twirling Young) match the fans’ energy levels and deliver one crowd-pleaser after another. There’s the eager Closer (with its “woo woo” refrain), sweeping Forever (think U2 at their most panoramic), and driving Damage Done (custom-made for pogoing despite its refrain of “I don’t really want to dance”).

There’s the open-hearted modern love story All I Want To Hear You Say, and the deceptive duo of Lie To Me and Do You Really Wanna Know, which overtly pair the band’s bounciest tunes with themes of mental health.

And, stripped of some of their studio sheen so that they’re little more than vocals, guitars, bass, and drums, the celebratory Violet sounds sunnier, the despairing Transplant feels darker, and Moving On, sung from the barrier, connects like it doesn’t on record. 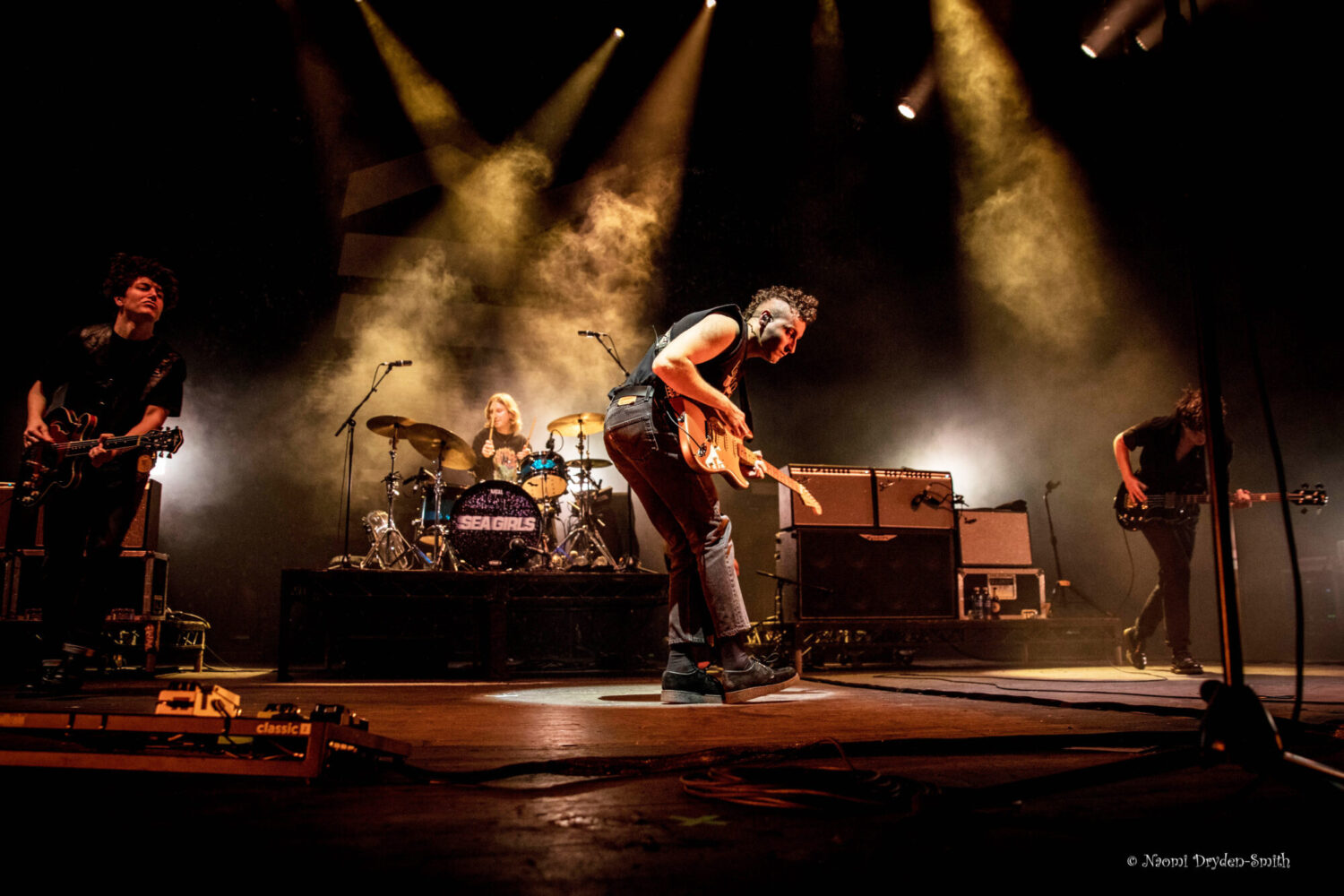 Even the two new songs from forthcoming album Homesick are greeted like the hits they’re destined to be. The propulsive Hometown, built on chiming guitars and Andrew Dawson’s rumbling bass, prompts more deafening cheers but obviously no singalong (yet). That’s rectified on Lonely, with Camamile teaching the audience the chorus beforehand. Of course, they rise to the challenge.

The intensity (if not volume) lowers during a brief but impassioned guitar-and-vocals cover of Adele’s Someone Like You (cue a sea of mobile phones) and Camamile’s solo rendition of You Over Anyone, which name checks Brixton and is introduced by the front man as “your song”.

The truth is, every song the band play tonight belongs to the fans. When they join in on the triumphant show closer Sick, they’re singing about themselves. And that’s really why everyone’s here tonight. Sure, the huge choruses and huge hooks help, But the actual reason for Sea Girls’ success is that they know what it’s like to be young in 2021. 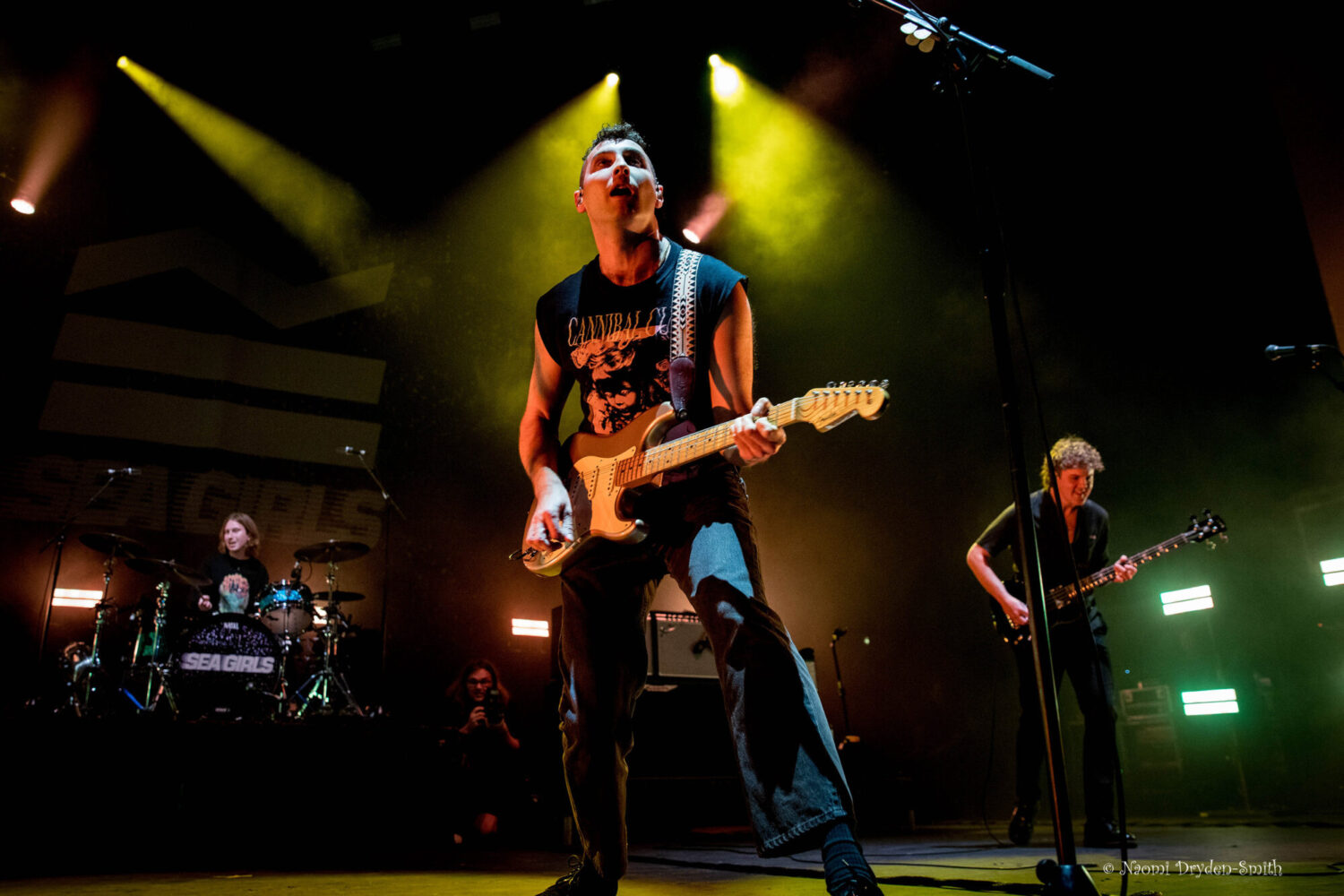 Words by Nils van der Linden. You can visit his author profile for Louder Than War here. He tweets as @nilsvdlinden.

Please note: Use of these images in any form without permission is illegal. If you wish to use/purchase or license any images please contact Naomi Dryden-Smith at naomidrydensmith@gmail.com 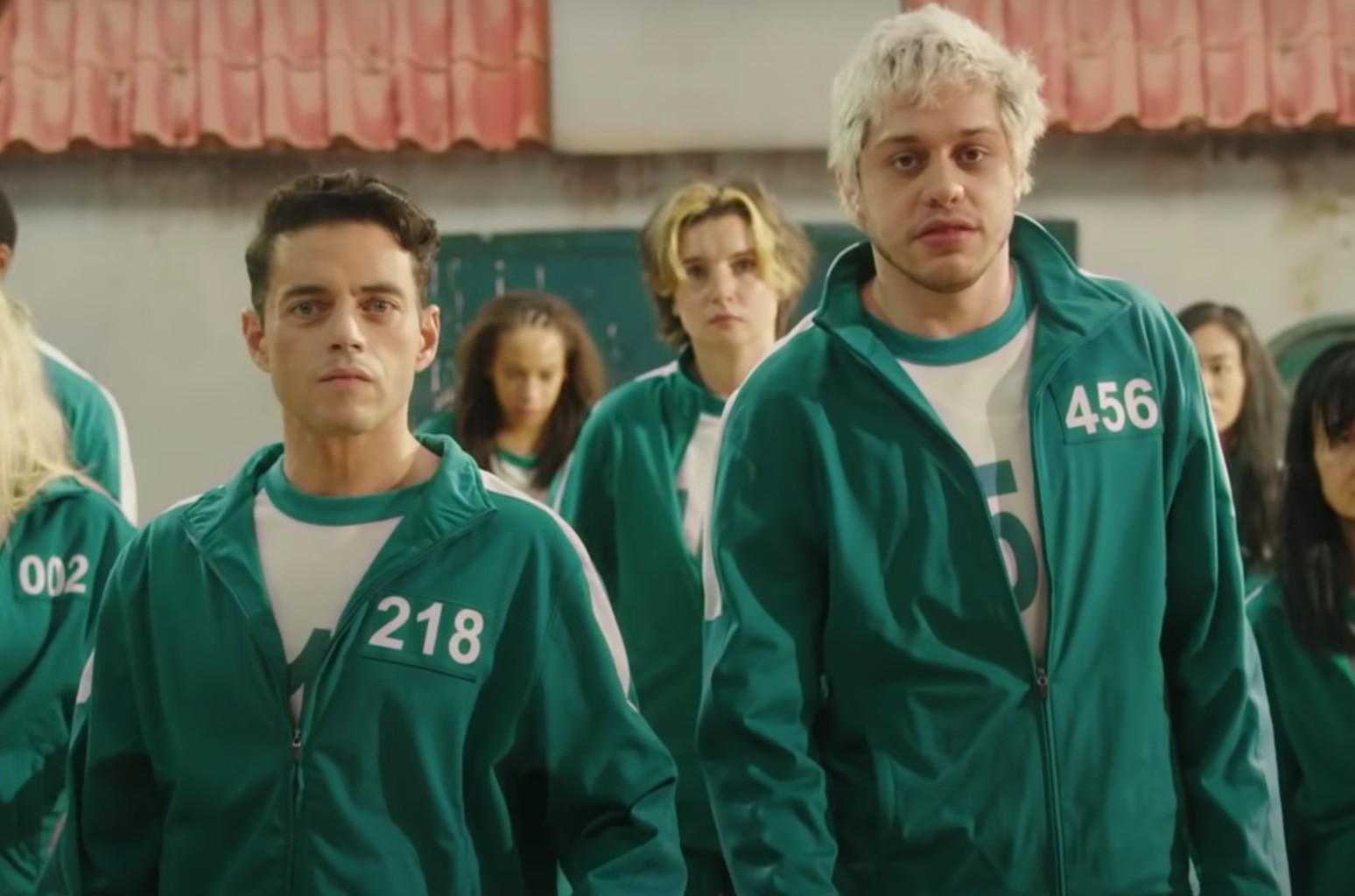 In the skit, set to the tune of Branchez & Big Wet’s “Turn Up On the Weekend,” host Rami Malek and cast member Pete Davidson sing about participating in the show’s deadly children’s games to help pay off their crippling debts.

Later in the pre-taped sketch, Malek dons the same outfit worn by Squid Game players — a green and white track suit emblazoned with only a number — while standing amid creepy masked guards in a recreation of the show’s sleeping barracks set.

“Weird cards, pink guards, locked us in a big room,” the actor sings. “Forty-five billion won, that’s a whole lot of money. At least I think it is… I’m confused by the currency.”

By the end, Davidson wins the bloody games by killing off his friends, but he’s pulled back in after gambling away his winnings on a professional football game.

“Gonna live my life better now, I’ve grown in so many ways,” Davidson, whose hair is dyed red at this point, croons. “Then one day I got bored, and I took all my money, and I bet it on the Jets… Going back to the Squid Game, I’m terrible with money.”

See SNL’s Squid Game musical number below, and watch the full episode of SNL on Hulu here. The streaming service is currently offering a 30-day free trial, which you can sign up for here.

Run The Jewels Open Up On Phil Taggart's Slacker Podcast