You wouldn't want to be left Home Alone with this clown. The post See Macaulay Culkin As The Joker For Robert Pattinson’s ‘The Batman’ appeared first on Heroic Hollywood. 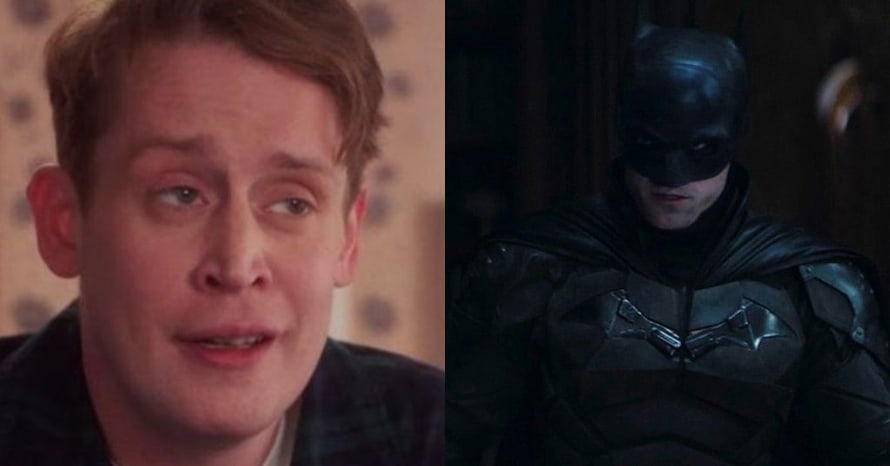 Macaulay Culkin rocks an eerie smile to become the Joker for Robert Pattinson’s The Batman in a creepy new design.

There’s been plenty of debate over the future of The Batman series starring Robert Pattinson and which villains would be best suited to entering this grimy new version of Gotham City. Since the impressive first trailer for the film teased the Caped Crusader trying to solve the mystery behind Paul Dano’s killing spree as the Riddler, it seems likely the series will take a grounded, noir-ish approach. But many fans would like to see a new version of the Joker go up against the new Dark Knight, with one design imagining Home Alone star Macaulay Culkin as the Clown Prince of Crime.

The fan art from ‘bryanzapp’ on Instagram gives Macaulay Culkin a sinister look as the Joker, looking eerily reminiscent of the version of the villain voiced by Mark Hamill and Troy Baker in the Arkham games. He still looks creepy enough to fit in with the moody vision of Batman in the Robert Pattinson film, but the shirt makes him seem flamboyant enough to bring a sense of chaos to Gotham City. A rumor from early 2020 suggested Matt Reeves was looking to use the villain in a future sequel to The Batman, but the filmmaker never confirmed or denied the idea. Take a look at Macaulay Culkin as the Joker below.

What do you make of the Macaulay Culkin fan art? Do you want to see the actor go head-to-head with Robert Pattinson in a future sequel to The Batman? Which other comic book character would Macaulay Culkin be a good pick for? Sound-off in the comments below!

The plot of The Batman is being kept under wraps, but we know the film will follow Robert Pattinson as a younger version of Bruce Wayne, chronicling Batman during his second year as the Dark Knight of Gotham City. The Batman will also show off the hero using his skills as a detective more than what we’ve seen before in previous versions of the hero. It is also expected to be the first installment in a new trilogy of films with Pattinson.

The Batman is currently scheduled to hit theaters on March 4, 2022. Stay tuned for the latest news regarding Macaulay Culkin as the Joker, Robert Pattinson and the DC Films project, and make sure to subscribe to our YouTube channel for more video content.

The post See Macaulay Culkin As The Joker For Robert Pattinson’s ‘The Batman’ appeared first on Heroic Hollywood.