She-Hulk smash! The post See Tatiana Maslany Suit Up For The ‘She-Hulk’ Disney Plus Series appeared first on Heroic Hollywood. 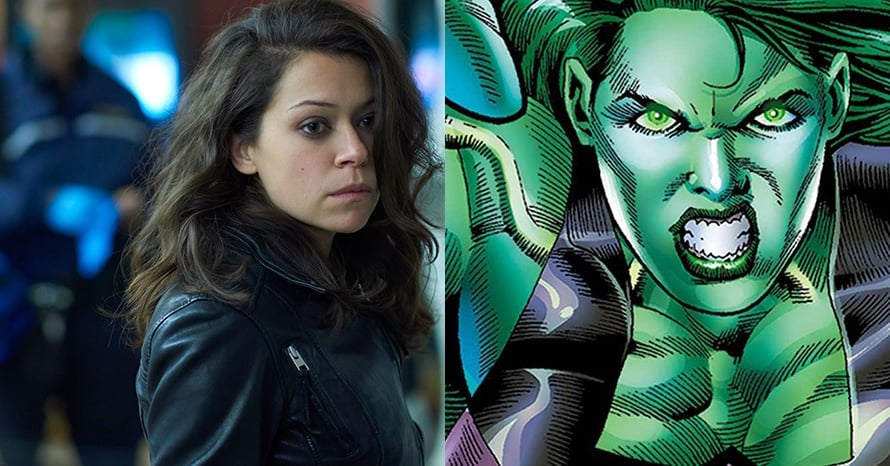 Tatiana Maslany gets a slick new costume for her role as She-Hulk in the upcoming TV series heading to Disney Plus.

With the recent news that Tatiana Maslany’s She-Hulk series has reportedly started filming, many fans are debating whether the show will give Jennifer Walters her own white and purple Avengers costume that we’ve seen her wear since the hero’s debut back in 1980. It’s been an interesting journey for She-Hulk so far, with Tatiana Maslany directly denying that she has any involvement with the project before Marvel’s Kevin Feige confirmed that she had been cast in the role.

New fan art from Instagram user ‘spdrmnkyxxiii’ shows off Tatiana Maslany wearing the classic She-Hulk white and purple costume complete with fingerless gloves as the actress also flexes her muscles. Details regarding She-Hulk are scarce, but the series recently added Renee Elise Goldsberry, who is best known for her role in Hamilton. Take a look at Tatiana Maslany suit up in an Avengers costume for the She-Hulk series below

Are you excited to see She-Hulk? Do you think Tatiana Maslany will get her own Avengers suit in the series? Sound-off in the comments below!

Disney Plus’ ‘She-Hulk’ Series Gets A Working Title

She-Hulk is currently slated for a 2022 release on Disney Plus. Stay tuned for all the latest news on Tatiana Maslany and the future of the Marvel Cinematic Universe, and be sure to subscribe to Heroic Hollywood’s YouTube channel for more original content!

The post See Tatiana Maslany Suit Up For The ‘She-Hulk’ Disney Plus Series appeared first on Heroic Hollywood.

‘The Mitchells vs. the Machines’ Review: Humor and Heart Drive Netflix’s Terrific...