Those channel surfing for sports on Thanksgiving morning might have thought the Discover Channel had taken over the Golf Channel for a (...) 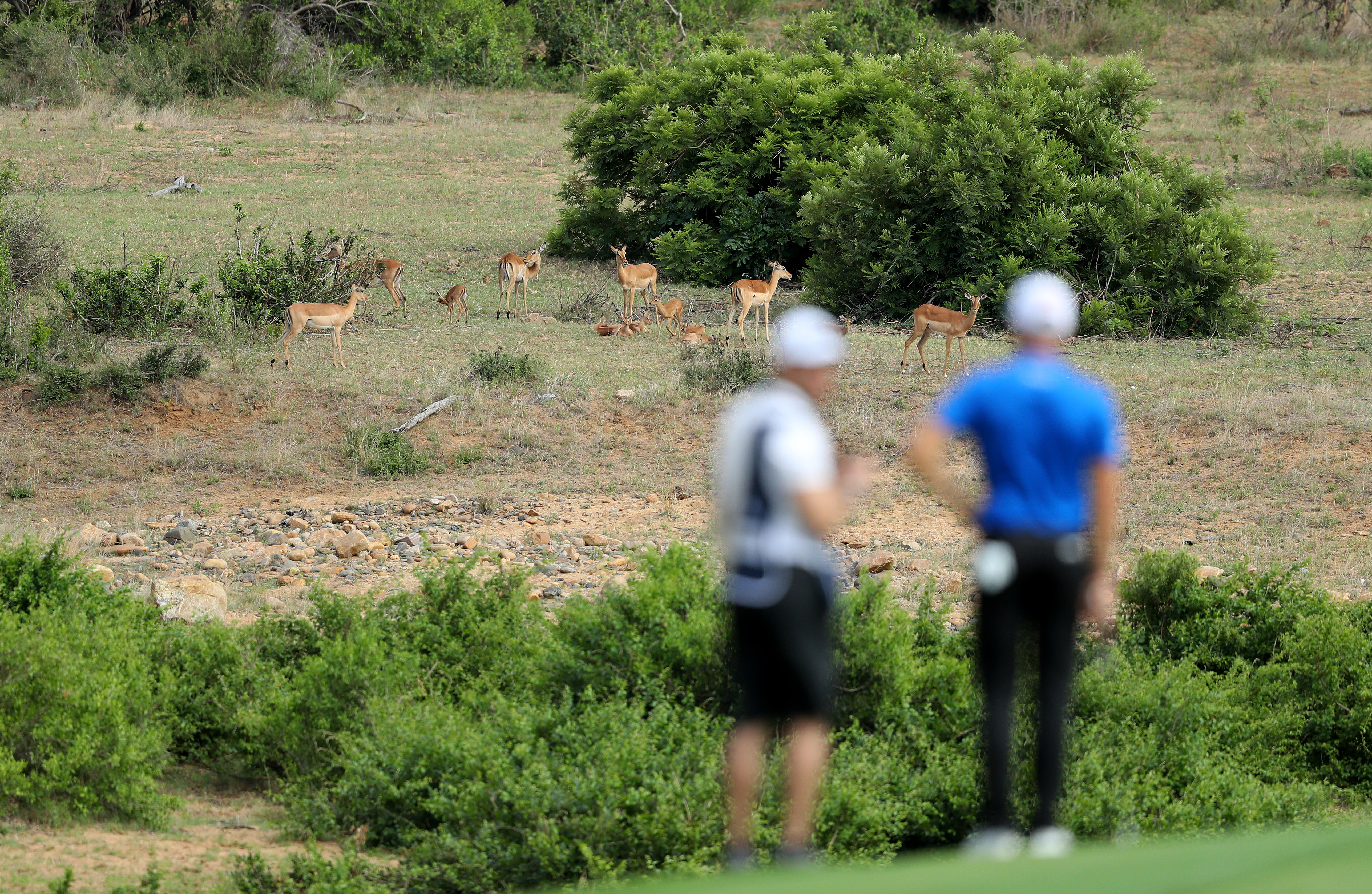 Those channel surfing for sports on Thanksgiving morning might have thought the Discover Channel had taken over the Golf Channel for a bit.

Instead, the amazing scenes were from the opening round of the Alfred Dunhill Championship at Leopard Creek Country Golf Club in Malelane, South Africa.

The course sits in a small enclave along the Crocodile River near Malelane, a small farming town in the northeast part of the country. The setting is so spectacular because just across the river sits Kruger National Park, one of Africa’s largest game reserves. Included in the many animals that roam Kruger — lions, leopards, rhinos, elephants and buffaloes.

Christiaan Bezuidenhout is the highest-ranked player in the field this week (No 61 in Official World Golf Ranking, rankings) while Robin Roussel and Adrian Meronk each shot a 65 to take the early lead on Thursday.

“There is so much good vibes here,” said Roussel, a Frenchman who has three pro wins to his credit, including one on the Challenge Tour.

The setting is simply amazing.

Our spectators this week

Aerial of our office for the week.

Spotted by the 13th green

Watching a bit of TV and thought i was watching the wild earth channel on ch183 only to realise im watching the Alfred Dunhill at Leapord Creek. #alfreddunhill #wildearth

Phil Mickelson: 'This is the worst I've played in the last...