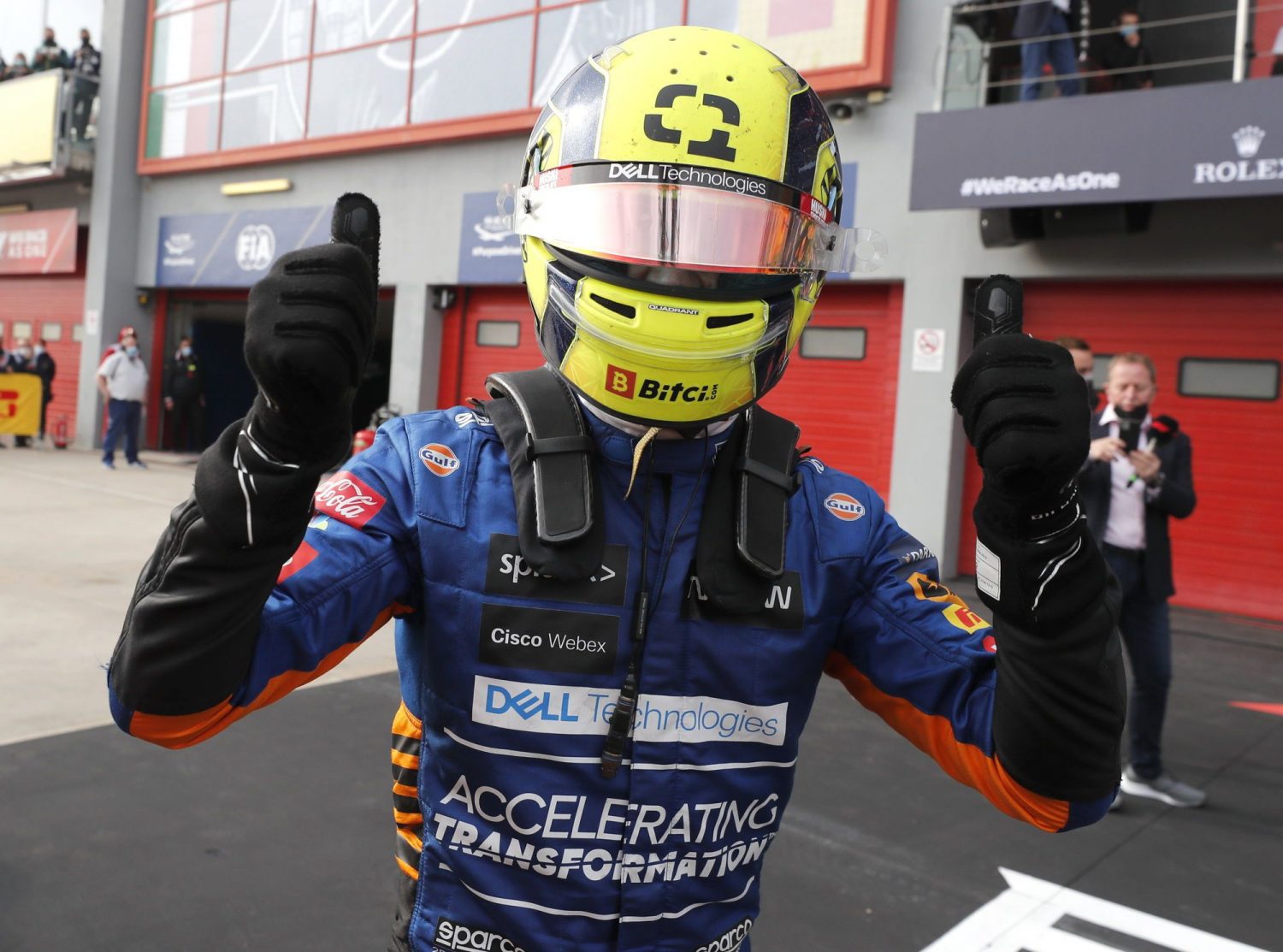 McLaren team boss Andreas Seidl believes Lando Norris is on course to become a "top driver" in F1, but winning the world title in the future is "a different story".

Norris enjoyed a strong start to his 2021 campaign, his third in F1, scoring top-ten finishes in all four races to date, including a podium at Imola, that have put him an impressive P4 in the drivers' standings behind front-runners Lewis Hamilton, Max Verstappen and Valtteri Bottas.

Last month, Seidl praised his driver's results, insisting the 21-year-old had made "the next step" as an F1 driver. But more recently, the McLaren boss was asked whether Norris had the qualities to bag a championship at some point in the future.

"And I'm questioning where all these guys will drive because there can only be one champion each year.

"I think on Lando's side, it is impressive to see the development he has shown in the last three years," Seidl added.

"It's impressive to see what he's pulling off this year, and I think if he keeps developing like that as a driver and as a person, I think he has everything in some years which is required in order to be a top driver in Formula 1.

"I think to be a world champion is then again a different story again. That's something that is always difficult to predict.

"You need to be in the right car at the right moment, and you need to pull it off also as a driver 23 times a year and not just [a few] times."

"It’s something I admire a lot when I look at Lewis, how he manages year by year to pull it off," commented Seidl.

"Also when having a car that is maybe not the best one, or in a difficult race, to still then be able to strike back and still score important points for the championship, that's something which makes the difference in the end. It's about consistency and performance.

"Obviously also he can only have race wins in the future if we make the steps on the team side. But I'm sure we will have a lot of fun with him in the future, and success also."

W Series to kick off 2021 season with Austrian double-header

W Series to kick off 2021 season with Austrian double-header

W Series' field of competitors will roll out for the first time this season at the Red Bull... The post W Series to kick off 2021 season with Austrian double-header appeared first on F1i.com. 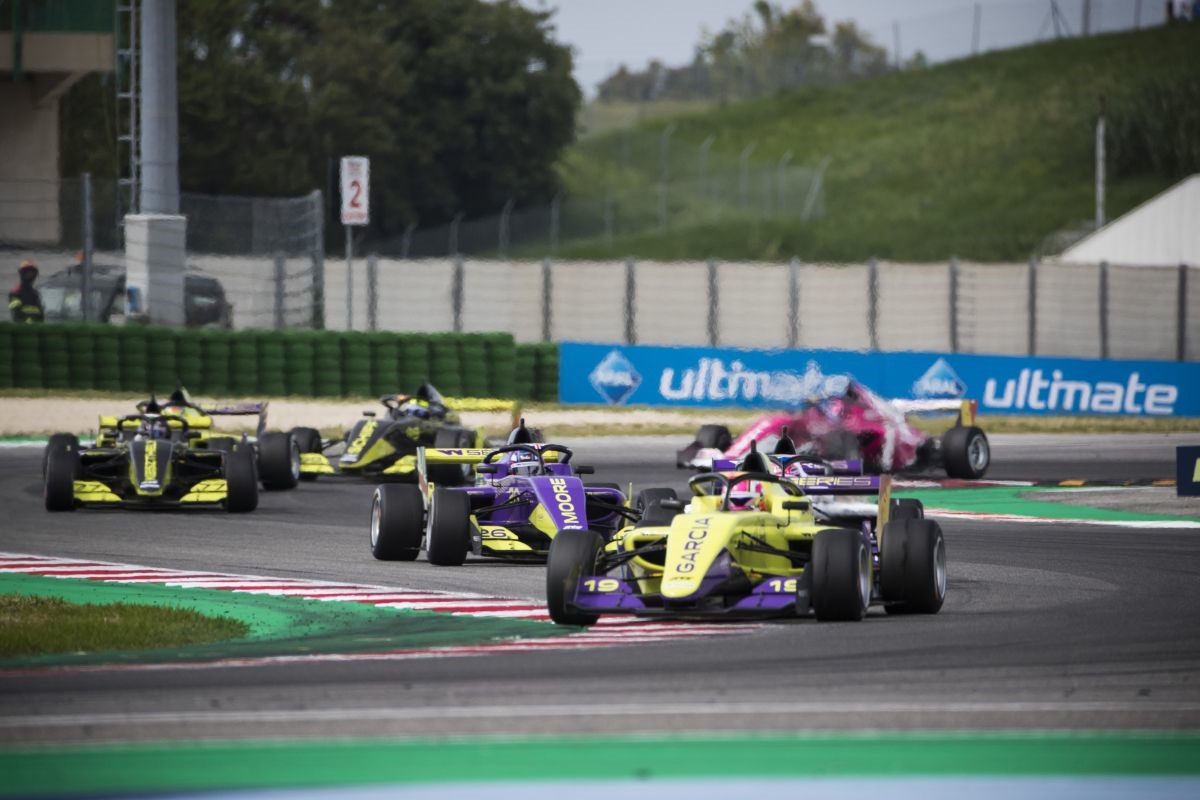 W Series' field of competitors will roll out for the first time this season at the Red Bull Ring on June 26 following F1's decision to amend its 2021 calendar after the cancellation of the Turkish GP.

The all-female series, whose 2020 program was cancelled due to the Covid pandemic, was initially scheduled to kick off its second season at the French GP at Paul Ricard on June 16, but F1's most recent calendar permutations have led to the race in France being moved forward by a week, while the Styrian and Austrian GPs will take place on June 27 and July 4.

Consequently, W Series will still raise its curtain on June 26, but at the Red Bull Ring where it will be on F1's double-header bill.

The series' 2021 campaign will subsequently unfold alongside F1 at Silverstone, the Hungaroring, Spa, Zandvoort, COTA and in Mexico City.

As was the case in W Series' inaugural season, all drivers will compete in Tatuus T-318 Formula 3 race cars, but with updated safety and reliability refinements.

"I am overjoyed that the waiting is finally over and our drivers are back on track for W Series’ second season," commented series boss Catherine Bond Muir.

"If you had told me when Alice Powell won our last race at Brands Hatch that I would have to wait 646 days to see our cars on track again, I wouldn’t have believed you because our first season was such a resounding success.

"The postponement of our second season actually gave us time to accelerate our plans, and we return bigger and better in 2021 and ready for a new era of racing.

"Today we are just 40 days away from the first race of our landmark new partnership with Formula 1, which demonstrates not only the power of our mission but the excitement of our racing too."

Williams development driver Jamie Chadwick will defend her W Series' 2019 inaugural title, and will be in action this week along with her fellow competitors for a five-day pre-season test that will take place in Anglesey.

"This week’s pre-season test is essential preparation for the challenges that our drivers will face this season, and a reminder of how tough the season is going to be," added Bond Muir.

"I know that every one of them is relishing the prospect of getting behind the wheel of our cars and bringing the W Series mission back to life again."

The revised 2021 W Series race calendar, in partnership with Formula 1:

The post W Series to kick off 2021 season with Austrian double-header appeared first on F1i.com.