Southampton may be a … The post Seventh place would see Hasenhuttl’s aura outgrow Southampton appeared first on Football365. 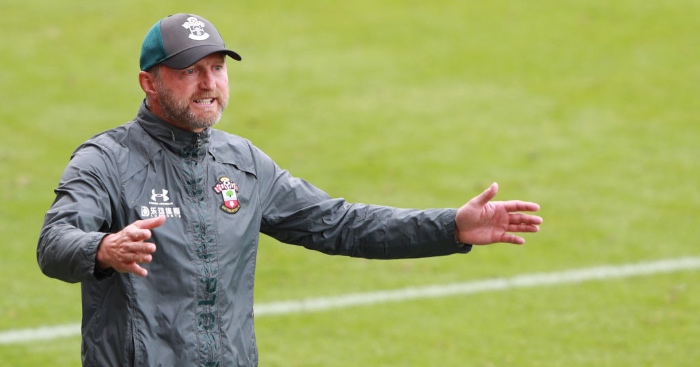 Our soothsayers tipped eight Premier League teams to be relegated; Southampton were not among them. In fact, four of us selected Ralph Hasenhuttl’s side to be a pleasant surprise. But just how pleasant? Seventh place is in the offing.

The top six feels like it will be the Big Six this season. Whether it’s due to impressive management, outrageous player purchases or experience, there is a degree of security among them that was missing last term. There will be some real ding-dong battles among them.

Jazzing up the fight for seventh is a hard task, particularly when it can lead to no European reward. But there are more teams than usual fighting for that not-so-coveted spot. Get excited.

Leicester and Wolves are perhaps the favourites. No-one – as usual – has got the foggiest what Everton will do. Sheffield United, Leeds, Burnley, Newcastle, Brighton: none of them are out of the question. But Southampton are on a roll, if such a thing can continue through a ‘summer’ break.

Their squad is nothing special, particularly in comparison to the likes of Leicester, Wolves and Everton; they don’t keep the ball as well as Leeds or Brighton or have a game plan as well drilled as Burnley’s. But they do have Ralph Hassenhuttl.

All of the teams mentioned have very good managers – there are very few duds in charge of Premier League clubs this season. Brighton, Burnley and Leeds would all really suffer without their current bosses; they’re all key to the way they play. As is Nuno Espirito Santo, who is so interwoven into the fabric of Wolves these days, his departure would be a disaster.

It’s the energy of Hasenhuttl that sets him apart: the enthusiasm; the palpable love of the game mixed with an infectious desire to win.

He’s not unlike Klopp, both in his outward persona and in the way he likes his team to play. They press high, force defenders into mistakes and have Danny Ings to punish those errors and finish off the barrage of crosses supplied from the wings.

The egos in the squad have been snuffed out and either sold – like Pierre-Emile Hojbjerg – or sidelined – like Sofiane Boufal. Those left out must buy in, or they too will be shown the door. Moussa Djenepo – signed for £14million last summer – is probably the Saints’ most skillful player but did not feature in the last nine games of the season, with Hasenhuttl instead favouring the work-rate and dedication of Stuart Armstrong, who performed at such a consistently high level he was impossible to leave out.

The message is clear both through selection decisions and the players’ execution on the pitch: everything is for the team. Hasenhuttl has created an atmosphere all managers strive for – one in which the players are keenly aware that inaction leads to no action; don’t work hard and there will be no work. It’s the ideal environment in which to bring in new signings like Mohammed Salisu. No matter your name or price tag, you must earn your place and fight to keep it.

Southampton stuck by their man after a 9-0 defeat when few clubs – if any – would have done the same. It’s paid off and then some.

But success for a club like Southampton is often a curse as well as a blessing. A seventh-placed finish will mean Hasenhuttl’s aura has outgrown the club. The Saints fans will be hoping their manager repays the faith their club showed in him, but that’s rarely the way football goes. Suitors will come calling; he might be too good an opportunity to pass up.