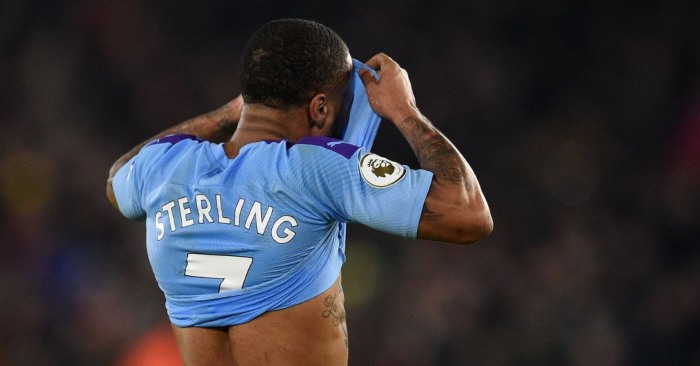 Sheffield United v Man City comes under our tactical microscope and we’re not expecting an easy ride for Pep’s boys.

This looks set to be one of the most territorially lopsided contests of the season. Not only will the hosts be emboldened by the near success of their approach last campaign, in which they held just 32% possession and lost 1-0, but this year Sheffield United’s poor form has seen them retreat even further in matches such as these. They rank 19th for possession average, with 41.1% from six games.

Manchester City look a little bit blunt of late, for reasons discussed below, which makes Chris Wilder’s backs-to-the-wall approach likely to work. United will look to soak up pressure in ultra-compressed lines deep in their own half, comfortable in the knowledge they can clear away any balls into the box. Counter-attacking will be a serious issue for the Blades, who have only scored three goals this season, but no matter: Wilder would be delighted with a 0-0.

The most important area of the pitch here is central midfield. For Manchester City, their emerging creativity issues come from this area of the pitch where Rodri and Ilkay Gundogan struggle to feed forward passes into the final third, leading to the stale possession football we saw in City’s 1-1 draw with West Ham. City are down from 2nd last season to 10th this season for total number of progressive passes made, a metric that measures line-breaking forward passes.

Unless Bernardo Silva or Kevin de Bruyne drop considerably deeper than usual, Pep Guardiola’s side will again struggle to play with the verticality or speed needed to prise apart United’s rigid three-man midfield. Sander Berg is beginning to look the part for United, too, plus Ethan Ampadu was impressive defensively against Liverpool. Ampadu is statistically Sheffield United’s best tackler and interceptor in central midfield.

Despite being in the bottom three, Wilder’s side aren’t conceding many goals and were unlucky to lose 2-1 at Anfield last weekend. Their only real defensive weakness in 2020/21 has been defending crosses, which account for three of the last four that Aaron Ramsdale has let in. Each of those four has been built down the flanks, exposing a relatively minor flaw.

Man City are particularly poor at swinging balls into the box, sitting 19th in the league for accurate crosses (2.0 per match) despite attempting 17.6, which puts them about mid-table. Assuming City are reduced to sluggish possession for long periods of the game, they will need to improve on their accuracy when finding space to cross. De Bruyne undoubtedly has the best chance of creating danger.

One to watch… Raheem Sterling

If low-tempo possession football and an inability to take advantage of Sheffield United’s main defensive weakness wasn’t bad enough for City, they are also without a recognised striker for Saturday’s game. Sergio Aguero and Gabriel Jesus are both out with thigh injuries, leaving Raheem Sterling to lead the line as he did .

Sterling started the game on the right before moving into a central role after Ferran Torres was withdrawn, scoring within four minutes of his positional switch. However, Sheffield United’s powerful back three is likely to out-muscle Sterling, who won’t find many opportunities to move in behind Wilder’s deep defensive line.