Shoppers flocked back to the high streets in England over the past week as non-essential stores reopened but numbers remained well down on a year earlier, according to the latest survey of retail footfall. Read more: Shopper numbers surged 45% in week English shops reopened 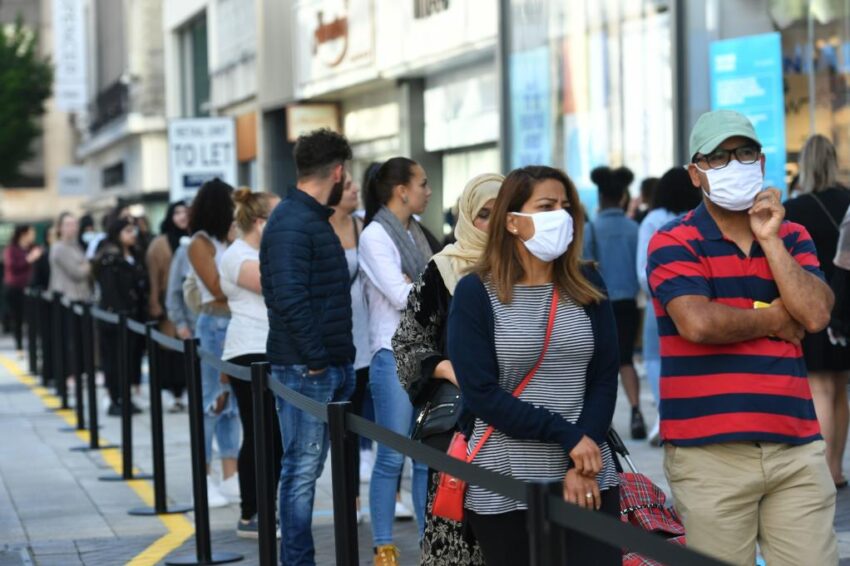 Shoppers flocked back to the high streets in England over the past week as non-essential stores reopened but numbers remained well down on a year earlier, according to the latest survey of retail footfall.

Springboard, a company that measures the number of potential customers at retail outlets across the UK, found that footfall in the week starting 15 June was up 45% on the previous week.

But with numbers influenced by later reopenings in Scotland and Wales, restrictions on public transport and a shift to online shopping, footfall was down 54% on the same week in 2019.

Footfall indicates the number of people going to high street stores, shopping centres and retail parks and is not a measure of how much each consumer spends. Numbers were at their weakest during April, when they were down 80% year on year, but Springboard said reopening non-essential stores in England had resulted in the biggest change since the start of the lockdown in late March.

There were smaller weekly increases of 11.5% in Scotland and 8.5% in Wales, with Scotland not due to open non-essential stores – excluding those in shopping centres – until the end of the month and Wales only opening its non-essential shops on Monday.

Footfall in London’s West End remained severely affected by a lack of international visitors to the UK and the difficulties in accessing public transport. Footfall in the West End last week was down 81% on the same week a year earlier, while in Scotland and Wales the year-on-year falls were 67% and 69% respectively.

Diane Wehrle, the insights director at Springboard, said: “The overall result for the UK was subdued by Scotland and Wales where retail reopening is yet to happen.

“We anticipate an additional uplift to come when retail in these areas of the UK also reopens and the hospitality and entertainment industry is given the green light to resume trading in the coming weeks.”

Springboard, which records 70m footfall counts a week at 4,500 counting points across 480 different shopping sites across the UK, said activity had risen by more than 30% each day from the same day in the week before, apart from on Thursday, when the rise was limited to 25% by heavy rain.

3 Marketing Tactics To Promote Your Startup

Government minister admits schools will not all reopen...

Working at home to become norm as government lays out plan...

Business owners secure £10m in funding thanks to Yorkshire...