LA QUINTA, Calif. – Si Woo Kim staked his claim to the presidency of the Pete Dye Fan Club on Sunday. Kim, a 25-year-old South Korean who (...) 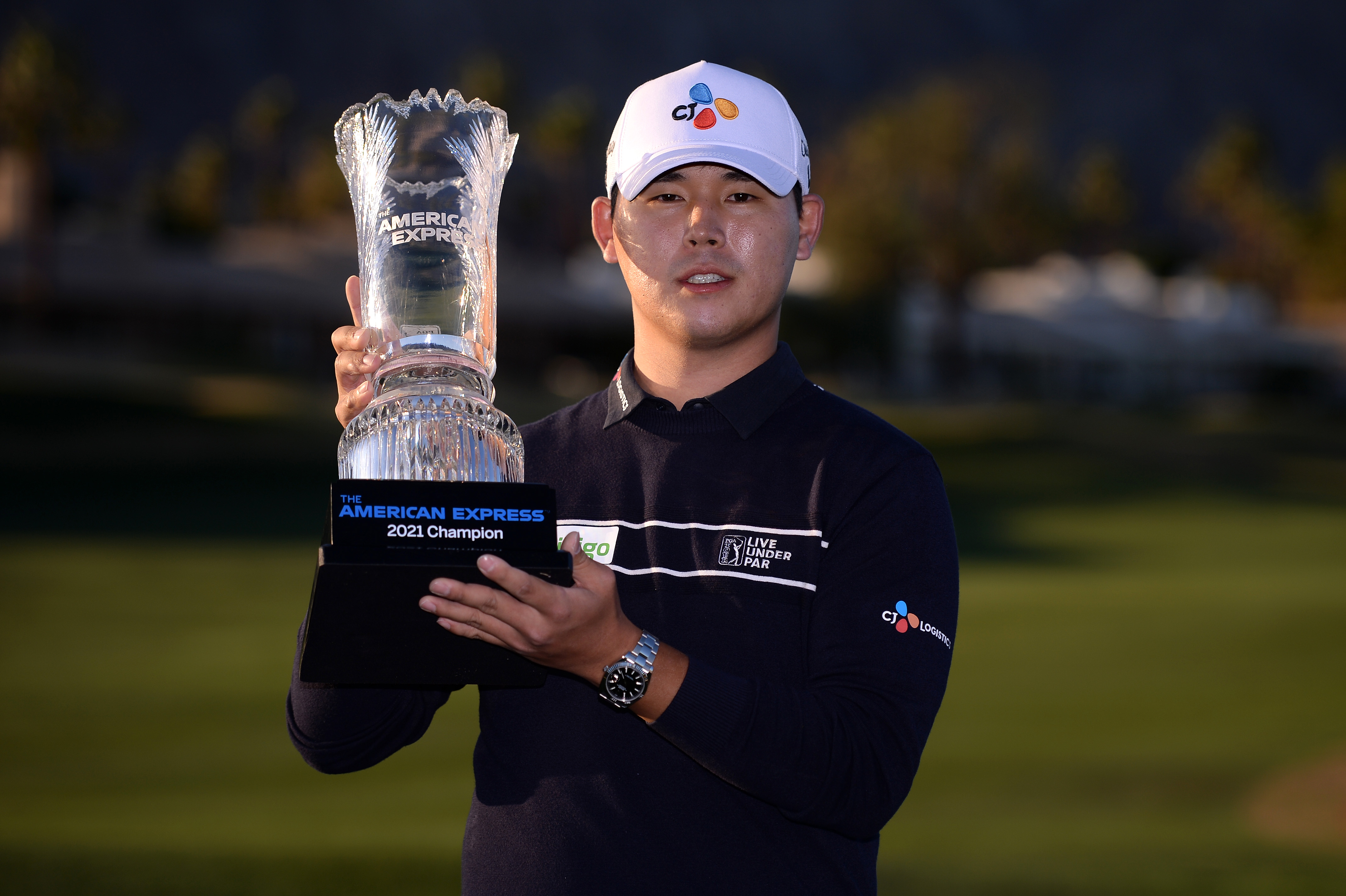 LA QUINTA, Calif. – Si Woo Kim staked his claim to the presidency of the Pete Dye Fan Club on Sunday.

Kim, a 25-year-old South Korean who had won his biggest title, the 2017 Players Championship, at Dye’s most infamous house of horrors, the Stadium Course at TPC Sawgrass, shot a bogey-free 8-under 64 in the final round of the American Express at PGA West’s Stadium Course to edge Patrick Cantlay by one stroke.

Kim’s fondness for PGA West dates to 2012 when he passed PGA Tour Q-School here at age 17.

“That’s why I feel confidence whenever I come to this course. So, that helps a lot for me this week, especially I try to focus on the memories that gave me good scores, so that’s why it drove me to the win,” he said.

It was Kim’s third career victory and first since the 2017 Players Championship.

“I had many chances to win, but I couldn’t make it, but finally I made it,” he said. “I tried to keep composure and I made it. I’m so happy with that.”

Kim began the day in a three-way tie with Max Homa and Tony Finau, but it ended up being Cantlay, the top-ranked player in the field, who became his toughest foe. Cantlay shattered the course record at PGA West’s Stadium Course by two strokes with an 11-under 61. He capped off an unforgettable round with a 38-foot birdie putt at the last, but it wasn’t enough after a slow start. Cantlay made the cut on the number – 4-under 140 – before exploding for 20 birdies over his weekend 36 holes.

“I gave away so many shots the first couple days,” Cantlay said. “Today, I felt like I could make everything and I made a lot of them.”

Australian Cameron Davis fired a bogey-free 8-under 64 en route to a 72-hole total of 20-under 268 and recorded his best career finish, a solo third.

Kim had failed to convert on several chances at victory since his breakthrough at the Players, including last season at the Wyndham Championship in Greensboro, N.C., where he made a costly double-bogey after losing his tee shot playing too aggressively.

After that failure, his caddie, Brian Vranish, who earned his PGA Tour card in 2008 at PGA West, talked to him about his mistake.

“At Greensboro, he got ahead of himself,” Vranish said. “I told him, ‘Listen, your name is on the bag not mine, but we can’t be doing that. This week, we layed up on two par 5s and made birdies. He’s never layed up on par 5s.” 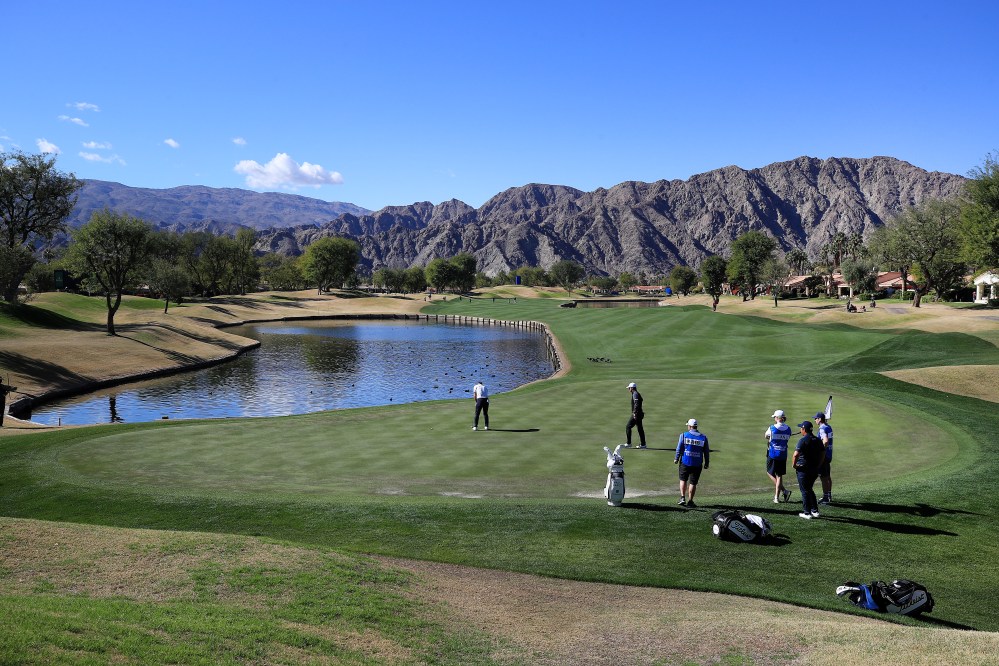 That wasn’t the only sign of Kim’s growth. A year ago, Kim withdrew from this tournament, citing a back injury after shooting 15-over 87 in the first round on PGA West’s Nicklaus Tournament Course, one of two courses this year in the tournament rotation. In addition to Cantlay’s charge, Kim had to overcome his own emotions. He said he suffered through a restless night thinking about the challenge he’d face at the Dye layout that he’d played bogey-free during two earlier rounds in the tournament.

“I tried to sleep but I couldn’t sleep, so I even took melatonin last night, but still I didn’t sleep very well,” he said.

Kim made four birdies in a five-hole stretch on the front nine to stay in the trophy hunt and tacked on back-to-back birdies at Nos. 10 and 11. He tied Cantlay with a 4-foot birdie putt at No. 16 before draining a 19-foot birdie putt at the par-3 17th hole, an island green nicknamed “Alcatraz,” to take the lead for good.

“I tried to keep patient and I believed in myself and I got the chance on 16 and 17 and that’s when I could make it and I’m happy with that,” he said.

Dustin Johnson comes up short in 59 chase at TPC Boston...

How I spent my COVID lockdown: Steve Stricker becomes Fortnite...