Sharvari has been turning heads ever since Yash Raj Films announced her as the new Babli in the much-awaited comedy Bunty Aur Babli 2. As her first look from the film suggests, Sharvari is being presented in an uber-glam avatar in the film in which she has been paired opposite Siddhant Chaturvedi who plays the new Bunty. 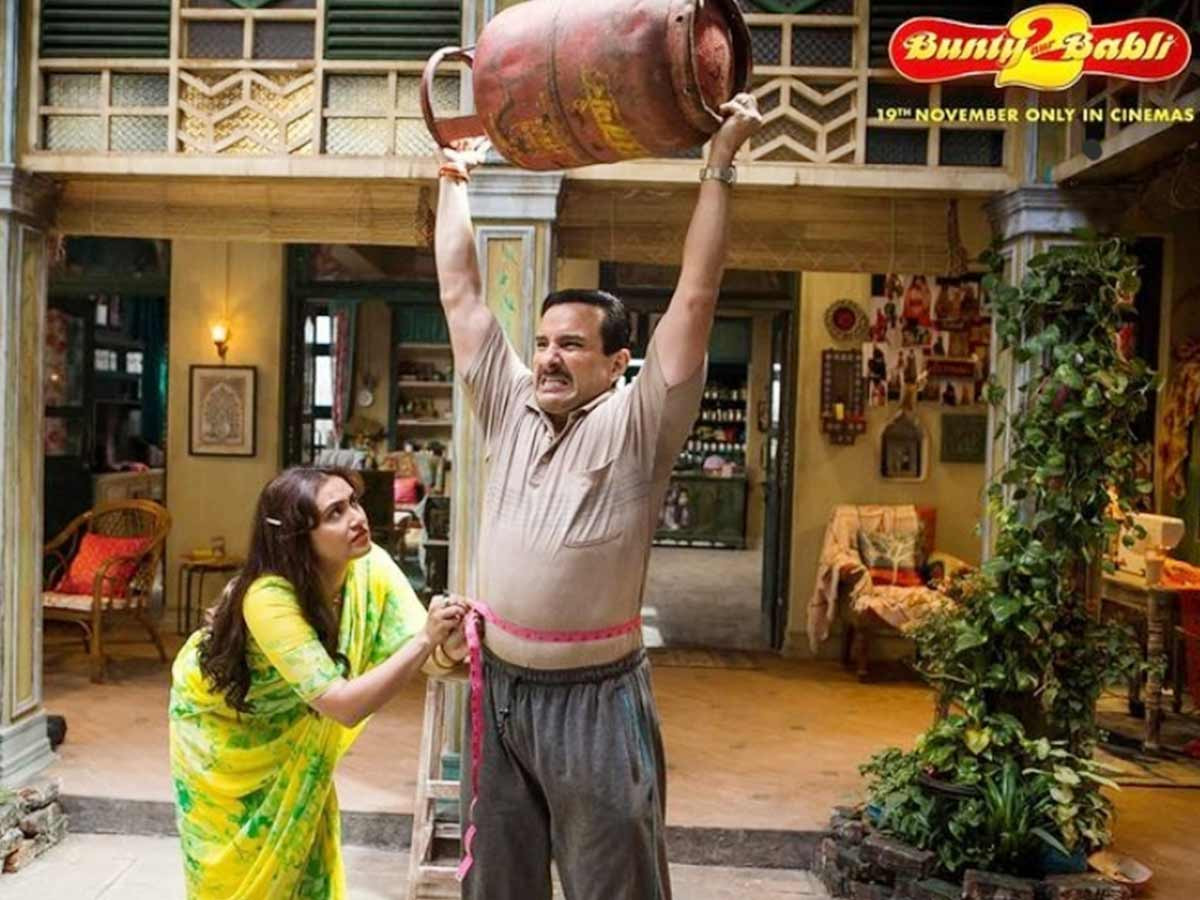 Sharvari will imbibe all the characteristic traits of Babli – highly intelligent, sassy, always up for a great challenge, and most importantly a supremely talented con-woman. However, she is remarkably different from the OG Babli. Sharvari says, “I was honoured that YRF could see me as the new Babli in the film. Babli is an iconic character in the history of Indian cinema, thanks to Rani ma’am’s incredible work in the first film. I’m a big fan of hers and I hope that I have done justice to the role. Since my character is based in today’s times, I have tried to play it in my own way and I only hope that Rani ma’am and the audiences will love my effort. This is my big-screen debut and I have given it my all. I can’t wait to see all the responses that my performance will evoke. I’m keeping my fingers crossed.”

Siddhant is not left behind. Siddhant plays the role of the new Bunty – a suave, smart conman from the big city. His mastery with disguises make him a chameleon in the real world and his acumen on the digital frontier makes him a slippery master of digital heists that audiences will relish.

Siddhant’s Bunty is diametrically opposite to Saif Ali Khan’s Bunty avatar. While Siddhant is technologically forward and full of tact, Saif is sharp-witted but unaccustomed to how the digital boom has changed the art of conning people and made it extremely complex. This makes the big clash of OG Bunty and Babli against the new pairing deliciously riveting for audiences to enjoy. 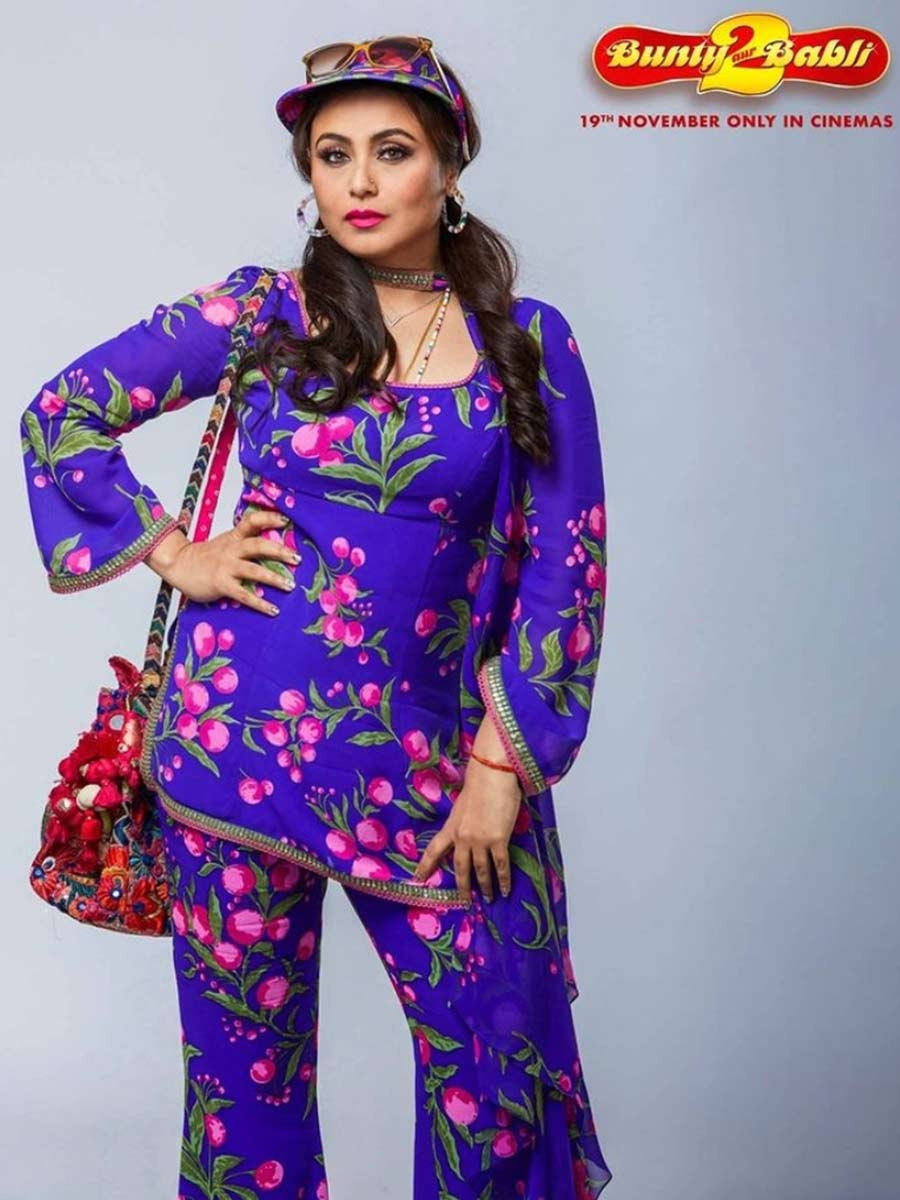 Siddhant says, “Bunty Aur Babli 2 is an extremely special film for me because it presents me as a Hindi film hero for the first time in my career. I have waited for this moment for some time now and I can’t wait to see the reaction of the industry and audiences. It is a huge project to be a part of because we have all grown up watching Bunty Aur Babli and playing Bunty is a dream come true moment for me.”

He adds, “I come from Ballia in Uttar Pradesh and I understand the world of the film, I understand the aspirations of the youth hailing from these parts of our country. So, I was sold on the film immediately as soon as I heard the narration. I’m a quintessential Hindi masala film lover and now that I’m the hero of a commercial Hindi film like this, I feel I’m blessed that the industry and YRF noticed me to deliver the goods. I have done my best to play the new Bunty. He is set in a different world, a technology-forward world, a world I have grown up in. I hope to entertain everyone with my performance in the rebooted Bunty Aur Babli 2.”

Bunty Aur Babli 2 is set to release worldwide on November 19, 2021. It has been directed by Varun V. Sharma.

Abhimanyu Dassani and Sanya Malhotra dine out together

Abhimanyu Dassani and Sanya Malhotra dine out together

The Meenakshi Sundareshwar co-stars Abhimanyu and Sanya have a blast Continue reading ... 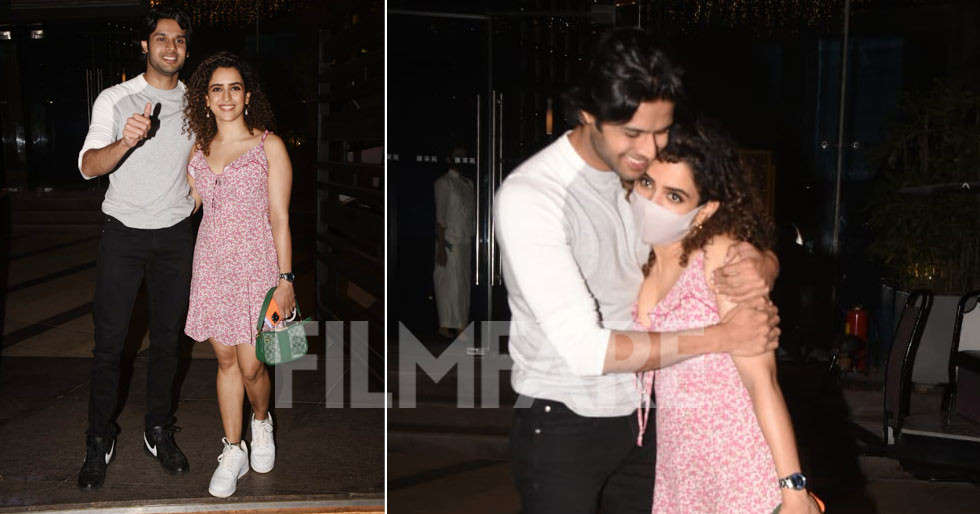 A fresh pairing at the movies is what always gets the audiences excited and looking at the new release around the corner - Meenakshi Sundareshwar, masses surely look eager to watch Abhimanyu Dassani and Sanya Malhotra’s chemistry.

Last night we spotted Abhimanyu with his co-star Sanya Malhotra at a restaurant. Sanya had opted for a pretty floral dress and white sneakers and set the tone of the dinner catch-up very breezy, cool and fun. Abhimanyu and Sanya were all smiles when clicked together. Meenakshi Sundareshwar will release on an OTT and the film is directed by Vivek Soni. The trailers looked refreshing and surely caught netizens’ attention.

Richa Chadha has a hilarious take on COVID-19 postponing...