Snowpiercer's premiere episode on TNT ended with a major twist. Here's a breakdown of the character reveal and what it means for the TV series. 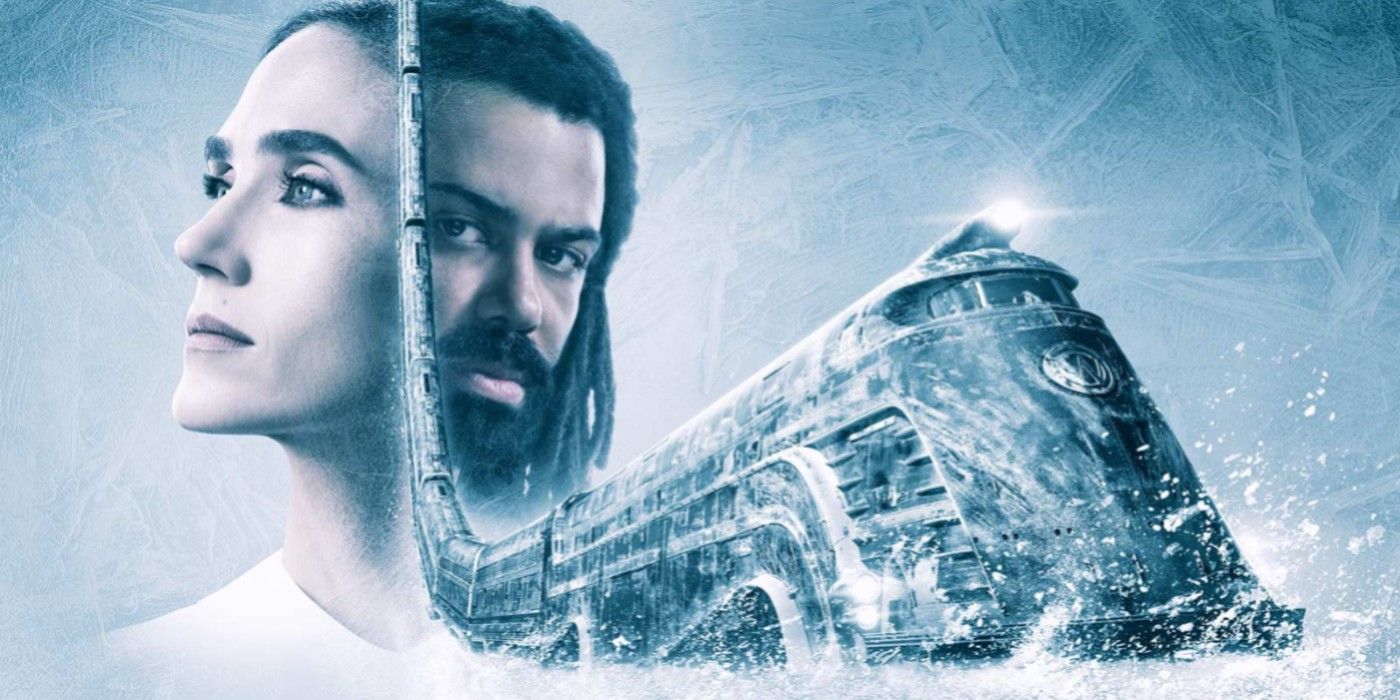 Warning: Spoilers ahead for the Snowpiercer premiere episode!

The debut episode of TNT's TV series ended with a major twist surrounding the identity of Mr. Wilford, the founder of the globetrotting train. The post-apocalyptic series is based on Bong Joon-ho's 2013 film of the same name which was, in turn, inspired by the French graphic novel, Le Transperceneige. The tale follows a giant train (1,001 train cars long) carrying the remnants of society after the world turned into a frozen wasteland. The TV reimagining is headlined by Daveed Diggs and Jennifer Connelly along with an ensemble cast.

In the sci-fi film adaptation, the Snowpiercer train was founded by a man named Mr. Wilford (Ed Harris). His company Wilford Industries built the train after predicting the demise of humanity after the world tried to stop global warming. The enigmatic Mr. Wilford didn't just serve as the train's inventor, he was also the conductor who resided in the front car. Seeing as he was a recluse, the majority of the train never came in contact with the man. The same couldn't be said with the TNT show's version of the character.

Though the TV series is a reboot of sorts, it shares many similarities with the film, including the presence of Mr. Wilford. Other than the tail-end section of the train, the other passengers blindly follow Mr. Wilford as if he was their savior. He invented the circumnavigational train to act as an ark for saving humanity. The employees of the train, including the hospitality team and the breakmen, serve as Mr. Wilford's zealots. Little do they know, Mr. Wilford is actually Melanie Cavill (Jennifer Connelly), the head of hospitality who also serves as the Voice of the Train. At the end of the premiere, Melanie enters the conductor car and takes over the controls as a man refers to her as "Mr. Wilford."

Mr. Wilford's identity marks Snowpierecer's first big twist but it also brings up numerous other questions. Was there another Mr. Wilford who invented the train and then passed on the responsibility to Melanie? In the film version, Mr. Wilford wanted Curtis to take over his role by leading the train. Melanie could have been groomed from the beginning to take over. Another option would be that she was the original founder of the train and used a pseudonym. Melanie was wearing an MIT sweatshirt, indicating her technical education could have led her into becoming a genius inventor.

Either way, the leader of the train now has the power to watch over the passengers without revealing her identity. While the movie version of Mr. Wilford resided in his quarters, Melanie's role as a hospitality employee gives her a chance to directly interact with every segment of the train — and she clearly has a fascination with the lower-class section at the tail. Melanie's goal is to keep balance and order, and she can achieve this by gauging threats first-hand. The rest of the passengers, as well as the workers, are unaware of her true identity, since they bring up Mr. Wilford's name in conversations with Melanie. Of course, the truth will probably come out on Snowpierecer sometime down the line.

Next: Theory: Snowpiercer Is A Sequel To Willy Wonka

Bravo's Camp Getaway Are All Your Favorite Shows Rolled Into One