Man Utd boss Ole … The post Solskjaer explains why ‘had a go at’ one Man Utd man vs Brighton appeared first on Football365. 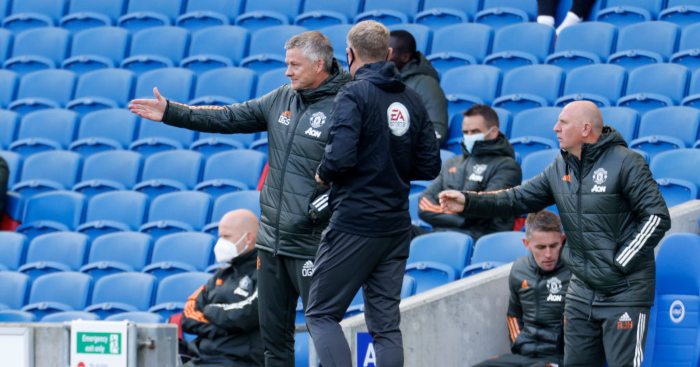 Man Utd boss Ole Gunnar Solskjaer says he “had a little bit of a go at” at Marcus Rashford in the first half of their 3-2 victory over Brighton on Saturday.

Bruno Fernandes converted from the penalty spot with the last kick of the game 10 minutes into added time to snatch three points for Man Utd from a crazy, incident-packed encounter.

Referee Chris Kavanagh had initially blown for full-time before awarding the spot-kick having consulted the pitchside monitor and opted to penalise Neal Maupay for handball.

Albion looked to have secured a point they more than merited when Solly March cancelled out Marcus Rashford’s fine solo effort – which Man Utd said was the 10,000th in their history – five minutes into the additional period.

But, after players from both teams surrounded match official Kavanagh during a remarkable ending to the game, Fernandes was the calmest man in the stadium as he confidently dispatched the ball from 12 yards.

Solskjaer was happy that Rashford got off the mark in the Premier League but admitted that he had to tell the forward off in the first half for shirking a tackle.

The Man Utd boss told reporters: “He was getting better and better but I had a little bit of a go at him just halfway through the first half for a tackle he evaded.

“But I think his reaction, his sharpness is getting better. He is more direct, his confidence is getting there, he scored a great goal and it was a great run and great finish for the one which was disallowed as well. I think Marcus will really kick on this season.”

The post Solskjaer explains why ‘had a go at’ one Man Utd man vs Brighton appeared first on Football365.

Sheff Utd linked with move for Sturridge during striker search

‘We got away with one’ says Solskjaer after victory over Brighton

‘We got away with one’ says Solskjaer after victory over Brighton

Man Utd win away … The post ‘We got away with one’ says Solskjaer after victory over Brighton appeared first on Football365. 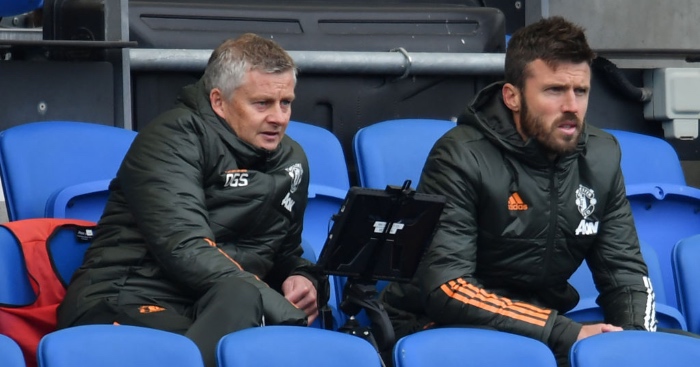 Home side Brighton started well and took the lead in the 40th-minute thanks to a panenka penalty from Neal Maupay.

United equalised minutes later after Bruno Fernandes whipped in a free-kick. Nemanja Matic put the ball into the danger area before Lewis Dunk scored an own-goal.

Solskjaer’s side had a better start in the second half and soon went ahead after a well-taken goal by forward Marcus Rashford.

In the final minutes of the match, Brighton began to pile on the pressure in search of an equaliser. They ultimately found one in the 95th-minute as Solly March lost his marker Bruno Fernandes and headed the ball into the back of the net.

However, the drama wasn’t over as Harry Maguire headed the ball onto Neal Maupay’s arm in the final minute of the match.

The referee went to VAR and decided it was a penalty, which Fernandes soon converted to give United their first win.

Speaking after the match to BT Sport (via BBC), Solskjaer said: “We got away with one. Maybe one point we deserved, we didn’t deserve more. But the character deserved more.

“Last season we had too many draws, so that is a big plus for us.

“They are a difficult team to play against. We don’t have the legs and sharpness but we will get there. We have plenty of work ahead.”

Solskjaer also joked about Brighton hitting the woodwork five times during the match, saying: “You have to be happy Jose Mourinho is not here to measure the goal posts.”

Despite losing the game, Brighton manager Graham Potter will be encouraged by his team’s performance. They were the better team in the first half and were unlucky to concede the penalty in the final minute.

Solskjaer will be happy that his team managed to grind out the victory and pick up their first win of the new campaign.

The post ‘We got away with one’ says Solskjaer after victory over Brighton appeared first on Football365.