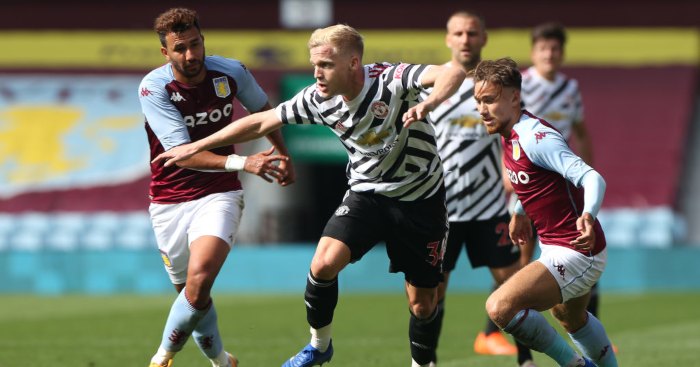 Van de Beek joined United in a £35million deal this summer, and could be set to make his debut against Crystal Palace in their Premier League opener on Saturday.

There has been speculation as to whether United the Dutch international can play with Pogba and Fernandes as a midfield trio, and Solskjaer insists that is a realistic option, though he has other contenders for a starting spot.

Cheeky sees value in Martial to score and Mourinho to lose

He said: “Of course the three of them [Bruno, Pogba, Van de Beek] can start together, you’ve got Scott McTominay, Fred and Nemanja Matic in midfield as well, it’s not just about three players in a squad.

“I think we needed to add goals from midfield and he [Van de Beek] is one of those who will give us runs in from behind, and he adds to the squad really nicely.”

Another point of interest ahead of Saturday’s game is who will start in goal.

Solskjaer refused to announce whether it will be David de Gea or Dean Henderson who will be given the nod, but insists the quality from both in training has been “fantastic”.

He added: “I’m not gonna tell you the team today but the training, goalkeeper training has been fantastic to watch, so enjoyable, highest possible quality you can imagine.

“It’s great to see Luis Enrique talk about David [De Gea] the way he did after internationals. Coaches who work with players have got the respect.

“It’ll be nice if the press talk about what a great goalkeeper [De Gea] we have, and it’ll be great if the press write about but Sergio [Romero] has not come back yet, he’s had some extra time.”

A forensic analysis of Ronaldo’s performance in UEFA Cup...