Solskjaer urges Man Utd players to ‘look at ourselves’

The Man Utd boss … The post Solskjaer urges Man Utd players to ‘look at ourselves’ appeared first on Football365. 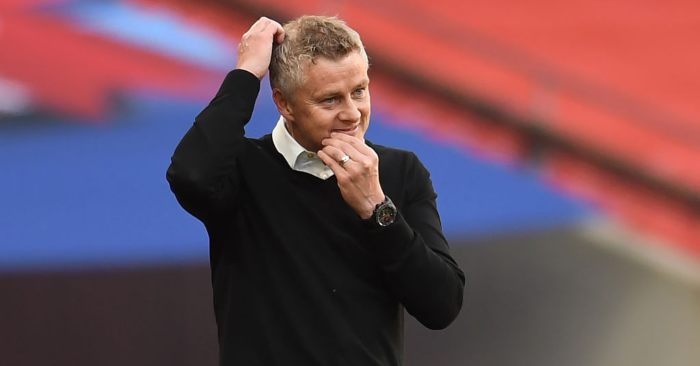 Ole Gunnar Solskjaer says everyone at Manchester United needs to look at themselves in the mirror after his side’s feeble display was punished by Crystal Palace.

Having ended the Norwegian’s first full season in the hotseat with three cup semi-finals and a third-placed Premier League finish, the 2020/21 campaign got off to an alarming start at an empty Old Trafford.

Zaha fired home that retaken spot-kick and the former United player impressively wrapped up a 3-1 victory at Old Trafford, where debutant Donny van de Beek had temporarily reduced the deficit.

“Yeah, you can see we’re short and they deserved the points,” Solskjaer said. “They were sharper than us in the challenges, tackles.

“We started off slowly and that had a knock-on effect for the rest of the game when they got the first goal.

“We had a long season last season and we didn’t finish until August 16, and we’ve not had enough preparation time to be sharper.

“Of course we’ve worked hard with the ones who have been here, there’s been a few players that have been away on internationals.

“But Roy (Hodgson) said they had four friendlies and this is their third competitive game, which is a bit different to our one against Aston Villa last week.”

But the performance only highlighted the need to add to Van de Beek’s acquisition before the October 5 deadline, with fan consternation at the lack of signings palpable online in the absence of attending supporters.

“We can play so much better than today,” Solskjaer said. “If you look at the players we’ve got on the pitch and on the bench and not here today, I think we all need to look within first.

“We need to look at ourselves and we know that we have to perform better.

“Then again, we’re always, always looking to improve if there’s something out there that’s available to the right price.

“We always want to strengthen but I think we can all look ourselves in the mirror today instead.”

Solskjaer did not believe Palace should have been awarded a penalty for handball against Victor Lindelof but understood why it was retaken, even if the United boss felt that decision was “harsh”.

The post Solskjaer urges Man Utd players to ‘look at ourselves’ appeared first on Football365.