Sony has quietly released a new video that shows its forthcoming Airpeak drone over the remote Iromote Island in Okinawa. The video features the drone outfitted with both a Sony Alpha 7S Mark III and new FX3 as well as the 14mm f/1.8 G-Master. Sony has been slowly publishing news and updates with regards to […] 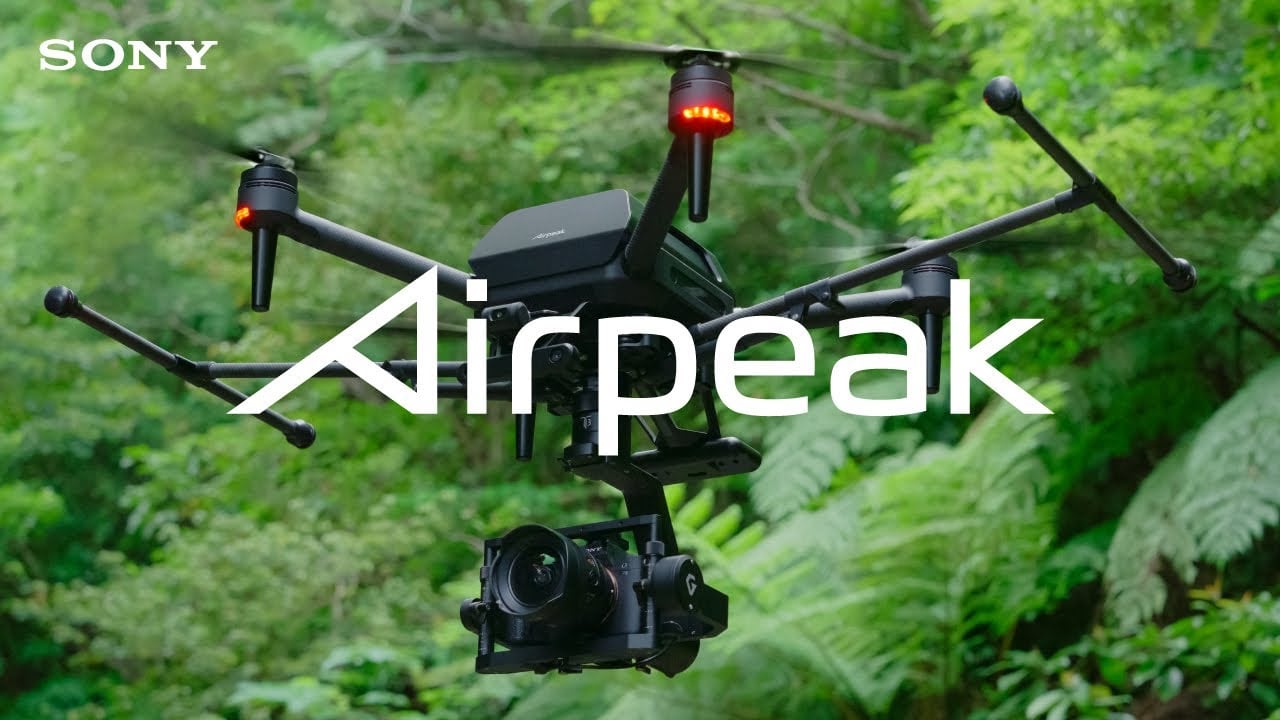 Sony has quietly released a new video that shows its forthcoming Airpeak drone over the remote Iromote Island in Okinawa. The video features the drone outfitted with both a Sony Alpha 7S Mark III and new FX3 as well as the 14mm f/1.8 G-Master.

Sony has been slowly publishing news and updates with regards to the status of the Airpeak drone program since it officially revealed the system in January. Recently, Sony published an impressive wind resistance test that showed the drone is capable of maintaining its position with a full camera payload despite some seriously strong wind conditions.

As spotted , the video above is the most recent test conducted by the Airpeak team and shows footage that appears to be a mix captured from either the Alpha 7S Mark III or new FX3 camera as both are featured at some point in the short two-minute clip. All of the footage was captured using Sony’s 14mm f/1.8 G-Master lens though, which shows the kinds of sweeping shots that are possible when Sony’s latest wide-angle lens is paired with an aerial perspective.

“We have continued with field testing Airpeak in different environments, and in this issue would like to share video footage from field testing in Okinawa’s Iriomote Island,” Sony writes. “Footage was recorded using the recently announced 35mm Alpha E-mount FE14mm F1.8GM lens, and taking advantage of the ultra wide-angle lens, we were able to capture the dynamic natural landscape of Iriomote Island.”

While Sony has quietly published news about the Airpeak’s development over the last few months, this particular video is not included in its news feed and is unlisted for unknown reasons.

Sony is seeking professional collaborators for the purpose of obtaining feedback about its Airpeak drone system in both the United States and Japan. “Professional collaborators” are defined as people and companies who currently use drones professionally to create content or provide additional services to customers. Those who are welcomed to the program will receive updates on events and other activities hosted by Sony, be given opportunities to collaborate with products under development, and receive the latest information on our product development. Click here to sign up for the program.

If Sony sticks to its initial timeline, the official announcement of availability for the Airpeak is imminent, as the company said in January that it would be launching the new business segment in the spring of 2021.

Eufy home security camera owners have reportedly found a way to access EufyCam camera feeds and saved videos from other users in an apparent security flaw. Eufy home security camera owners have reportedly found a way to access EufyCam camera feeds and saved videos from other users in an apparent security flaw. The brand is owned by Anker and is well-known in the US for its security cameras, video doorbells, and even its robot vacuums.

As reported by 9to5Mac, Eufy's security glitch first surfaced in a Reddit thread over the weekend, where users from around the globe explained in detail what happened to them. They described the issue as a breach and said they were worried now about their devices being insecure.

"Anyone else have this? I checked my app today (from New Zealand) and noticed none of the videos were of my own. They are from someone in another country (nice Mustang) - "Kangaroo Cam" alludes to being in Australia somewhere. I can also see their contact details (as added accounts). Is this a normal thing to be able to access anyone else's cameras?"

“Basically I could see every camera, their front door and backdoor bells, master bedroom, living room, garage, kitchen, their motion recordings, everything,” one Eufy owner noted. “I was wondering what was going on as it still had my email and name as signed in and noticed that some unknown email, I’m guessing of the Hawaii owner, was in my shared guest account.”

Users also said on Reddit that they received a message from Eufy claiming the issue was part of a server error:

The issue was due to a bug in one of our servers. This was quickly resolved by our engineering team and our customer service team will continue to assist those affected. We recommend all users to:
1.Please unplug and then reconnect the home base.
2.Log out of the eufy security app and log in again.
Contact support@eufylife.com for enquiries."

Pocket-lint has contacted Eufy for comment, but it already told Android Police the problem lasted an hour and did not affect baby monitor products.

How to use color in commercial photography