Sony Has Discontinued the a6500 Mirrorless Camera

Sony appears to have discontinued the a6500 camera as it has been removed from the company’s official website while distributors have also marked the camera as “no longer available.” Originally reported by Sony Alpha Rumors, the mid-range APS-C camera sat amidst Sony’s still somewhat confusing APS-C camera line and its loss reduces the total number […] 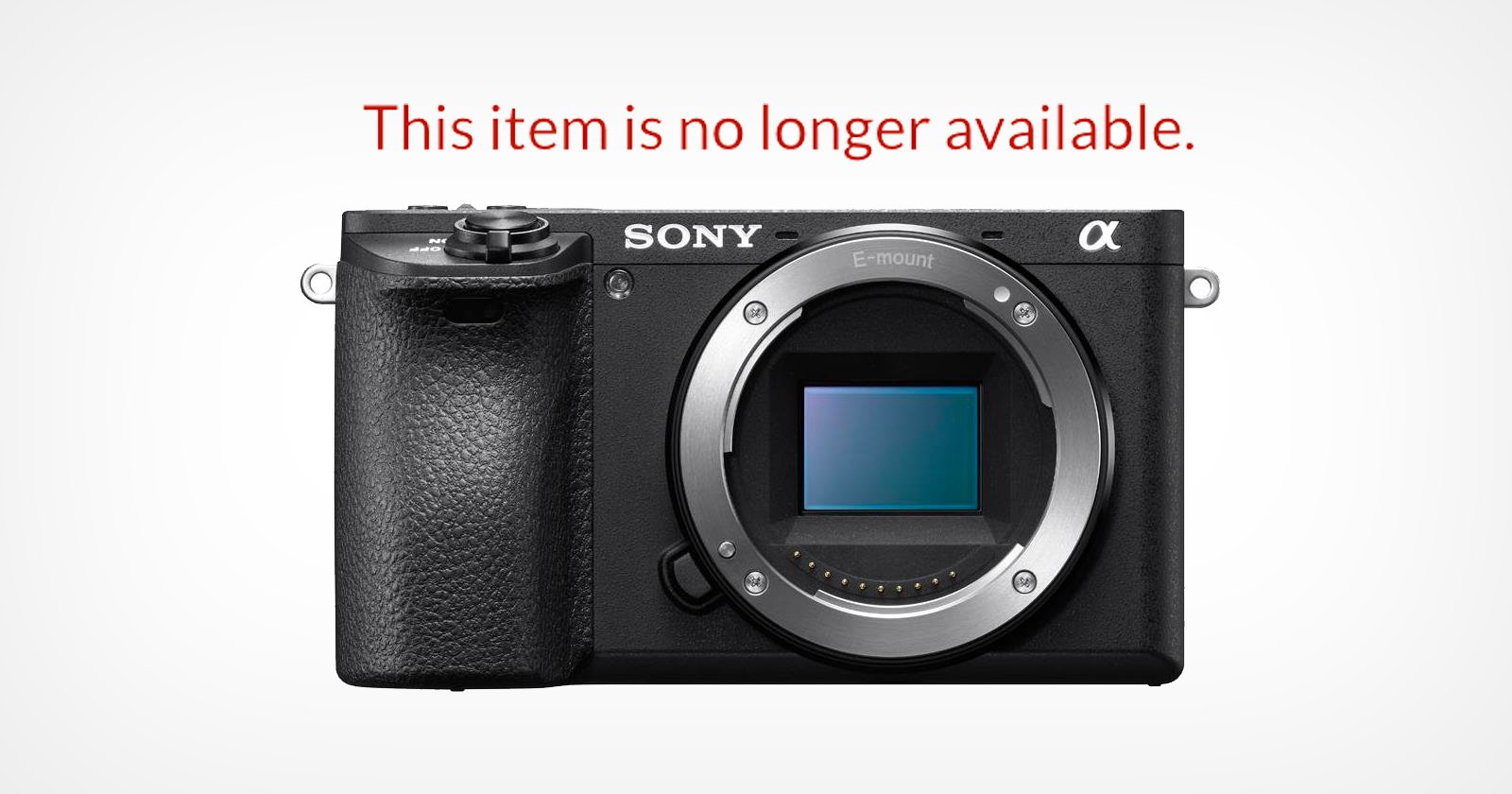 Sony appears to have discontinued the a6500 camera as it has been removed from the company’s official website while distributors have also marked the camera as “no longer available.”

Originally reported , the mid-range APS-C camera sat amidst Sony’s still somewhat confusing APS-C camera line and its loss reduces the total number of cameras from five down to four: the a6000, a6100, a6400, and a6600.

Last fall, Sony discontinued the a6300 which was announced back in 2016 and at the time boasted the world’s fastest autofocus system thanks to the highest number of AF points on a sensor.

The a6500 came just a couple of months later and leapfrogged the a6300, touting the fastest autofocus and highest number of AF points on a sensor just as its predecessor once did. The a6500 was called Sony’s APS-C flagship and would sit atop the hill until the a6600 came nearly three years later.

Somewhat strangely, Sony seemed content to add to the number of options in its APS-C interchangeable camera range rather than retire old models right off the bat. In what is likely an effort to provide a sense of choice, Sony seriously muddied the waters. At one point, consumers had six different a6000-series cameras to choose from, each with marginally different sets of features and prices. Sony has now retired both the a6300 and the a6500 and therefore reduced the confusion somewhat, however it is still likely challenging for customers to understand the differences between the a6000 and the a6100.

While the a6000-series has gratefully shrunk a bit, that reportedly won’t last for long. Rumors have been circulating that Sony is on the precipice of announcing a new APS-C camera in the a6000-series, though the final name of the camera is not yet known. Currently, it is expected to replace the a6600 and may feature a 32-megapixel sensor, 4K at up to 60 frames per second in 10-bit, feature a fully articulating screen, and a similar form factor to the a7C. For now, it is still a rumor, but believes that it should see an official announcement by the end of May.

Watching any Milky Way timelapse is almost always an awe-inspiring experience, but add in the stellar location of the European Space Agency’s (ESA) Ariane 6 rocket launch site and you’ve got a recipe for something truly special. As Digital Trends reports, the agency is currently preparing for the arrival of Europe’s next-generation launch vehicle. The […] 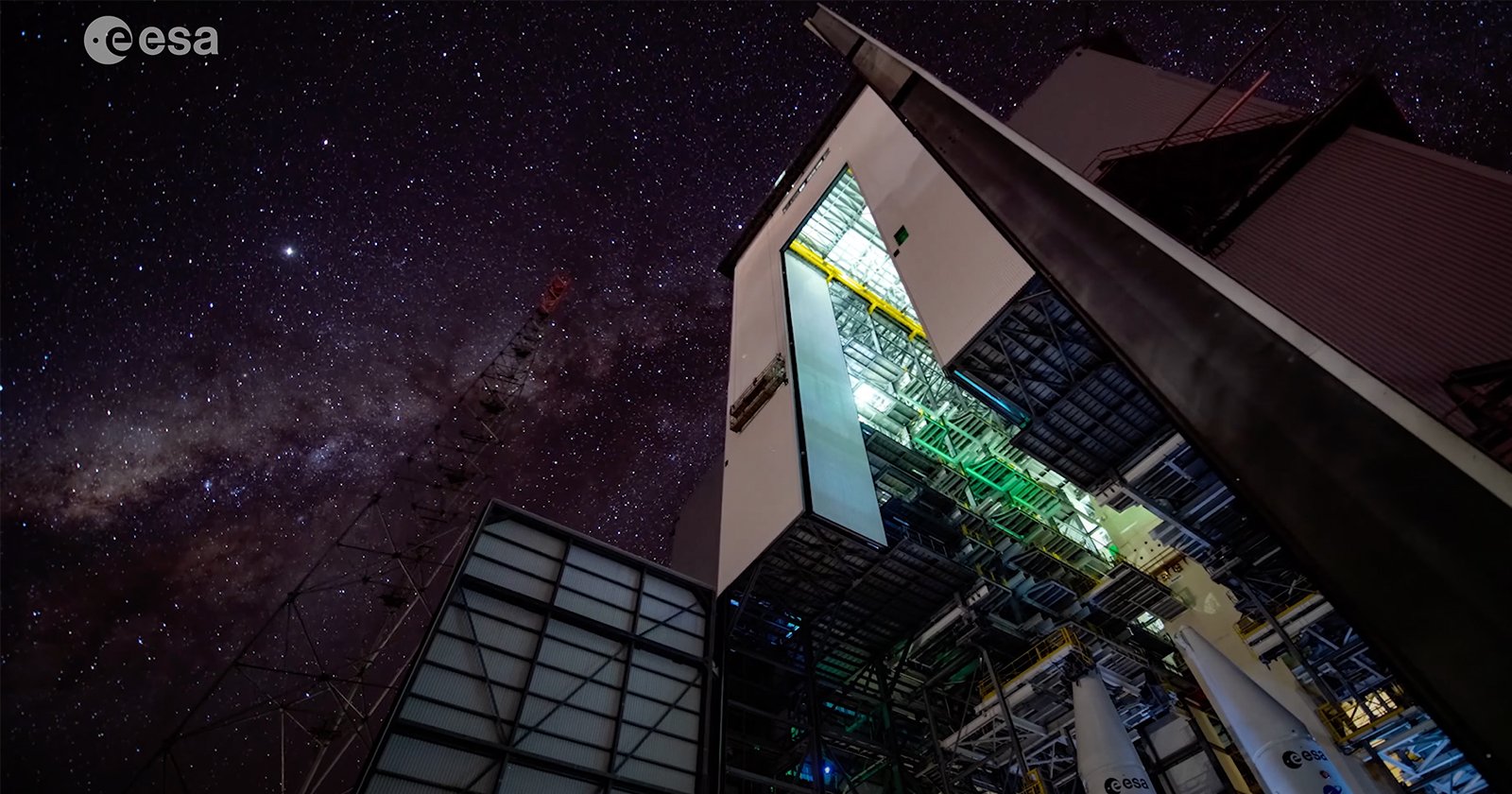 Watching any Milky Way timelapse is almost always an awe-inspiring experience, but add in the stellar location of the European Space Agency’s (ESA) Ariane 6 rocket launch site and you’ve got a recipe for something truly special.

As reports, the agency is currently preparing for the arrival of Europe’s next-generation launch vehicle. The above starscape-filled timelapse was filmed around the launch base in French Guiana and lets you “imagine yourself stepping out of the launcher assembly building or standing on the launch pad in front of the 90-meter high mobile gantry, to look at the stars.”

The video opens with a breathtaking view of the Milky Way before shifting gears and showing off several of the night scenes around the ESA’s launch site in South America where Europe’s next-generation heavy-lift rocket will soon lift off from. Comprised of two versions, the Ariane 6 is a modular three-stage launcher (Solid-Cryogenic-Crogenic) and is configured with an A62 with two strap-on boosters and an A64 with four boosters. The entire Ariane 6 sits at just over 60 meters tall (196.85 feet), which is just about the same height as SpaceX’s Falcon 9.

The European Space Agency says the new rocket will weigh nearly 900 tons when launched with a full payload that is “roughly equivalent to one-and-a-half Airbus A380 passenger airplanes.” The video below shows what this launch mission should look like once the rocket finally gets started.

Sitting at the top of the rocket is the 20 meters (65.6 feet) tall and 5.4 meters (17.7 feet) diameter Ariane 6 fairing which will contain the various payloads and protect them from any thermal, acoustic, or aerodynamic stress during the ascent to space. This section has only recently arrived at the launch facility and will undergo a series of tests before its maiden voyage into outer space. While the rocket was initially scheduled to launch back in 2020, multiple delays — including some caused by the global coronavirus pandemic — have caused the mission to be pushed back until the spring of this upcoming year (2022).

7 tips for improving your cat photography skills at home

Photo Editing Tablet Comparison: Is Wacom Still Worth It?

Portraits of My Son’s Outfits for COVID-19 Homeschooling

The shortlist for the 2020 Sony World Photography Awards...