Forgive Peter Malnati if he’s a bit dizzy. Teeing off at high noon Friday in the second round of the Sony Open in Hawaii, Malnati, who (...) 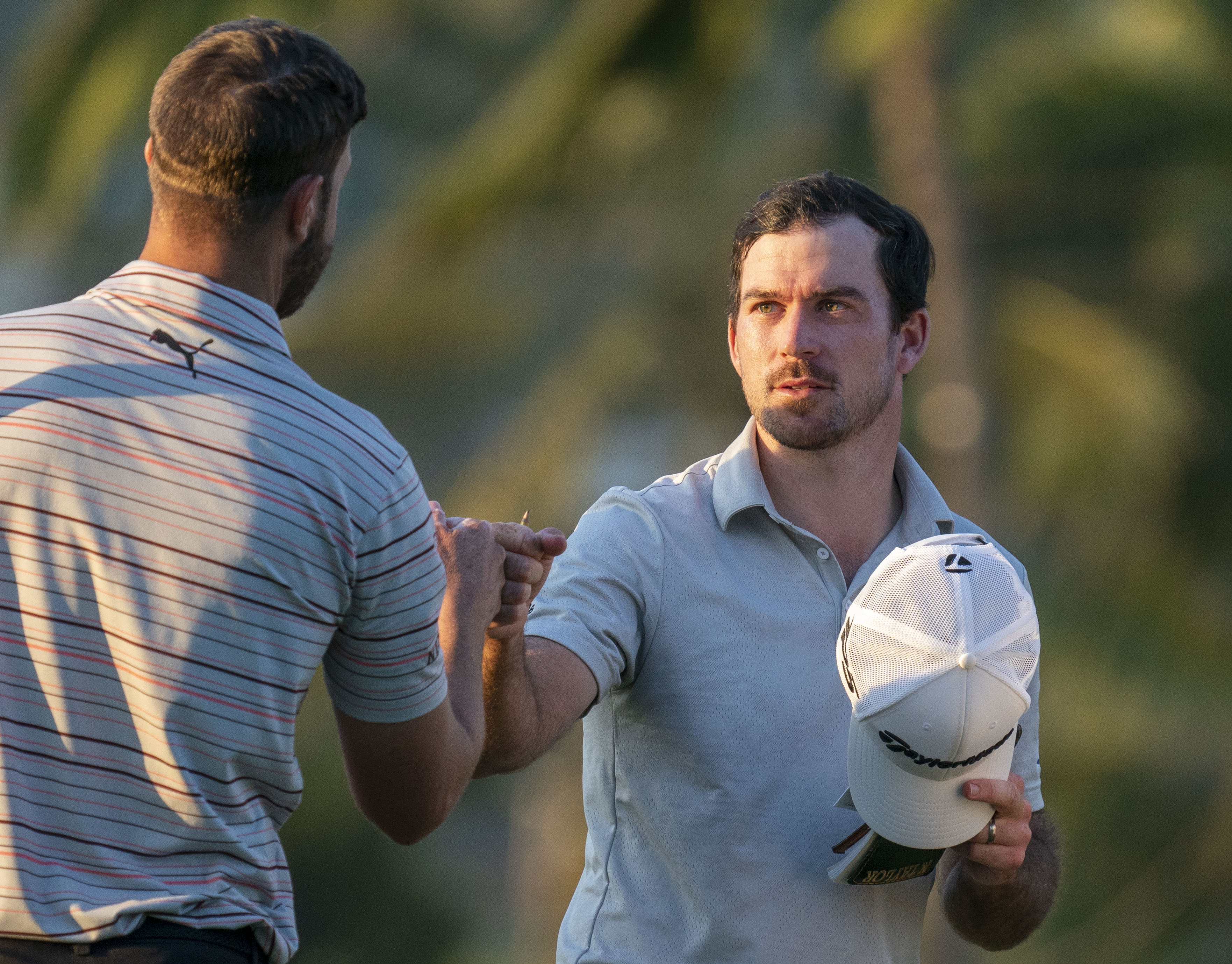 Teeing off at high noon Friday in the second round of the Sony Open in Hawaii, Malnati, who shared the first-round lead after a sizzling 8-under-par 62, quickly was in free fall down the leaderboard.

Playing like someone whacked his bucket hat – while he was wearing it – Malnati didn’t sniff a red number on his first seven holes at Waialae Country Club.

Seven holes in, 5 over. Ninety minutes into his round, he was closer to the cutline than to the top of the scoreboard.

“It was crazy,” Malnati said.

And then he turned into Dustin Johnson. 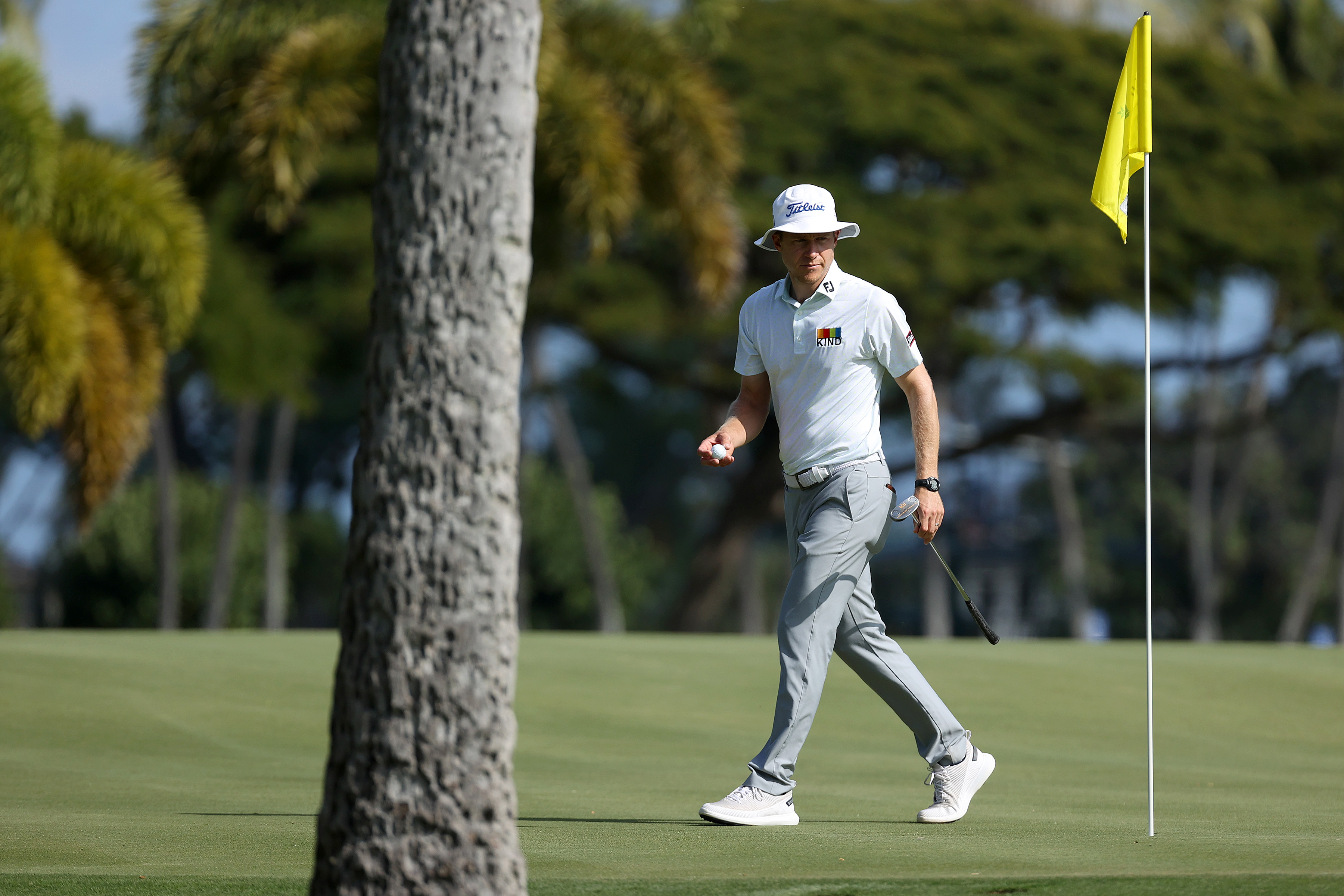 Peter Malnati waves on the tenth green during the second round of the Sony Open in Hawaii at the Waialae Country Club on January 15, 2021 in Honolulu, Hawaii. Photo by Gregory Shamus/Getty Images

“That was very satisfying to be in a testy little spot when I go bogey, double-bogey, bogey. It’s like, I’m leading the tournament and now I’m at the cut line. So to turn around and play really well feels great.”

On a calm, Chamber of Commerce day by the ocean, a wild scoring day erupted and produced continual activity on the leaderboard to set up a potential stampede on the weekend as 45 players are within six shots of the lead.

Nick Taylor’s career-low round of 62 was the low round of the day and moved him to 12 under and two shots clear of the field.

Eight players are at 9 under, including reigning PGA champion Collin Morikawa (65), Marc Leishman (65), Hideki Matsuyama, who was 7 under on his last seven holes to shoot 65, and Joaquin Niemann (69), who lost in a playoff last week in the Tournament of Champions.

“It’s just one of those weeks where you’re just going to sort of have to keep your head down, worry about your own thing and try to not make any bogeys and try to make as many birdies as you can because it’s sort of going to be somewhat of a shootout because it’s going to be bunched up,” said Billy Horschel, who also is at 9 under after a 66. “That’s my mindset: head down, blinders on and play any game until I get to the back nine on Sunday.”

Right now, however, everyone is chasing Taylor. He turned a potential disaster on the par-5 ninth – his final hole of the day – into a birdie to polish off his seven-birdie, one-eagle round. 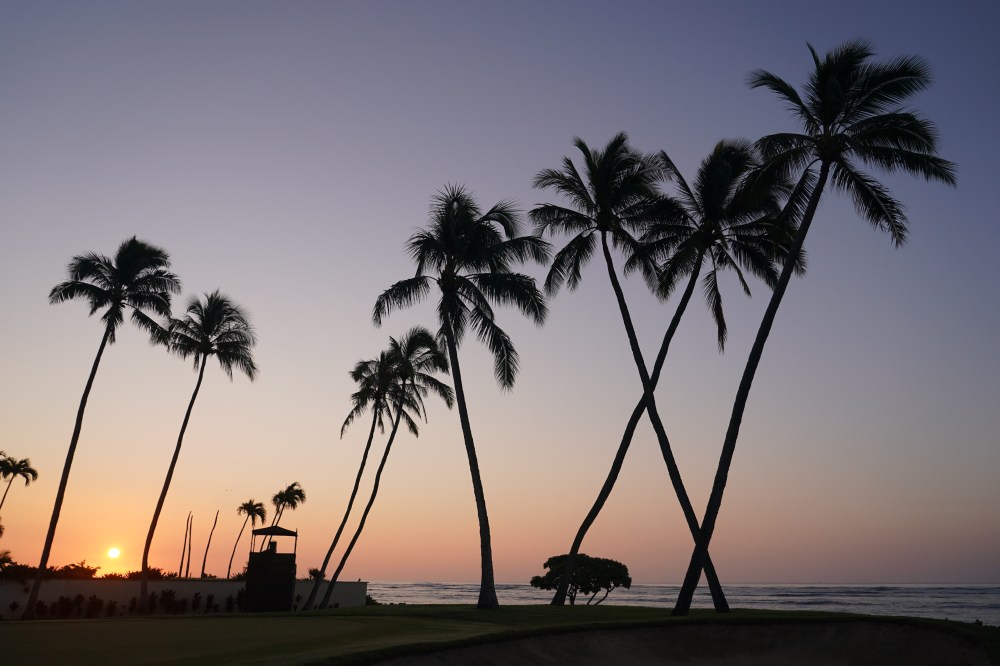 His drive was about a foot short of the out-of-bounds chain-link fence that borders the driving range. Taylor could have easily swung left-handed but the mesh netting connected to the OB fence is deemed a temporary immovable obstruction and it often blows out past the OB fence into the playing area of the hole.

Taylor was allowed a free drop because the mesh netting was in the way of the direction he wanted to hit the shot. Thus, he was granted relief and from there he laid up to 53 yards and hit his third to two feet.

“Unfortunately, I’ve been there before, so I had a hunch I was going to get a drop,” Taylor said. “I called an official just to double-check. It was a fortunate break. Easily could have probably gone under the fence, but to bounce off and get a drop was a break and it was nice to take advantage of it.”

Taylor was 1 over for his round on his first five holes and near the cutline but was 9 under his final 13.

“You have slow starts and you get hot,” Taylor said. “I probably haven’t done that a lot. With the wind dying down, you’re able to attack and I just rolled a lot of nice putts in. I’ve putted well the last two days. Early on today, the first four or five holes, I made some nice par putts. I was 1 over and then I started hitting it better and giving myself opportunities and kept making putts.

“I’ve actually hit quite a few fairways, except for the final hole there. If I keep driving it well and hitting my lines, there’s lots of birdies out there and I’m going to have to keep making them.”

Patriot Golf Day a chance to honor fallen and disabled...