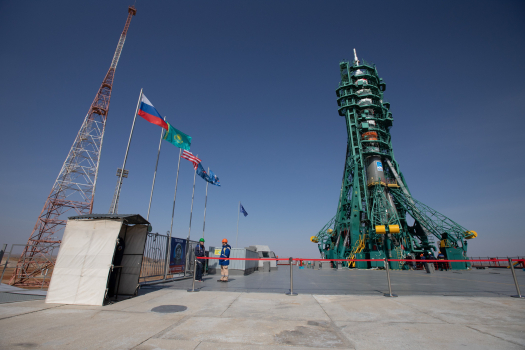 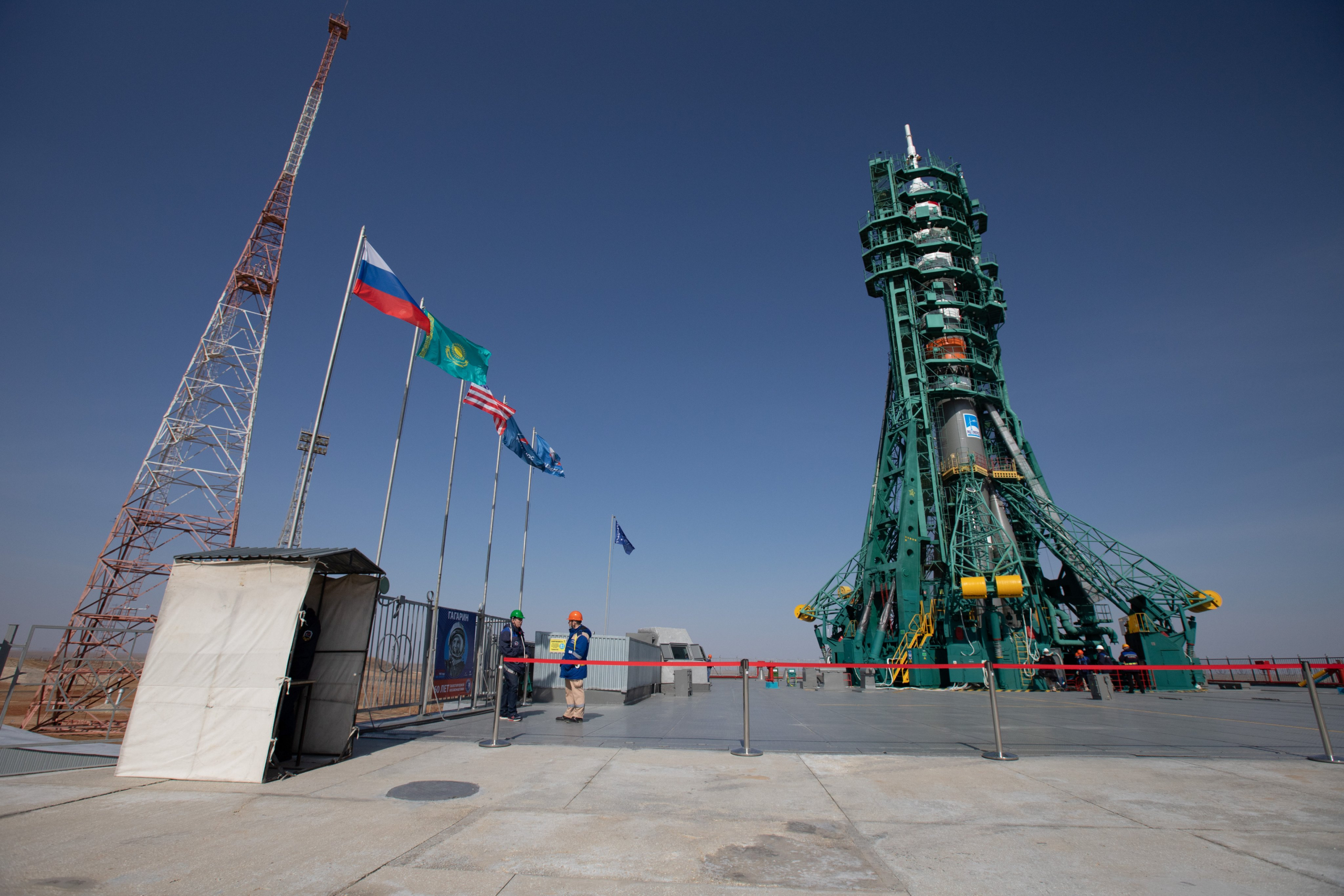 The Soyuz MS-18 spacecraft, carrying three new members for Expeditions 64 and 65, is currently awaiting launch to the International Space Station at 07:42 UTC, which is 03:42 EDT or 12:42 local time at the Baikonur Cosmodrome, Kazakhstan on Friday, April 9.

The launch comes three days before the 60th anniversary of Yuri Gagarin’s groundbreaking orbital flight when he became the first member of the human race to reach space.

Fanfare and celebrations will mark the occasion, as does the name given to this Soyuz spacecraft — an exceptionally rare event for the Russian space program which usually does not bequeath individual names to their spaceships (though callsigns chosen by crewmembers are standard for Russian crew flights).

For Soyuz MS-18, Roscosmos has named the Soyuz spacecraft , and while the flight will not lift off from Site 1/5 as Gagarin did 60 years ago, it will launch from neighboring Site 31/6 at the same cosmodrome.

Gagarin’s launch pad hosted its final launch on September 25, 2019 with Soyuz MS-15. The pad was not upgraded to support the Soyuz-2 rocket over the previous Soyuz-FG variant which flew from the site.

A plan to reconfigure Site 1/5 for Soyuz-2 has been developed, with Dmitry Rogozin stating in June 2020 he hoped to complete negotiations on the modernization work soon.

Overall, Soyuz MS-18 will be the 146th launch of a crewed Soyuz spacecraft, which began human flight operations on April 23, 1967 with the first generation of the craft. Soyuz (spacecraft) has since undergone numerous upgrades and improvements, with the MS-series of crew vehicles being the current variant.

Liftoff of this mission is timed for exactly 07:42:41 UTC, 03:42:41 EDT, the exact and only second on April 9 that Earth’s rotation brings Baikonur to a point in relation to the Station’s orbital plane to allow the Soyuz (rocket) to lift off and exactly 8 minutes 44 seconds later at orbit insertion and engine shutdown have placed itself directly into the center of the Station’s orbital plane.

This precise choreography sets up a super-fast 3-hour, two orbit rendezvous with the Station, greatly reducing the time the three crewmembers have to spend in transit to their destination.

After lifting off from Site 31/6, the Soyuz 2.1a rocket launching the mission will roll and pitch downrange, heading east-northeast out of Baikonur into a 51.6 degree inclination orbit.

Flights from Baikonur to the ISS must fly this route to avoid land overflight and potential in-flight abort landings in Mongolia and the People’s Republic of China. The need to avoid overflight of those countries is what drove the decision to place the International Space Station into a 51.6 degree orbit in the 1990s.

After a successful launch and automated rendezvous, Soyuz MS-18 is scheduled to dock to the Station’s Rassvet module at 11:07 UTC, 07:07 EDT.

Location of the International Space Station in relation to Baikonur at the time of Soyuz MS-18’s planned launch. (Credit: GoISSWatch App)

After physical capture, a series of hooks will drive from Soyuz into the ISS to form a hard dock, after which the vestibule between the crafts will be pressurized ahead of hatch opening.

With docking, there will be 10 people aboard the International Space Station until Soyuz MS-17 departs for a landing in Kazakhstan on April 16.

Cosmonaut Oleg Novitsky of Roscosmos, a veteran of Soyuz TMA-06M/ISS Expedition 33/34 and Soyuz MS-03/ISS Expedition 50/51 with 340 cumulative days in space, is the Commander of the Soyuz.

He is joined by rookie cosmonaut Pyotr Dubrov, serving as the flight engineer.

A late addition to the crew was NASA astronaut and retired US Army Colonel Mark Vande Hei, a veteran of the 168 day Soyuz MS-06/ISS Expedition 53/54 mission.

The Soyuz MS-18 crew was originally supposed to be all-Russian, with Novitsky, Dubrov joined by Sergey Korsakov — with Anton Shkaplerov, Andrey Babkin (originally), and Dmitry Petelin as the backup crew. 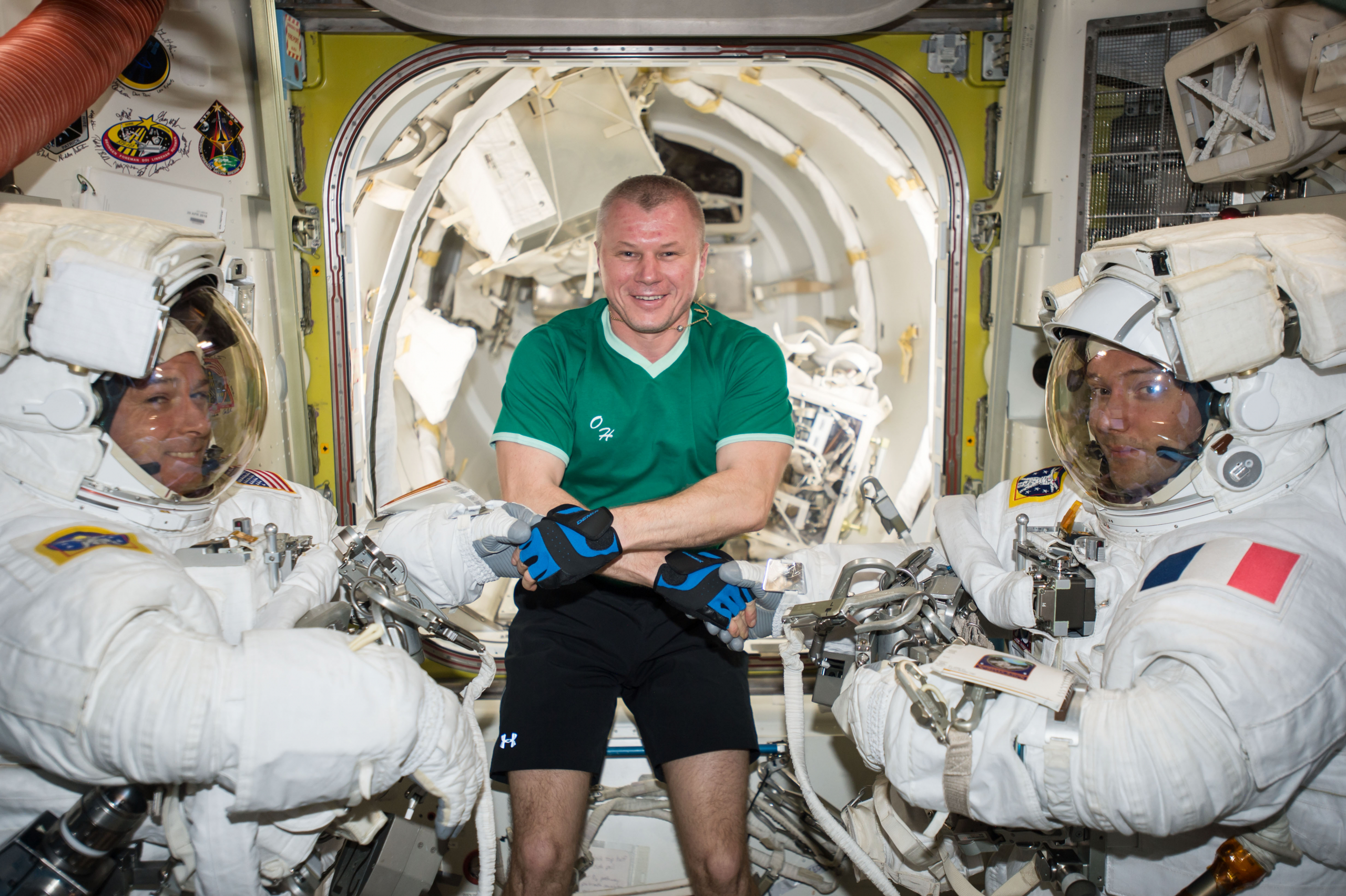 However, NASA sought to obtain a supplemental seat aboard a Soyuz to guarantee at least one US crew member aboard ISS in the event of any problems which would keep Crew Dragon or Starliner on the ground for a prolonged period.

This led to a barter agreement between NASA and Roscosmos to fly an American astronaut on the Soyuz MS-18 mission in exchange for Russian cosmonauts flying aboard the US Commercial Crew vehicles to the ISS.

Even before the crew swap was agreed, the Soyuz MS-18 backup crew was changed due to medical issues with Babkin, who was replaced by Oleg Artemyev.

Soyuz MS-18 is scheduled to return to Earth on October 13 following more than 180 days in space. However, unlike the vast majority of Soyuz crew missions to the Station since 2003, Vande Hei and Dubrov will not return with the craft they launched on.

Instead, Roscosmos will launch Soyuz MS-19 no earlier than October 5 with Commander Anton Shkaplerov and two civilian spaceflight participants. Russian film director Klim Shipenko and a Russian actress, who is yet to be named, will film a movie called “The Challenge” and spend approximately a week aboard the ISS before returning to Earth aboard Soyuz MS-18 with Novitsky. 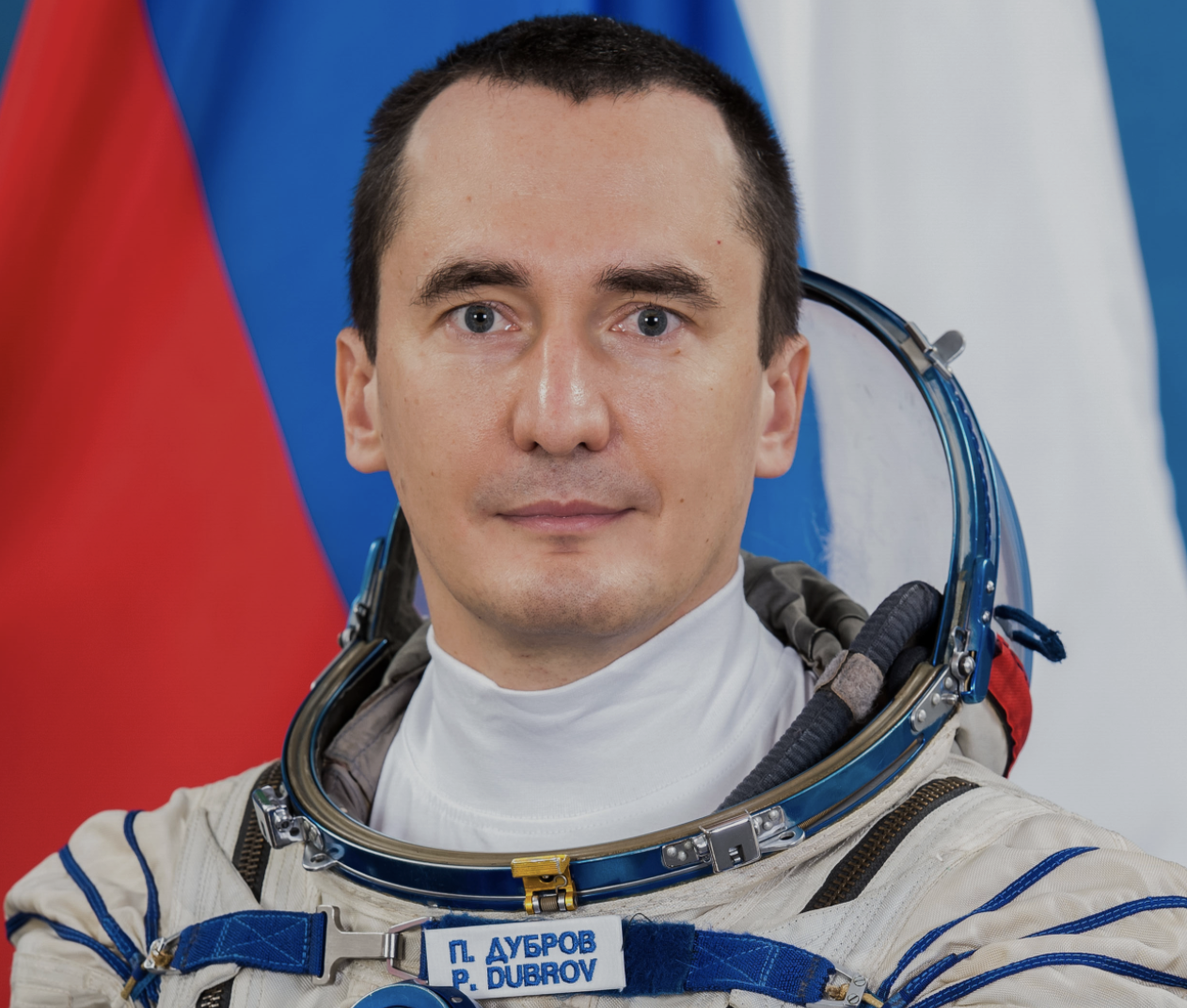 Vande Hei and Dubrov will therefore have an extra long-duration mission that will last into early 2022 before they and Shkaplerov return to Earth on Soyuz MS-19, with that landing currently planned for March 28, 2022.

This planned timeline means Vande Hei and Dubrov will spend 353 days in orbit. For comparison, the “Year In Space” mission of Scott Kelly and Mikhail Kornienko lasted 340 days.

Crew-2 and Soyuz MS-18 will both deliver the full Expedition crew of seven to the Station, who will take over from the current seven occupants. During the following half year, the crew will be busy conducting numerous experiments in many scientific disciplines. Among these are cotton root system studies, a tech demonstration of a portable ultrasound device, and studies on amyloids that can cause Alzheimer’s disease.

The Russian crewmembers will also oversee the long-planned departure of the Pirs docking compartment and subsequent arrival of the new Nauka multipurpose laboratory module — which will mark the first Russian modular addition to the Station since Shuttle Atlantis delivered the Rassvet module in May 2010.

To accommodate Nauka’s arrival, Pirs will first be deorbited by the Progress MS-16 spacecraft in order to clear the port on the Zvezda module that Nauka needs to dock to.

Nauka will then be launched with a European Robotic Arm atop a Proton-M rocket no earlier than July 15 from the Baikonur Cosmodrome.

It is possible, based on current schedules, that Pyotr Dubrov may also see an addition to Nauka in the form of the Prichal module, which is currently scheduled for launch no earlier than November 24, 2021.

The Soyuz MS-18 mission, as the first crewed launch of 2021, marks the start of a busy and eventful time in the history of the International Space Station and of human spaceflight, with up to nine launches carrying human beings scheduled for this year from Kazakhstan, the United States, and China.

(Lead image: The Soyuz 2.1a rocket with Soyuz MS-18 on the launch pad at Baikonur. Credit: Roscosmos)