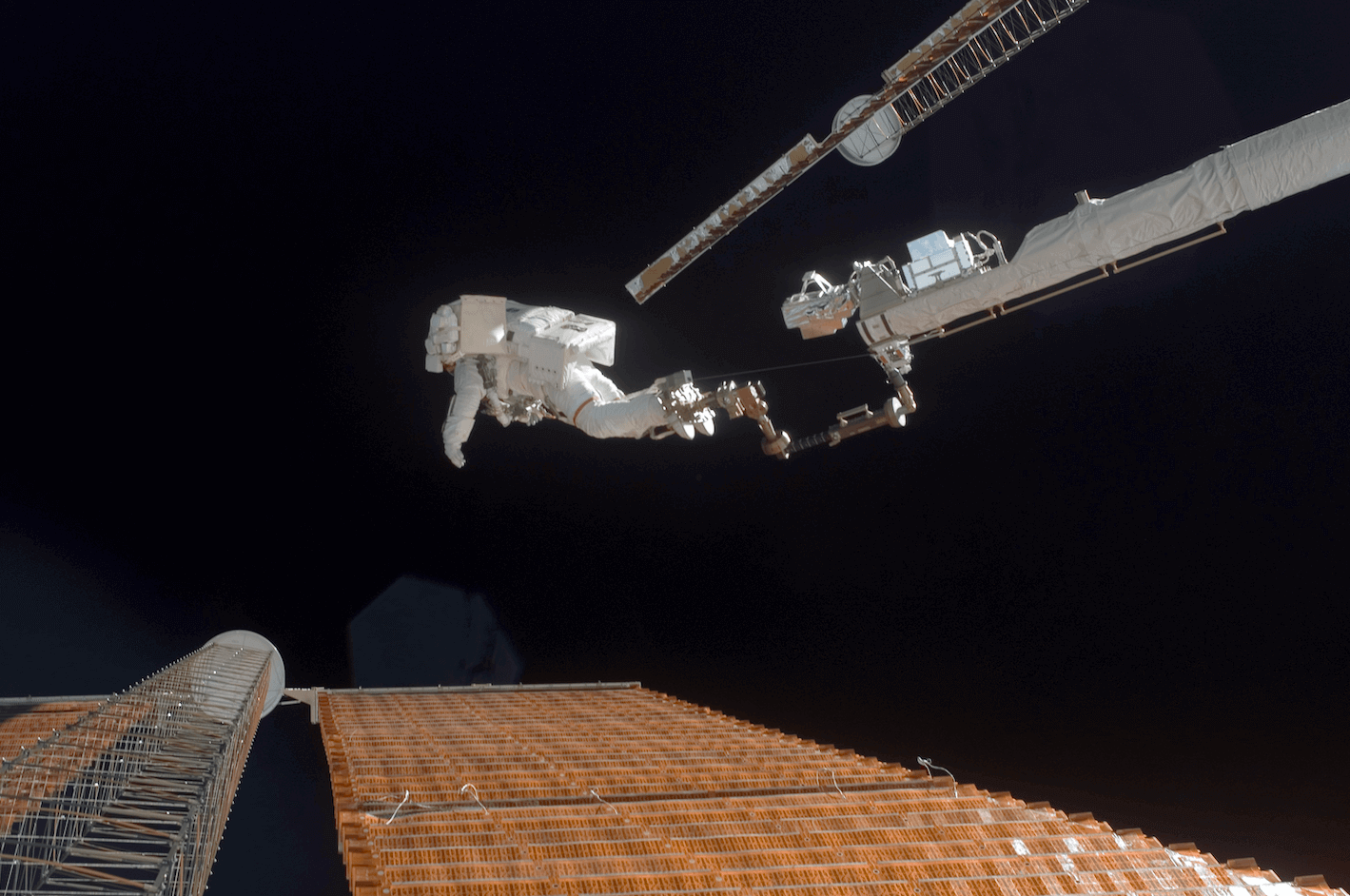 Two astronauts aboard the International Space Station (ISS) conducted a spacewalk to begin the process of increasing the station’s electrical power generation output.

Due to degradation — which was expected — the power-generating arrays now only produce around 160kW of power.  At the same time, the Station’s users, including the recently added Nanoracks Bishop airlock and European Bartolomeo external platform, are requiring more power than was originally envisioned at the time of the outpost’s design.

The six IROSAs will be launched two at a time on a pallet inside a SpaceX Cargo Dragon 2 trunk starting with the CRS-22 flight in June 2020.  The new arrays will be installed via spacewalks.

Constructing this was the goal of US EVA-71.

The location of today’s work on the 2B and 4B arrays on the P6 truss. (Credit: NASA)

Another upper bracket was then be constructed and attached to the 4B Mast Canister Assembly, as was the right lower strut.

Completion of the 4B Mast Canister Assembly mod kit will be performed on US EVA-72, currently scheduled for 5 March.

Get Ready To Launch America!