SpaceX will begin the global launch year with the flight of Türksat 5A, a Turkish… The post SpaceX to loft Turkish satellite to orbit in first global launch of the year appeared first on NASASpaceFlight.com. 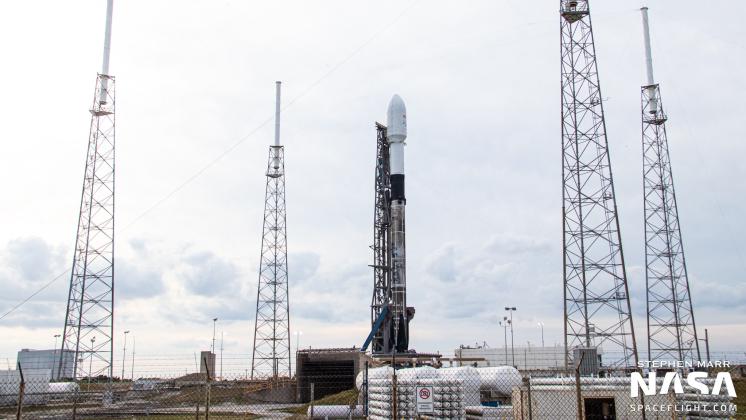 SpaceX will begin the global launch year with the flight of Türksat 5A, a Turkish communications satellite.

Liftoff of the Falcon 9 rocket is slated to occur from SLC-40 at the Cape Canaveral Space Force Station in Florida during a 4-hour launch window that opens on 7 January at 20:28 EST (8 January at 01:28 UTC).

The payload: Türksat 5A

The only passenger aboard the flight will be the civilian Türksat 5A telecommunications satellite, owned and operated by Türksat and built by Airbus Defence and Space.

With a mass of 3,500 kilograms, the satellite is built around the all-electric Eurostar E3000EOR bus with a power system capable of generating 12 kilowatts for its 42 Ku-band transponders that will service Turkey, the Middle East, continental Europe, and portions of Africa.

Development of the satellite began in September 2011 as part of a cooperative effort between Türksat and Turkish Aerospace Industries.

After six years, Türksat signed a contract with Airbus Defence and Space to build the satellite — as well as its companion, Türksat 5B — at the same time they signed a launch contract with SpaceX to bring the crafts into their initial geostationary transfer orbits.

Once properly positioned at the 31° East location directly above the equator, the satellite will operate for a planned 15 years for civilian use.

The military use of past Türksat satellites has caused concern among Armenians, who protested the launch outside SpaceX headquarters in October 2020 to voice their concerns that the satellite could be used against Armenia — as Türksat 4B previously has.

The protests were unusual for the space industry, especially given the number of military or joint civilian/military use satellites launched globally each year that encounter no such protests.

Türksat 5A represents a significant advancement in space-based operations for Turkey, in particular for Türksat, which has used the partnership with Airbus Defence and Space not just for construction of Türksat 5A and 5B, but also as a way to learn the processes of developing and building satellites domestically. 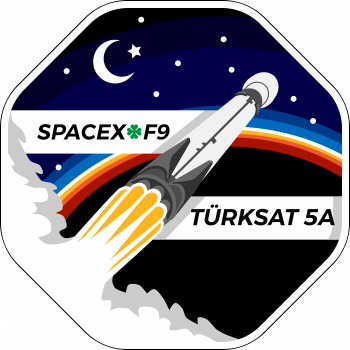 The under-construction Türksat 6A and 6B satellites are capitalizing on that knowledge, being built entirely domestically.

Türksat 5A will ride to orbit on SpaceX’s workhorse Falcon 9 rocket, which will make its first flight of 2021. SpaceX has set a goal of 48 launches this year, including numerous Starlink missions, several resupply flights to the International Space Station, GPS satellite launches, National Reconnaissance Office missions, a NASA asteroid planetary defense test flight, and a potential maximum of four crewed missions.

On top of the Falcon 9 manifest, there are also up to three Falcon Heavy flights planned for this year: USSF-44 and USSF-52, both of which are classified missions for the U.S. Space Force, and a ViaSat-3 communications satellite.

For the Türksat 5A mission, Falcon 9 will utilize first stage B1060.4, which previously flew the GPS-III SV03 and Starlink v1.0 L11 and L14 missions in June, September, and October of 2020, respectively.

After successfully completing its countdown and lifting off the launch pad, Falcon 9 will perform a pitch and roll maneuver to align itself onto the proper azimuth, or compass heading, to fly due east out of Cape Canaveral to begin the first part of the journey of lofting the satellite into geostationary transfer orbit.

Following first stage shutdown and separation, the booster will perform a landing on the drone ship located 673 km east of the Florida spaceport in the Atlantic Ocean.

The fairing catcher vessels Ms. Tree and Ms. Chief will be staged 786 km downrange, where they will recover the two halves of the payload fairing.  Both fairing halves are being reflown from previous missions, with one half flying on the GPS-III SV03 mission and the other flying on ANASIS II.

After reaching an initial parking orbit, Falcon 9’s second stage will enter a coast period as it tracks downward toward the equator.

Once there, the stage will reignite its Merlin Vacuum optimized engine to push the orbit’s apogee several tens of thousands of kilometers above Earth sea-level into the proper geostationary transfer orbit needed for Türksat 5A.

Performing this burn at the equator aligns the orbit’s perigee and apogee points directly above the equator as well — something needed for the satellite’s post-deployment engine burns.

A geostationary transfer orbit typically results in an orbital apogee between 20,000 and 35,786 kilometers, the latter of which is geostationary orbit altitude.

These types of transfer orbits usually have orbital perigees between 250 and 350 km — though higher perigees can be requested by payload customers.

Once in the proper transfer orbit, the Falcon 9 second stage will release Türksat 5A, leaving the satellite’s electric propulsion thrusters to finish the job of bringing it into geostationary orbit and reducing its orbital inclination of roughly 28.45° down to 0°.

Those orbit raising and inclination changing burns occur around the apogee point — which is aligned over the equator to maximize the efficiency of each orbit change burn. 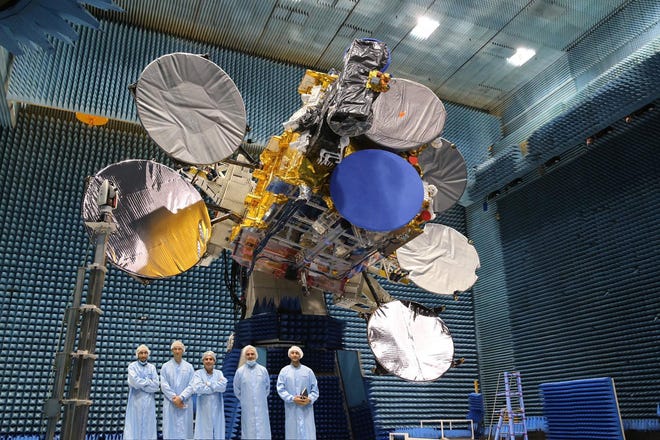 This type of orbit raising operation is the most common way the industry uses for bringing heavy geostationary satellites into orbit.

Direct geostationary orbit insertion for large telecommunications satellites is possible, but larger rockets like Falcon Heavy, Atlas V 551, and Delta IV Heavy would be required on the U.S launcher front.

With Türksat 5A’s all-electric propulsion system, it will take the satellite roughly four months to raise itself into the proper geostationary orbit altitude, reduce its orbital inclination to 0°, and correctly position itself at the 31° East location.

During this period, Türksat operators will deploy the satellite’s solar arrays and begin on-orbit checkouts of its various systems so it is ready to enter service relatively quickly after it arrives at its assigned geostationary orbit location.

Lead image: The Falcon 9 for Türksat 5A. Credit: Stephen Marr for NASASpaceflight

The post SpaceX to loft Turkish satellite to orbit in first global launch of the year appeared first on NASASpaceFlight.com.

Are You Up to the Task of Navigating Space with NASA?

???? A New Era of Human Spaceflight