The name of the country's next chancellor is still unknown as both SPD's Olaf Scholz and CDU's Armin Laschet voiced their intentions to form a ruling coalition. 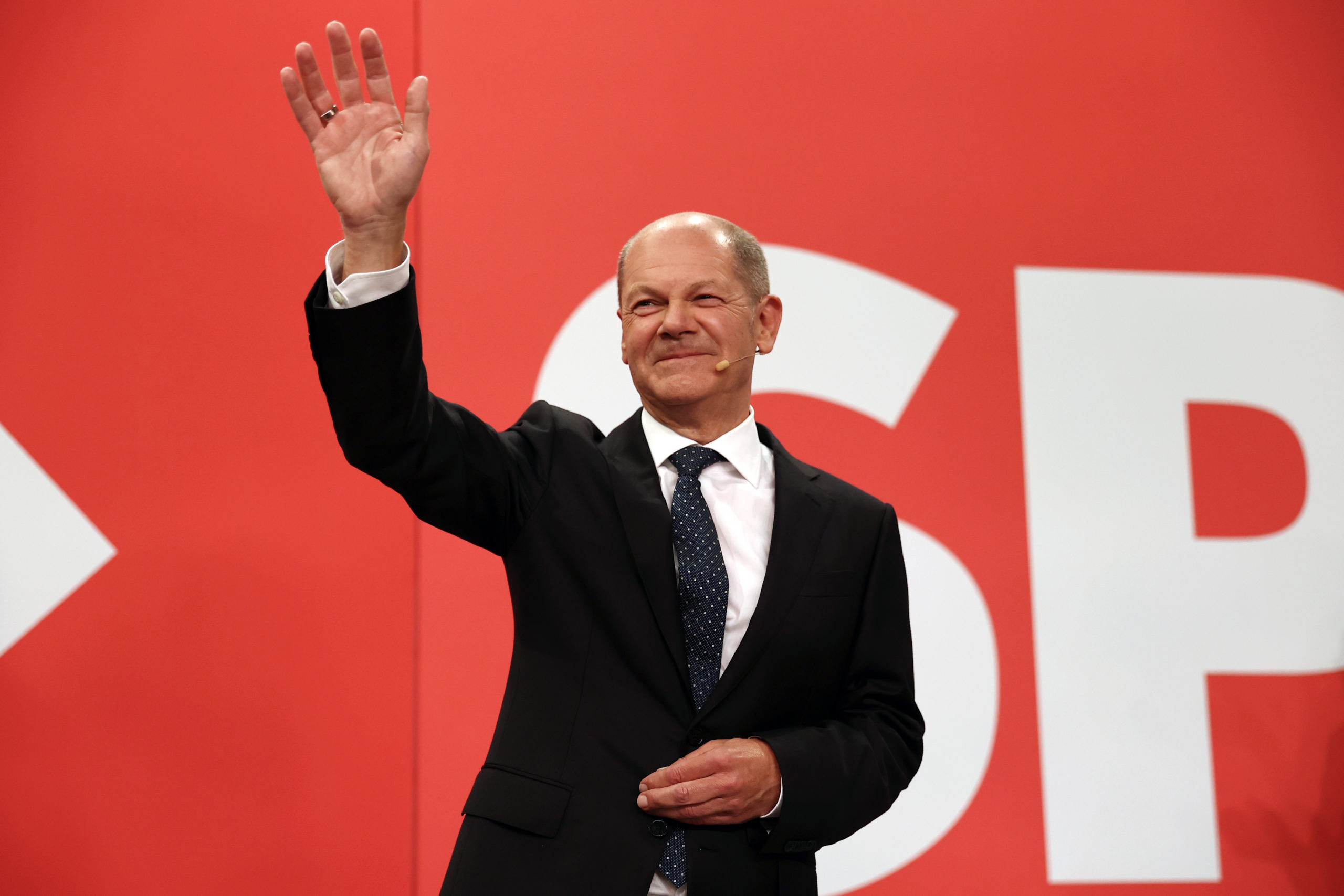 The SPD won the 2021 German election with 25.7 percent of the vote, slightly ahead of the CDU which got 24.1 percent, according to official preliminary results published early Monday morning by Germany’s federal returning officer. But the name of the country’s next chancellor is still unknown as both SPD’s candidate Olaf Scholz and CDU’s candidate Armin Laschet voiced their intentions to form a ruling coalition.

In third place are the Greens, led by Annalena Baerbock, at 14.8 percent. Liberal party FDP is behind at 11.5 percent and AfD, the far-right party, fell at 10.3 percent. Die Linke, the far-left party, finished at 4.9 percent. Although they fall below the 5 percent threshold, the party will still enter the Bundestag due to an exception in German election law, as they won more than three “direct mandates”.

Although the SPD won the electoral vote by a margin of 1.6 percent and Scholz announced he would start coalition talks with the Greens and the FDP, Laschet also stated that he will begin exploratory negotiations with both parties.

The German constitution does not specify that the chancellor has to belong to the largest parliamentary group. They only have to form a ruling coalition.

In pictures: All the trappings of an Election Day, even without a clear winner

In pictures: All the trappings of an Election Day, even without a clear winner

Images from Germany's big day at the ballot boxes. There might even be a dog. (There's a dog.) 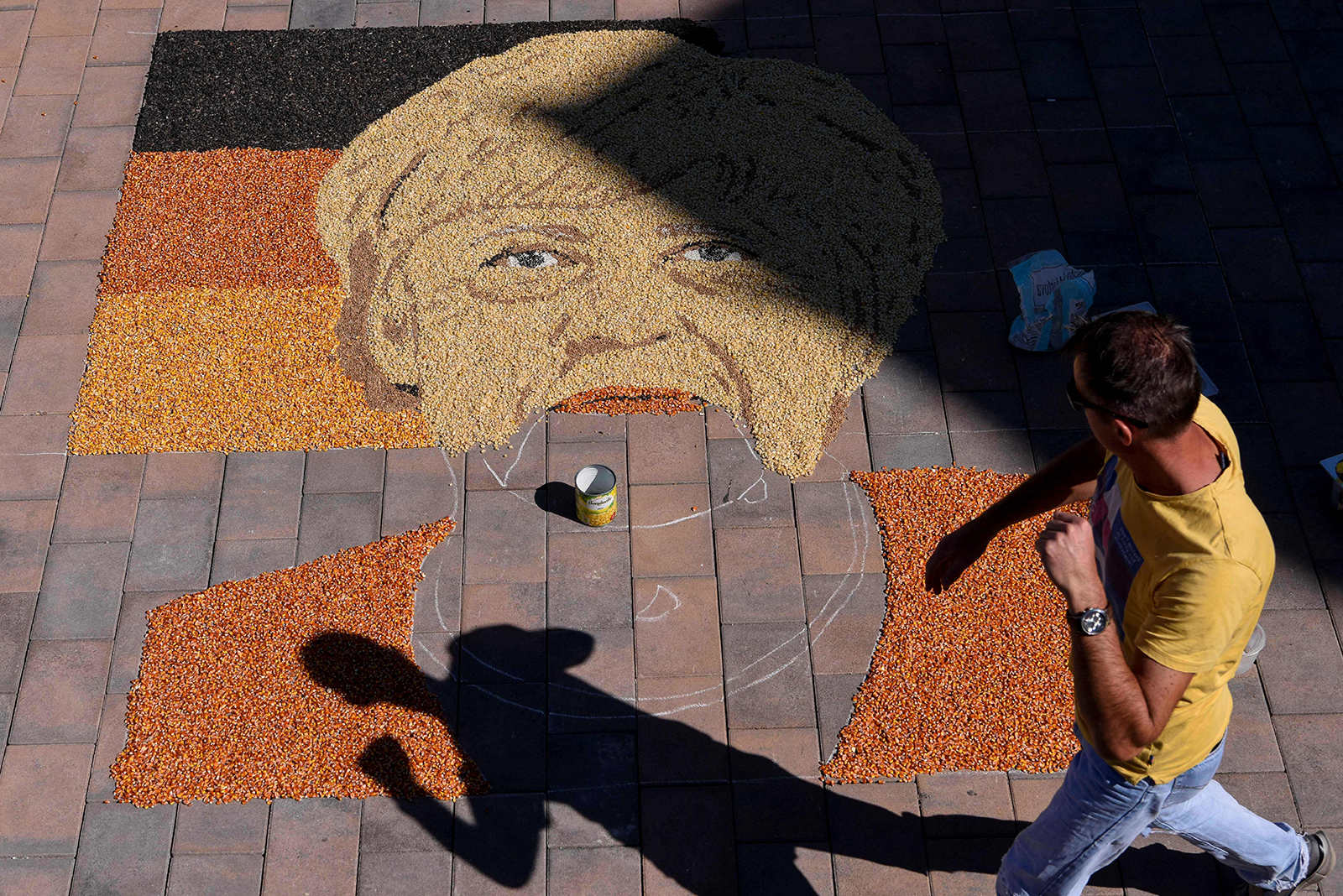 Germans took to the polls en masse on Sunday, charged with, among other things, finding a new chancellor.

But as the clock ticked over from Sunday night into the wee hours of Monday morning, this much was clear: They’ll be waiting a while, and so will we.

Election officials warned that a surge in mail-in ballots this year — thanks, global pandemic — could mean further delays in assembling the final tally. And once that’s in hand, it could still be weeks before we know who will take over the chancellery.

If you’re already weary of talking heads trying to make sense of it all on television, or speculative takeaways churned out on the platform of your choosing (present company excluded, of course), perhaps seeing some familiar faces — er, scenes — will help soothe your nerves.

With the Artistic Representation of an Election out of the way, let’s switch gears to see how Sunday started, with “Important People Voting:”

And they had plenty of help finding those polling places, should they have needed it, thanks to a multitude of “Signs Showing The Way:”

But what, I can hear you asking with trembling anticipation, did it look like inside these polling stations? We aim to please, and thus present “Scenes From Inside Polling Stations:”

OK, the voters have voted. What happens next? Well, reader, are you ever in luck, because you’ve reached “Counting Votes,” aka “Showing Motion In a Still Photograph:”

“Oh, was there an election today? Where?”

As afternoon turned to evening, with exit polls showing a razor-thin margin, it was clearly time for “Tension In A Time Of Uncertainty:”

It was soon time for “Addressing The Masses:”

We shouldn’t be, but we can’t help it: “Looking At Charts,” and its companion piece, “Looking At Phones:”

But at a certain point, it became “Time To Party,” even if there wasn’t much to celebrate.

So ultimately, it’s “Looking On With Anticipation,” redux.

And with that, we return you to your wait. See you back here again when the next Election Day rolls around.

The EU is undermining its democracies while funding its...

How Brussels wants to change your cheeseburger

House of Commons bans virtual voting, opts for a queue

Trump says Merkel and others ‘view us as the world leader’...