SpiceJet Wants Its Planes To Push Themselves Back At The Gate 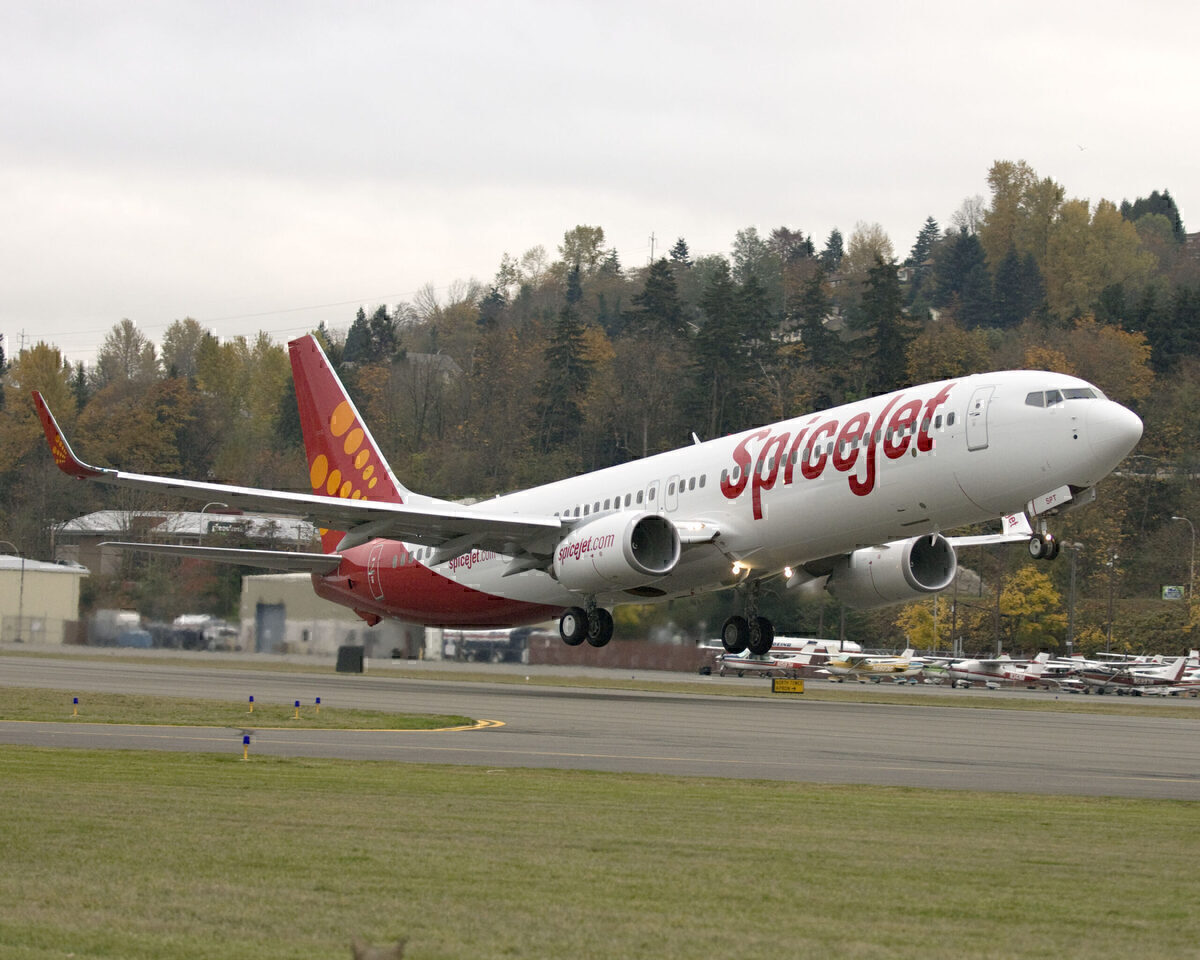 SpiceJet is partnering with electric taxi system maker WheelTug to eliminate the need for external tugs or powering up engines during pushback. The system will allow planes to pushback using electric motors located in the aircraft’s wheels. Let’s find out more.

A key step during an aircraft’s taxi is the pushback. The process of pushing back from the gate and beginning the taxi is usually conducted with the help of external tugs, which are connected to the nose wheels using a tow bar. These vehicles then push the plane into position for their taxi and takeoff.

While planes could use their reverse thrusts to pushback from the gate, this comes with its own concerns and risks. Almost universally, large aircraft use external tugs to move from the gate to the taxiway. But WheelTug wants to change this.

WheelTug has created an in-wheel electric taxi system that will allow planes to pushback without any external force. The electric motor within the wheel is powerful enough to push the plane back and maneuver toward the taxiway. This isn’t just a concept either; the product is already dinner the midst of test runs for an eventual entry into service.

According to Business Insider, SpiceJet has partnered with WheelTug to book 400 production slots for its planes. The move will save the airline thousands of dollars in tug costs and possibly even fuel savings, making the order a wise choice. Critically, the system will also reduce turnaround times for aircraft, giving airlines greater fleet utilization and revenue.

WheelTug will also significantly reduce noise pollution and carbon emissions, helping airlines become more sustainable. However, SpiceJet might have to wait before receiving its first system once it is approved. WheelTug already has 2,200 orders from 25 airlines for the product, including IndiGo, which has the largest single order on the books.

Currently, orders for WheelTug are limited to narrowbody aircraft, such as the Airbus A320 and Boeing 737. However, this could expand in the future and once WheelTug’s system comes into service in early 2022 (if all goes to plan).

While it might seem surprising that airlines are so deeply interested in in-plane pushback systems, there is a financial reason: tugs are expensive. Airport towing can cost up to $100 a minute, making it critical to reduce the time used to tow. However, removing the need for external towing altogether would save airlines millions every year.

Looking at all of this together, the reduced time, cost, and environmental benefits explain why airlines are betting on this technology. SpiceJet and dozens of other airlines all gearing up to see a major shakeup in one of the most routine ground operations for its flights.

What do you think about the future of WheelTug? Let us know in the comments!